Daniil Medvedev and Novak Djokovic will meet in the Cincinnati Masters semifinals, while David Goffin will take on Richard Gasquet in the other last-four clash. 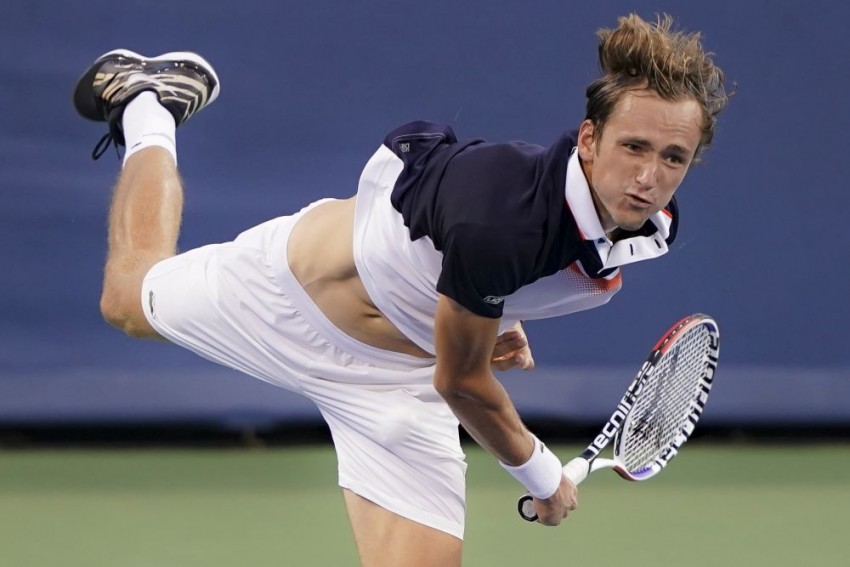 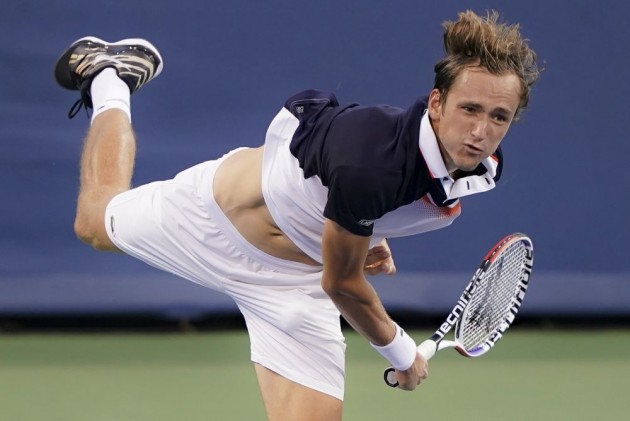 Rublev upstaged Roger Federer en route to the quarter-finals but the qualifier was stopped by Medvedev on Friday.

Medvedev's reward for his straight-set victory is a showdown with defending champion Novak Djokovic in Cincinnati.

David Goffin and Richard Gasquet also moved through to the final four of the ATP Masters 1000 tournament.

ALSO READ: Andy Murray Opts Out Of US Open Doubles

Medvedev maintained his first form with a comfortable 6-2, 6-3 victory against Rublev.

A runner-up at the Rogers Cup in Montreal and Citi Open finalist, red-hot ninth seed Medvedev swept aside Rublev after just 61 minutes.

"Novak is Novak," Medvedev said of his upcoming clash against Djokovic. "There is actually nothing to say about him. Just huge respect."

Top seed Djokovic was a class above as he accounted for Australian Open semi-finalist Pouille 7-6 (7-2), 6-1 in Friday's final match.

Djokovic was pushed all the way in the opening set but the world number one was too good in the second as he eventually cruised to his 63rd Masters quarter-final triumph.

"The beginning of the second set I knew it was very important to try to break his serve right away and get into an advantage, which I did," Djokovic said. "I managed to finish off the match really well."

The other semi-final will see Goffin and Gasquet go head-to-head for a spot in the decider.