Adil Rashid took three wickets in the semi-final vs Australia to help England to the Cricket World Cup final. England will face New Zealand at Lord’s in their first final in 27 years 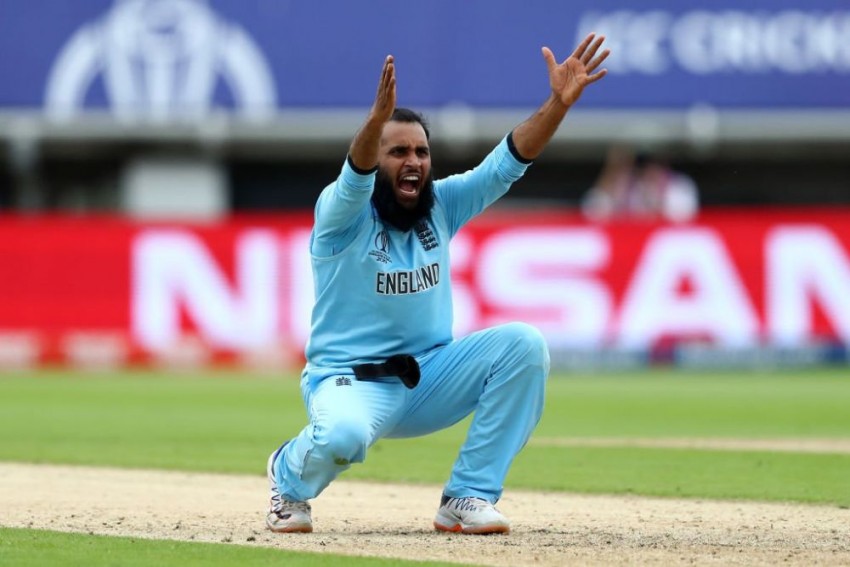 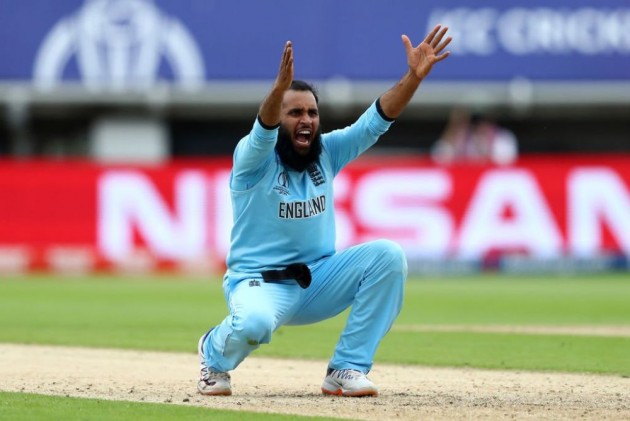 A lot has changed in the last four years - for English cricket and Adil Rashid.

But the first major stop on that journey actually followed a few months later at Edgbaston - and, just as they will be in Sunday’s Lord’s final, New Zealand were the rivals.

This was the real proclamation of the bold new era, Jos Buttler scored 129 and Joe Root 104 as England past 400 runs for the first time.

And Rashid, who’d scored 69 with the bat, took four wickets, including removing Black Caps skipper Kane Williamson with a brilliant googly. What he’d give for more of the same this weekend.

Rashid made his ODI debut in 2009 but after a decline in form was overlooked for the World Cup team in 2015.

But he’s consistently repaid Morgan’s faith in him since, playing 93 of the 98 ODIs in this cycle, more than any other player, including the skipper.

Before the semi-final he’d taken eight wickets for 54 at this tournament but Morgan never stopped believing, with his three-wicket haul against Australia a very valuable case in point.

“He always has the faith in me from day one till now,” said Rashid. “There are going to be games where you don’t go well, that’s part and parcel of cricket but he always has the confidence that I can do a job.

“He’s 100 per cent the best captain I’ve ever played under. He knows my game now inside out.

“I’ve been with him for four years, through good times and not so good times. He knows my strengths and what I’m capable of.

“We have that trust as well. If he senses something, we’ll go by it. We’re easy-going like that and I 100 per cent trust him in all the decisions he makes.”

Rashid - who made Andrew Strauss’s 2011 World Cup team but didn’t play a single game - is only the fourth leg spinner to play one-day cricket for England.

And he’s taken 24 times more wickets than the others, Scott Borthwick, Joe Denly and Ian Salisbury.

But he’s just one match from joining that most legendary purveyors of the art, Shane Warne, as a World Cup winner, with his signature googly one of the most feared deliveries in world cricket.

“I’ve had a bit of a shoulder problem, so I’ve not bowled the googlies as much,” he admitted.

“I know that it’s a big weapon for me. My shoulder has that little bit of problem and I knew I still had to bowl it, even if there was a bit of a pain.

“Before the shoulder I was confident bowling everything. Once you have a niggle it becomes a bit harder with the rotation - the arm gets a bit lower and you don’t find that snap.”

If there was a picture to sum up England’s semi-final victory at Edgbaston it was Rashid and Jofra Archer, the spinner and the speedster, walking off the pitch, arms draped around each other, smiling and joking after their collective five wickets had turned the game.

“We were enjoying the moment, just two buddies having a banter,” said Rashid, when asked to reveal just what they were finding so funny.

“It was nice to contribute and get a few wickets, I reckon there’s been a few times I’ve bowled better but not got the rewards. That happens in cricket, sometimes you bowl well and don’t get wickets.

“I want to keep striving, keep looking to work hard and keeping looking to deliver my skills and be confident in that.”

And a confident Rashid is just what England need.

OPINION | England Were Outstanding Against Australia And Deserve To Be In World Cup Final: Allan Border