Bundesliga Returns! Football Players Warned Eyes Of Germany Are Upon Them

The German Football League (DFL) convinced Chancellor Angela Merkel and the country's regional leaders to allow play to resume by agreeing to submit to an extraordinary set of guidelines to prevent infection. 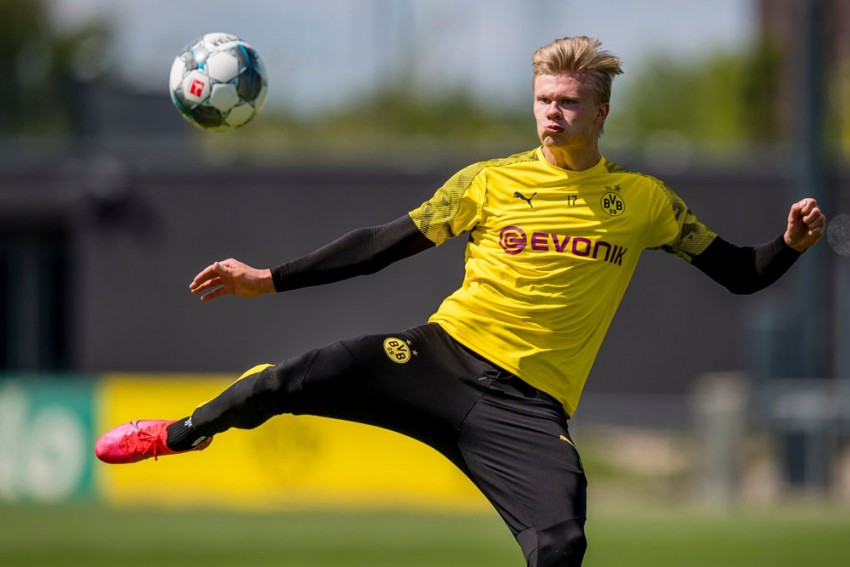 Borussia Dortmund will take on local rivals Schalke 04 in the Ruhr Derby on Saturday.
Twitter
PTI May 16, 2020 00:00 IST Bundesliga Returns! Football Players Warned Eyes Of Germany Are Upon Them 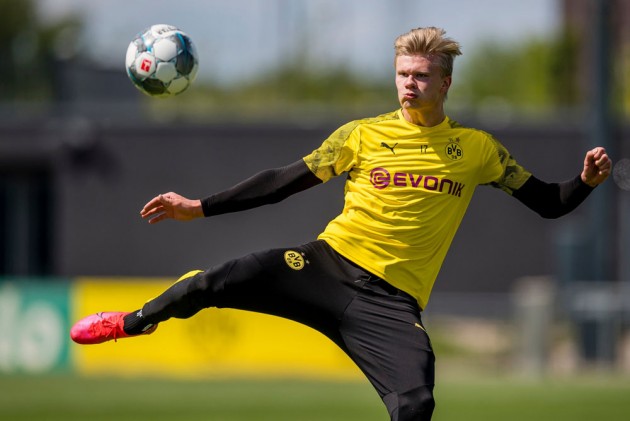 Football in Germany returns to the pitch on Saturday as the Bundesliga becomes the first of Europe's top leagues to swing back into action since the coronavirus lockdown.

The German Football League (DFL) convinced Chancellor Angela Merkel and the country's regional leaders to allow play to resume by agreeing to submit to an extraordinary set of guidelines to prevent infection.

The stadiums will be empty and silent except for the players' shouts and the referees' whistles -- Germany has suffered far fewer deaths from coronavirus than other large European countries, but it is still too dangerous for crowds to return.

Borussia Dortmund will take on local rivals Schalke 04 in the Ruhr Derby on Saturday.

That fixture would normally have attracted an 82,000 crowd to Dortmund's Signal Iduna Park but supporters will be locked out.

On Sunday, Bayern Munich, who were four points clear at the top of the table when the season was suspended in March, will resume their quest for an eighth successive Bundesliga title when they play in the capital against Union Berlin.

To minimise the risk of infection, players and staff are being tested regularly and each club has been in a week-long quarantine ahead of the matches.

Teams will arrive at stadiums in several buses in order to meet social distancing requirements inside the vehicles. Once on the pitch, players have been warned not to hug to celebrate goals.

Substitutes and coaches on the bench must wear protective masks.

Some have already fallen foul of the unprecedented rules.

Augsburg's new coach Heiko Herrlich has ruled himself out of Saturday's match at home to Wolfsburg after leaving the team hotel to buy toothpaste.

"I made a mistake," Herrlich said.

"I did not live up to my function as a role model for my team and the public."

While Herrlich was criticised, there was sympathy for Union Berlin coach Urs Fischer after he broke quarantine following a family bereavement.

It means he must miss his side's clash with Bayern.

"All our sympathy goes to the Fischer family in this difficult time," said Union president Dirk Zingler.

Ex-Chelsea striker Salomon Kalou, 34, has been suspended by Hertha Berlin for shaking hands with team-mates.

Bavaria's state leader Markus Soeder warned that those who fail to follow the regulations should expect consequences.

"If the health experts have given you these suggestions, if the league itself has worked out concepts at great expense, then you have to abide by these rules," Soeder said Friday.

"And if you don't follow them, in case there is any doubt, there will be 'a red card'." The coronavirus has claimed over 7,800 lives in Germany.

A poll by broadcaster ARD showed 56 percent of the German public are opposed to football's return and the players have been warned that the eyes of the nation are upon them.

"Down to the last player, everyone knows to abide by the rules," said Bayern chairman Karl-Heinz Rummenigge.

With leagues still suspended in England, Italy and Spain, the Bundesliga will have the footballing world's attention to itself.

Bundesliga CEO Christian Seifert has warned the matches will "look and feel different".

"With so few days of preparation, it's impossible to say where we stand."

"When I see the emotions we have developed over the last few days, even in a training game, it shows our greed for regular competition," Mueller wrote on LinkedIn.

The clubs want to finish the nine remaining rounds of matches by June 30 in order to claim around 300 million euros ($324 million) in television money. Several clubs are reported to be suffering deep financial problems.