Bournemouth claimed their first point since the Premier League resumed in June by holding a blunt Tottenham side to a goalless draw. 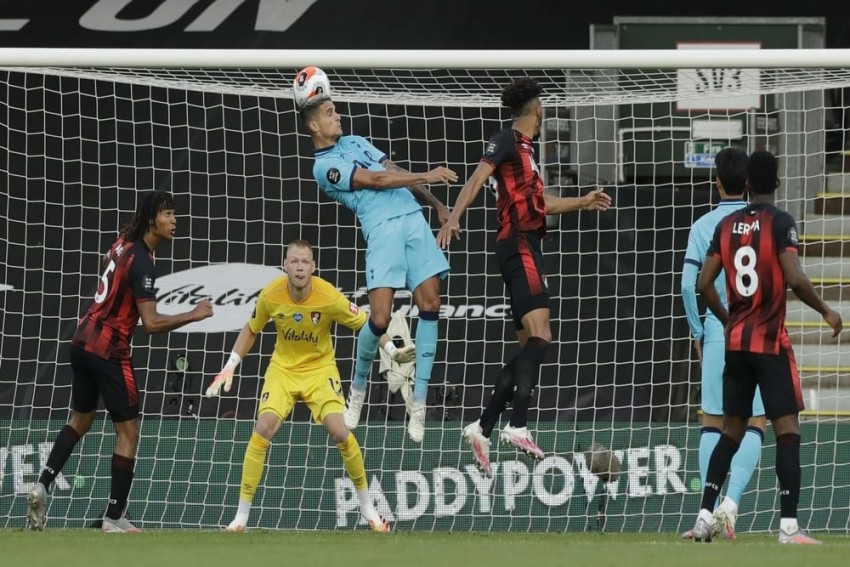 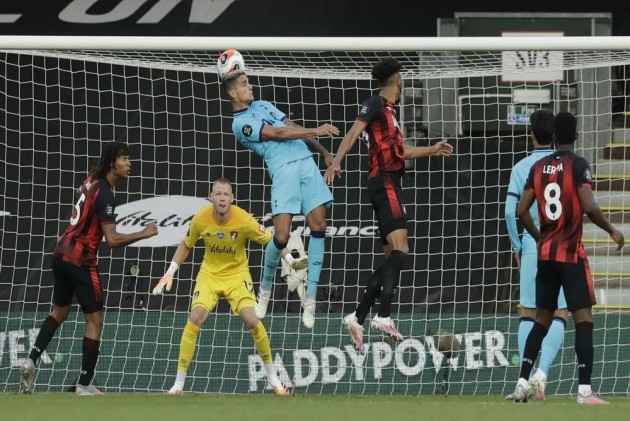 Tottenham's hopes of achieving European qualification suffered a setback with a toothless 0-0 draw at relegation-threatened Bournemouth on Thursday.

Spurs beat Everton 1-0 on Monday but could not make it back-to-back wins for the first time since the Premier League resumed last month, failing to register a single shot on target at the Vitality Stadium.

Harry Kane felt aggrieved not to be awarded an early penalty and Jose Mourinho was visibly irked neither the referee nor the VAR spotted Joshua King's shove in the area.

Bournemouth, who saw Adam Smith and David Brooks go off injured, thought they had a winner in the 90th minute, but Callum Wilson's overhead kick went in off King's arm and was chalked off, leaving them three points adrift of safety.

Mourinho was heavily critical of VAR after a 1-1 draw with Manchester United in June and a 3-1 loss to Sheffield United last week, and he had more cause to be frustrated with the system inside five minutes on the south coast.

King appeared to push Kane over in the six-yard box at the back post from a corner and referee Paul Tierney's decision not to award a penalty was upheld by the video official.

Kane made an important intervention to stop Nathan Ake nodding home at the back post, before Hugo Lloris kept Junior Stanislas' skidding 18-yard effort out of the bottom-left corner on the stroke of half-time.

HALF-TIME: All square at the break after a half of very few chances at the Vitality Stadium.

Bournemouth saw Smith leave the pitch on a stretcher after a clash of heads with Ben Davies and then Brooks hobble off, before having a potential win taken away from them following a VAR review of Wilson's late goal.

What does it mean? More problems than VAR

Mourinho will no doubt once again feel hard done by due to the lack of a penalty that really should have been awarded, but Spurs were dismal throughout.

They managed nine attempts on goal and were unable to test Aaron Ramsdale with any of them.

After Son Heung-min and Lloris had to be separated during the victory over Everton, Mourinho has bigger issues to worry about than contentious VAR calls.

Vertonghen back on song

Handed his first start since the restart due to Eric Dier's four-game ban, Jan Vertonghen was solid at the back for Spurs. Few impressed across the 90 minutes, but the centre-back was strong on the deck and forceful in the air.

It was unsurprising to see Giovani Lo Celso hooked at half-time. He gave away three free-kicks and had a passing accuracy of just 73.3 per cent during his time on the pitch.

Tottenham have a north London derby against Arsenal to look forward to on Sunday, when Bournemouth's fight against the drop does not get any easier with the visit of Leicester City.