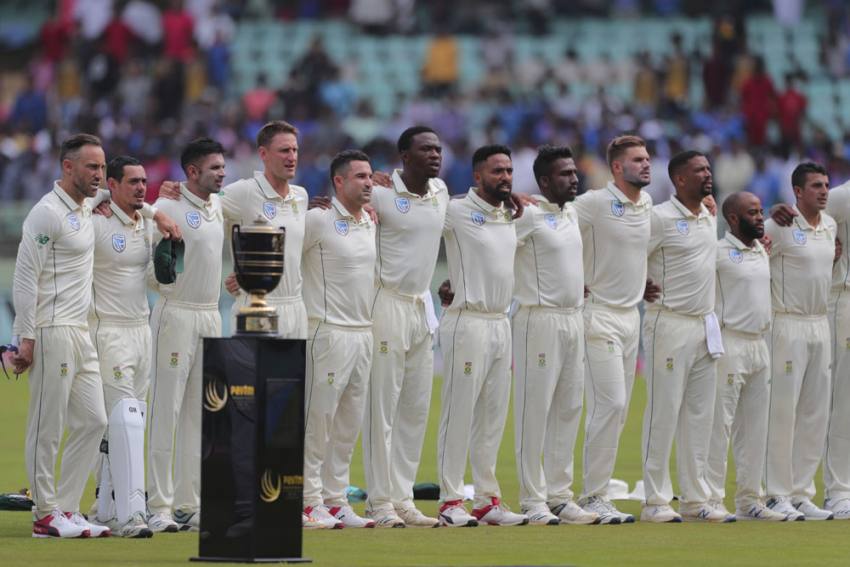 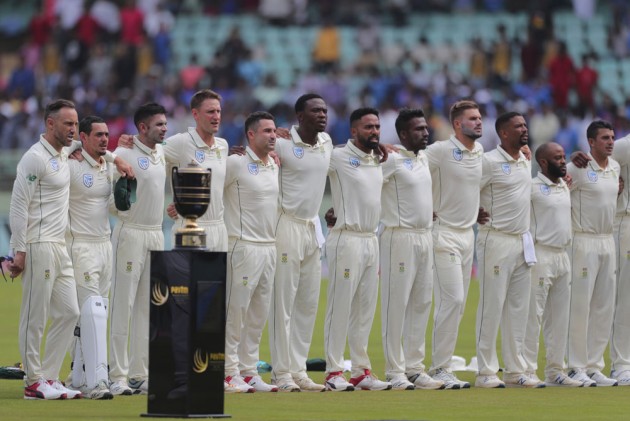 In a statement, the former cricketers also threw their weight behind current South Africa pacer Lungi Ngidi, who was recently criticised by ex-Proteas like Pat Symcox and Boeta Dippenar for supporting the BLM campaign.

Ntini, Philander, Gibbs, Ashwell Prince, JP Duminy and Paul Adams were among the 30 cricketers who have signed the statement.

"We commend Lungi Ngidi for supporting Black Lives Matter - and wed like to add our support for it too. We note the criticism aimed at Lungi for expressing his views and we hope that Cricket South Africa (CSA), together with fellow cricketers - both present and past - will come out strongly in support of BLM.

"We note too that the most outspoken criticism directed at Ngidi has come via former players such as Pat Symcox, Boeta Dippenaar, Rudi Steyn, Brian McMillan and others, and we urge that their views be challenged," read the statement which was published on 'Sport24'.

The former players said they were not surprised when the likes of Symcox and Dippenar criticised Ngidi. Dippenar had responded saying "all lives matter" and Ngidi should also talk about the death of white farmers in the country.

"Given South Africa's well-known past, black cricketers have borne the brunt of subtle and overt racist behaviour for many years, including from some colleagues... there is a need to understand how white privilege feeds into the perpetuation of these old attitudes and assumptions.

"Our attitude, mistakenly, we now believe, has always been to say: 'These are teething problems, and that these will be resolved if we are patient'," the statement said.

"But after almost three decades of cricket unity, the views expressed from one side of the racial divide are still very much part of our lives, and we now believe: 'Teething problems cannot be allowed to continue for this long'," it added.

Racism has become a topic of global debate following the death of African-American George Floyd at the hands of a white police officer in the USA.

Several cricketers, including West Indians like Michael Holding, Chris Gayle and Darreny Sammy, have opened up about their own experiences while voicing support to the BLM movement.

On day one of the first Test between England and the West Indies last week, Holding had delivered a powerful speech on racism. The West Indian great had said that the black race has been dehumanised and it will continue to be a victim until the entire humanity is not educated on racism.