Ben Stokes scored an unbeaten 84 off 98 balls to help England tie the 2019 Cricket World Cup final against New Zealand at Lord's on July 14. After the Super Over, which also ended in a tie, England were adjudged World Cup winners on the basis of boundary count. 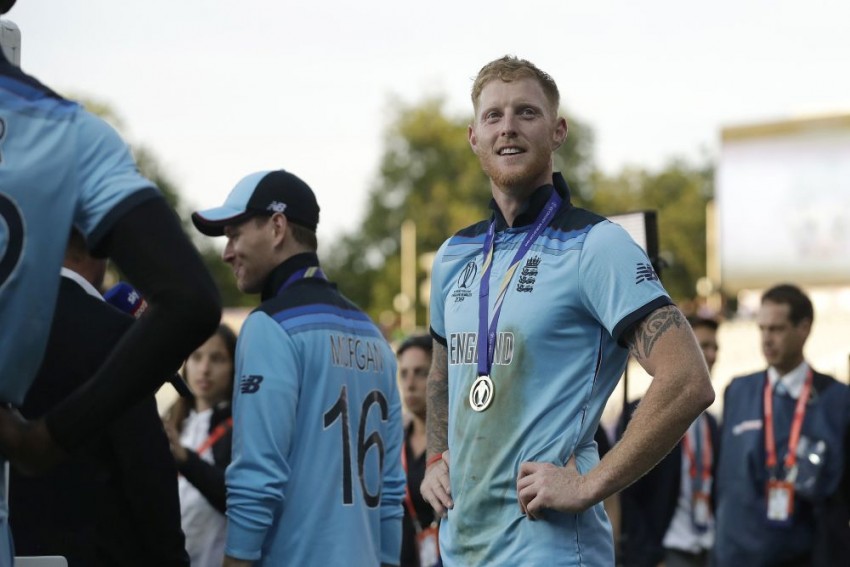 Ben Stokes is set to become "Sir Ben Stokes" for his Cricket World Cup heroics after the two contenders to be the next prime minister of the UK said they would give the all-rounder a knighthood.
AP
Outlook Web Bureau July 16, 2019 00:00 IST Ben Stokes Likely To Receive Knighthood Following England's Cricket World Cup Victory 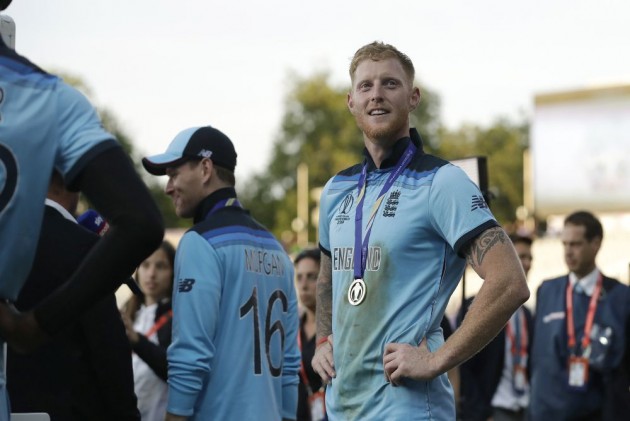 England's World Cup hero Ben Stokes is likely to be bestowed with knighthood for his sensational performance in the summit clash against New Zealand which helped the hosts claim their maiden title in the ICC's 50-over showpiece event.

Stokes smashed an unbeaten 84 off 98 balls to help England tie the final match at Lord's on Sunday. He then scored eight in the Super Over which also ended in a tie. England were then adjudged World Cup winners on the basis of boundary count.

Stokes' World Cup heroics impressed Boris Johnson and Jeremy Hunt, the two contenders to be the next prime minister of the UK.

"I will give dukedoms, whatever - I will go to the maximum, to, what, the Garter King of Arms," said Johnson, the frontrunner to replace Theresa May as Britain's PM, during a series of rapid-fire 'yes or no' questions at the end of leadership debate hosted by The Sun and talkRADIO.

When Hunt was asked the same question, he replied succinctly: "Of course".

Eleven English cricketers have been knighted for services to cricket till now with former Test and ODI skipper Alastair Cook being the last to be conferred with the honour.

The 28-year-old Stokes had missed the 2017-18 Ashes due to a pending investigation into his role in a fight in Bristol that had left a man in hospital with facial injuries. He was later found not guilty of affray.

Stokes went on to redeem himself with a superlative performance at the World Cup, amassing 465 runs and claiming seven wickets for England.

His performance was lauded by England captain Eoin Morgan, who described him as "extraordinary" and "superhuman".