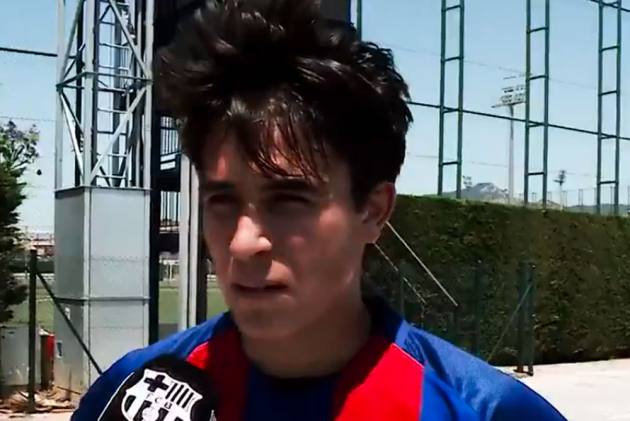 Barcelona have confirmed that Eric Garcia will join the club from Manchester City on a free transfer on July 1. (More Football News)

The 20-year-old Spaniard has agreed a five-year deal at Camp Nou that features a release clause worth €400m.

Garcia will sign his contract on Tuesday afternoon before he is presented as Barca's latest acquisition at a press conference.

The Barcelona-born defender is returning to the club whose academy he elected to leave at the age of 16 to join Pep Guardiola at City.

In the four years since, Garcia progressed through the ranks at the Etihad Stadium and forced his way into the first team.

However, his refusal to sign a new contract saw him fall behind Ruben Dias and John Stones in the pecking order in the 2020-21 season.

And the reasons for that decision have now become clear, with the Spain international heading back to his native country.

Home is where the heart is. pic.twitter.com/FQRV2L4n4R

Garcia's stay in England ends with him having made 35 appearances in all competitions, including 19 Premier League outings.

The centre-back becomes the second player to leave City for Barca at the end of his contract this summer after Sergio Aguero's move between the clubs was confirmed this week.

Memphis Depay, whose deal with Lyon is also on the brink of expiry, is also thought to be close to joining the cash-strapped Catalans.