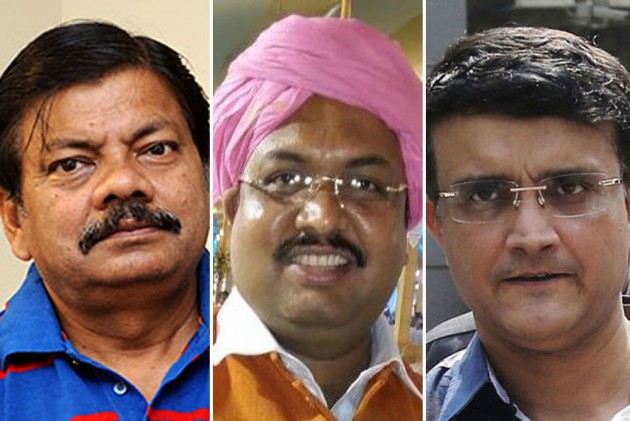 Bank of India has frozen Bihar Cricket Association's account due to internal strife and power struggle in the organisation. (More Cricket News)

In a letter to the BCA president on September 7, the bank said "ongoing dispute between the parties of BCA" is the reason for stopping operation "as per instruction of the competent authority."

Bihar's cricket has been in a state of turmoil for more than two decades. Despite winning back its affiliation with the Board of Control for Cricket in India (BCCI) on a Supreme Court order in May 2018, Bihar's cricket officials have continued to put their own interest before the welfare of its cricketers who missed playing Ranji Trophy for 18 long years.

Power struggle among officials flaunting political connections and divided along casteism have been the biggest problems in BCA.

Debarring Sanjay Kumar as BCA secretary by the general body headed by president Rakesh Kumar Tiwary on January 31, 2020 has been the starting point of a series of tussles where both Tiwary and Kumar have claimed to be in control of the association.

Although the BCCI has largely remained aloof from BCA issues -- Board president Sourav Ganguly was entrusted with solving the Bihar infighting in December 2019 -- the freezing of the bank account is seen as the first big step towards addressing the state's problems.

Tiwary, who remains BCA president in BCCI's books, told Outlook the bank has been "misled by unauthorised people who want to usurp power in BCA."

"We don't blame the bank. If people create doubts in the minds of the bank officials, this was bound to happen. This has happened before and we are not worried. We have replied to the bank stating all facts and our account will be live soon," Tiwary said.

READ: His Fight To The Finish

But it may not be easy to "defreeze" the account very easily. Bank of India has clearly said it will need a "specific order from the court," to restart operation.

Tiwary said the "freeze" will not impact BCA's daily functioning. "This is not our only account. We have other accounts too," he said.

Bihar received a Rs 11 crore BCCI grant when the Committee of Administrators were in control of the Board till October last year. The Ganguly committee, however, withheld all grants largely due to the infighting and the fact that BCA is still an unregistered body.

"The CoA under Vinod Rai paid Bihar 11 crores after BCA submitted an affidavit saying it has complied with all the reforms suggested by the Lodha committee. When an association is not even registered how could the CoA admit an affidavit and make a payment?" alleged Aditya Verma, secretary of the Cricket Association of Bihar.

It was Verma's long struggle in the Supreme Court that won Bihar recognition as a BCCI member again. Tiwary sees him as a big threat.

"He is the man who is creating all the problems. Verma has teamed up with Sanjay Kumar and wants to wrest control," Tiwary said.

"I have spent years in Supreme Court to appeal to the judges that Bihar deserved to play domestic cricket after being in oblivion for almost two decades. Where was Tiwary then? Our cricketers continue to suffer and for them, I will keep fighting," said Verma.

Verma has written several letters to the BCCI asking for an adhoc committee to run cricket in Bihar. Whether Ganguly & Co. immersed in their own legal issues, will give the beleaguered state a semblance of priority or not remains to be seen.