Bangladesh need a win for their first-ever series victory against New Zealand Check. Check match and telecast details of the third T20 International cricket match between BAN and NZ 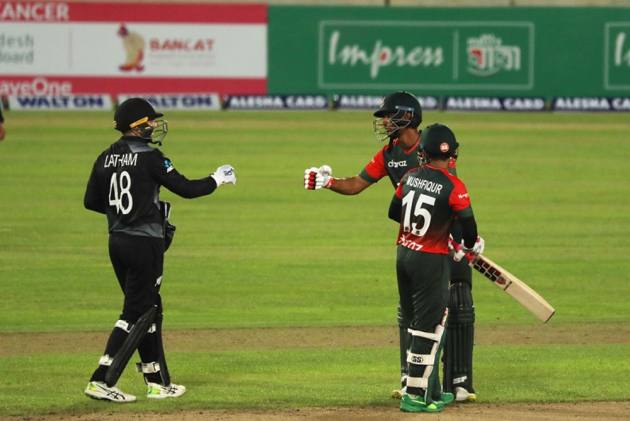 Bangladesh eye another T20 International series as they take on New Zealand in the third match on Sunday in Dhaka. They lead the five-match series 2-0 after contrasting wins in the first and second matches. (More Cricket News)

The series started with Bangladesh winning the first by seven wickets, theirs first-ever against the Kiwis. The hosts then survived a closely-fought encounter in the second, winning it by four runs to take a 2-0 lead.

The third match is also expected to be played on a spin-friendly top at Shere Bangla National Stadium, where Bangladesh dominated visitors. Before the New Zealand series, they had defeated Australia 4-1.

New Zealand, however, will hope for an improved performance. And they are gaining the experience, as witnessed in the second match.

Shakib Al Hasan is on the cusp pf becoming the highest wicket-taker in T20Is. He needs a couple of wickets to overtake Lasith Malinga (107). Skipper Mahmudullah, with his middle-order exploits, and pacer Mustafizur Rahman remain key players for Bangladesh. Yes, they have a veritable spin attack.

For the visitors, skipper Tom Latham will need to play another mature knock to hold the innings together. Spin dou of Rachin Ravindra and Ajaz Patel can play their part. Colin de Grandhomme has been quite so far, though.