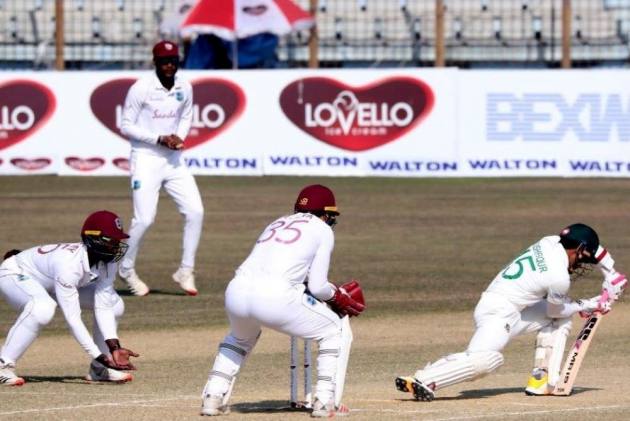 Captain Mominul Haque was 83 not out as Bangladesh reached 149-4 at lunch on the fourth day of the first Test against West Indies on Saturday. Day 4 Blog | Cricket News

At the break, Bangladesh’s lead was 320. Liton Das was batting on 38 after sharing a 76-run partnership with Mominul in an unbroken fifth-wicket stand.

Resuming the day on 47-3, offspinner Rahkeem Cornwall struck early for the West Indies, dismissing Mushfiqur Rahim for 18. Mushfiqur reviewed the decision in vain.

With the ball keeping low, Mominul and Liton had to be watchful throughout the session. Mominul, who is nearing his 10th century, struck nine boundaries.

Cornwall was the most successful bowler for West Indies, claiming 3-61.

Bangladesh scored 430 in its first innings before gaining a 171-run lead after dismissing West Indies for 259 runs.