Babita Phogat, who joined the BJP last year, said she stood by her tweets against the Tablighi Jamaat. 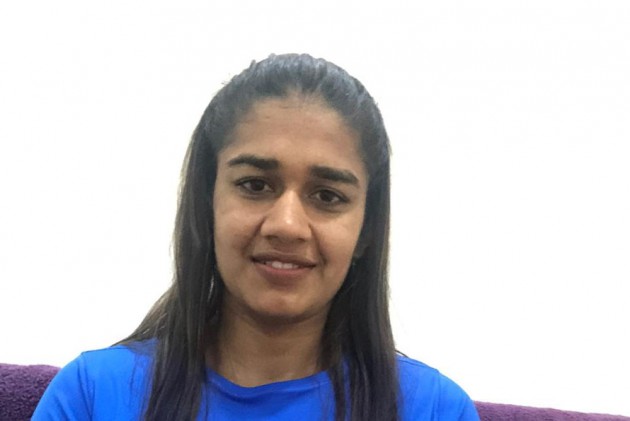 A complaint was filed Friday against Babita Phogat in Maharashtra over her recent tweets against Tablighi Jamaat members even as the wrestler-politician claimed that she is receiving threats.

The complaint lodged at City Chowk police station in Aurangabad against the BJP politician and Kangana Ranaut's sister Rangoli Chandel said their tweets were intended to create disharmony among communities.

The complaint was filed by a man associated with the Jamaat and will be forwarded to places where Phogat and Chandel live, an official said.

The 30-year-old international wrestler, who joined the BJP last year, said she stood by her tweets against the Tablighi Jamaat.

The Jamaat had come under flak when thousands of its members dispersed from a religious gathering in New Delhi’s Nizamuddin, many of them carrying the coronavirus infection.

"In the recent past, I posted some tweets after which many people sent me objectionable messages over Facebook messenger, WhatsApp and Twitter and abused me, while some people threatened me over the phone," the Haryana politician claimed in a video message.

Phogat said she is not scared and compared her behaviour to that of actor Zaira Wasim.

"I want to tell all these people I am not Zaira Wasim, that I will feel scared by your threats and sit at home,” she said in Hindi.

“Your threats will not scare me. I am Babita Phogat and have always fought for my country. I will continue to do so and speak for my nation," she added.

Zaira Wasim had made her Bollywood debut with the 2016 film Dangal, playing the character of Babita Phogat’s sister Geeta.

The 20-year-old quit acting last year, saying it interfered with her religion. This followed objections to her acting by hardliners.

Phogat said there was nothing wrong with her tweet. “I stand by the tweet and will also do so in the future, as I wrote about people who spread coronavirus."

"I want to ask, don't the Tablighi Jamaat members account for maximum cases? Had they not spread the virus, the lockdown would have been lifted by now and coronavirus would have been eradicated,” she said.

Of the total 221 positive cases in Haryana, Vij has said that 122 are those linked to the Tablighi Jamaat.

"Had there not been a spike in the number of cases due to the Tablighi Jamaat members, the state would have been in a much better position today as far as the fight against COVID-19 is concerned," Vij had said earlier.