Garbine Muguruza is the favourite to win the 2020 Australian Open women's singles title because she has experience of the biggest occasions, having won the French Open in 2016 and Wimbledon in 2017 as against Sofia Kenin, who won her first WTA title only 12 months ago in Hobart 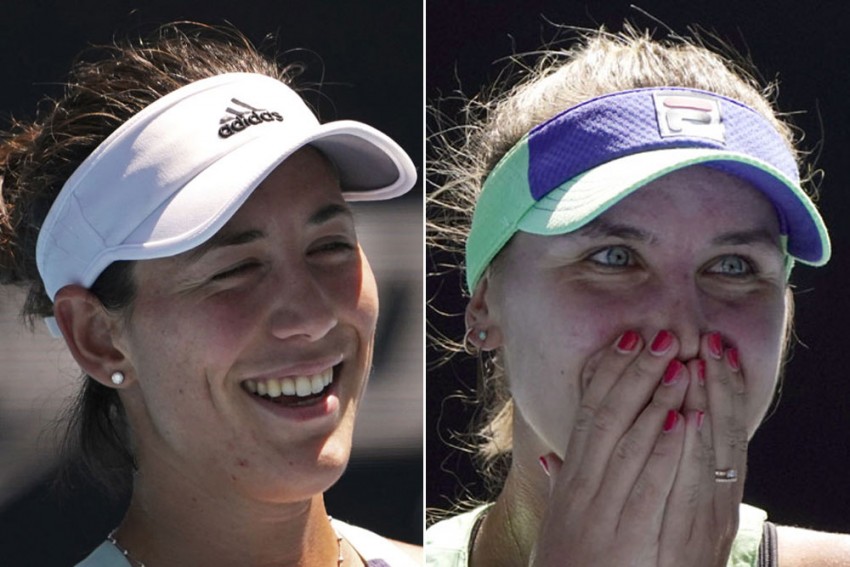 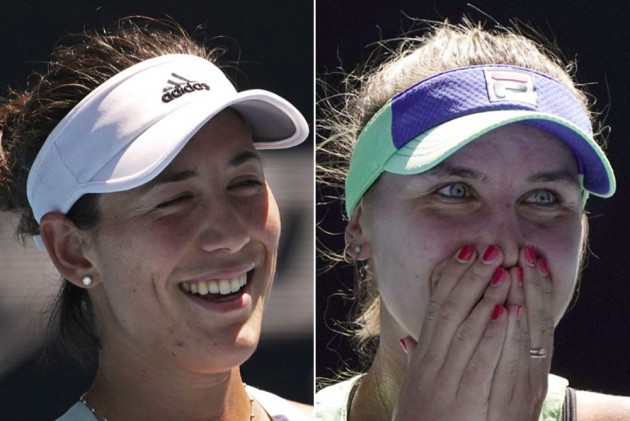 Serena Williams dominated talk before the Australian Open but Saturday's women's final is between unseeded Garbine Muguruza and unheralded Sofia Kenin -- a 750-1 longshot of a championship match that nobody predicted. (More Tennis News)

After a tournament of surprises, the 21-year-old Kenin can even supplant Williams as the top-ranked American if she manages another plot twist by beating Spain's Muguruza in Melbourne.

The 38-year-old American legend Williams was attempting to equal the record 24 Grand Slam titles of Australian Margaret Court, but she lost in the third round to China's Wang Qiang.

Reigning champion Naomi Osaka went out at the same stage to 15-year-old sensation Coco Gauff, who was promptly turfed out herself by fellow American Kenin.

Six of the top 10 seeds exited in the third round, seemingly blowing the tournament open for Australia's world number one Ashleigh Barty.

But step forward Moscow-born 14th seed Kenin once more, who showed remarkably few nerves in her first Grand Slam semi-final on Thursday as she broke home hearts in straight sets.

Even if she loses the final, Kenin will reach a career-high nine in the world, rising from her current position of 15th.

If she beats Muguruza -- and she did so in their only previous meeting, at the China Open in the autumn -- she will leapfrog Williams into seventh in the rankings.

"After this week, she is a top-10 player, she deserves that respect and she deserves the recognition," said the beaten Barty, the latest to succumb to the fiery Kenin.

Kenin won her first WTA title only 12 months ago in Hobart and added two more during the season with the determination and aggression that has become her trademark in the past fortnight.

"I've always had that, no matter who I'm playing, where I'm playing, I'm going to fight for it," said Kenin, who moved to the United States from Russia as a baby with her family.

The 26-year-old Muguruza will be the next to try to tame Kenin. British bookmakers William Hill said the odds of a Kenin-Muguruza final were 750-1 before the Australian Open began.

They make Muguruza the favourite because she has experience of the biggest occasions, having won the French Open in 2016 and Wimbledon in 2017.

But this is her first final in Melbourne and she is ranked 32 in the world after her form tailed off alarmingly in the past 18 months.

The Venezuelan-born Spaniard began her Australian Open campaign with a viral illness and lost the first set of her first match 6-0 to American qualifier Shelby Rogers.

But with the illness on its way out and with Conchita Martinez back as her coach as of November, Muguruza has hardly looked back.

Unseeded for the first time at a Grand Slam since 2014, Muguruza beat three top-10 seeds in reaching the final.

She fought back in both sets in her semi-final against fourth-ranked Simona Halep to defeat her fellow former world number one 7-6 (10/8), 7-5.

Muguruza is not one for exuberant celebrations and she gives as little away in her post-match comments.

So it was left to Halep to say that the Spaniard has the quality to be the world's top-ranked player once more -- but with one caveat.

"If she can play every day like this, she can be number one for sure," said the 28-year-old Romanian, also a French Open and Wimbledon champion, following their hard-fought semi-final.

"But it's tough to do that. The consistency on tour -- it's the most important thing and the toughest one."