Follow all the results and updates from the second day of Australia Open 2020 at Melbourne featuring some of the biggest names in world tennis like Rafael Nadal, Maria Sharapova, Alexander Zverev, Simona Halep, etc 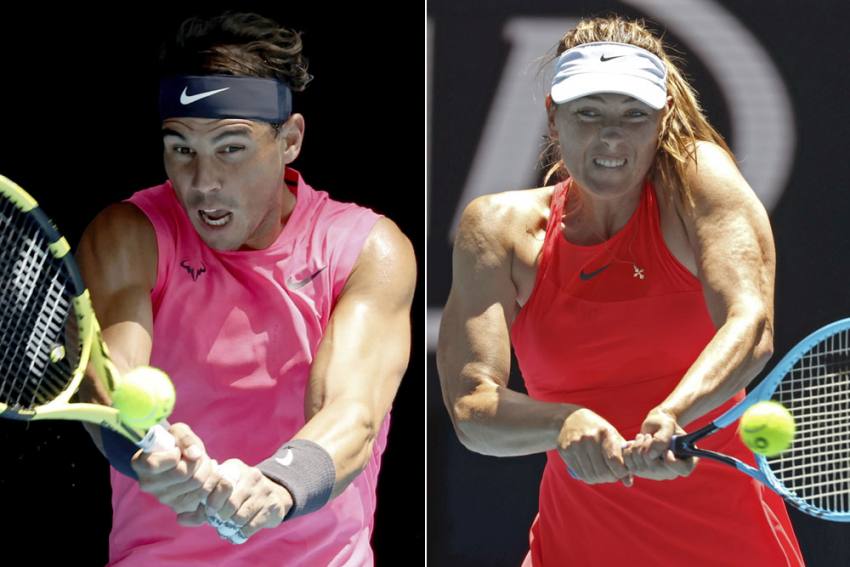 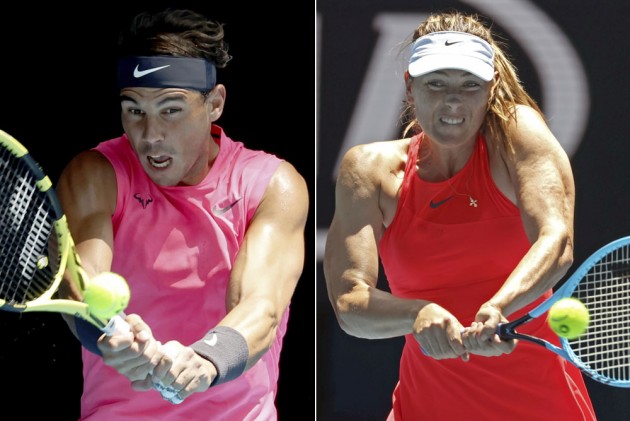 Here are the seeds out

On a bumper day of 96 first-round matches, after rain wiped out half of Monday's schedule, former US Open champion Marin Cilic and Milos Raonic both moved safely through.

Italy's Fabio Fognini, two sets down against America's Reilly Opelka when their match was suspended on Monday, returned to win it in five on Tuesday after a stormy encounter when both players argued furiously with the umpire.

"You're pathetic. You give me one warning after one throw (of my racquet). He's thrown his three or four times, bro," Opelka, who stands 6ft 11ins (211cm) to Fognini's 5ft 10ins, told the chair official.

And Nadal Is Unconcerned About Reaching 20 Slams

Rafael Nadal insists he is unfazed about potentially winning his 20th grand slam title at the Australian Open. After winning two grand slams last year, Nadal is just one away from joining Roger Federer on a men's record 20 major titles.

But the Spaniard is refusing to think about potentially reaching the tally ahead of a second-round match with Federico Delbonis or Joao Sousa.

"No. I think about Sousa or Delbonis. That's all. I think about my practice of tomorrow, try to follow up the level of tennis that I played in the third set. That should be my main goal today," Nadal told a news conference.

"I am very satisfied about my tennis career because I give it all most of the time. That's the only thing that matters because, honestly, it's something I don't really think about.

"I don't think in the future achieving 21 grand slams, for example, I'm going to be happier than if I am 19 in 10 years. I won the US Open a few months ago, and I was super happy in that moment. But today I'm happier than if I didn't win the US Open? Probably not. That's the only thing that matters in this life.

The world number one proved too good for Hugo Dellien on a sunny Rod Laver Arena, winning 6-2 6-3 6-0 in two hours, two minutes. Nadal's bid to join Roger Federer on 20 grand slam titles started with a comfortable victory, although he was forced to grind early. In the end, the Spaniard's relentless consistency was too much for Bolivian world number 73 Dellien, with either Federico Delbonis or Joao Sousa awaiting Nadal in the second round.

A forehand winner gave Nadal a break and 2-0 lead and he took the opening five games before Dellien got on the board, but the Spaniard closed out a 52-minute first set. Dellien stayed with Nadal until the sixth game of the second set, but the pair traded breaks before the latter struck again to take complete control of the encounter. Nadal broke Dellien's resistance – and serve – to begin the third set on his way to a commanding victory.

Maria Sharapova is in the midst of the worst grand slam losing streak of her illustrious career after the former world number one crashed out on Tuesday. She suffered her third consecutive loss in the opening round of a slam following 6-3 6-4 defeat to 19th seed Donna Vekic in Melbourne, where she committed 31 unforced errors.

A first-round casualty at Wimbledon and the US Open last year, five-time major champion Sharapova was ousted in one hour, 21 minutes in sunny conditions on Rod Laver Arena. It is the first time in a decade that Russian star and 2008 winner Sharapova has fallen at the first hurdle of the Australian Open.

The 32-year-old has been struggling for form and fitness after a first-round exit prior to the Australian Open in Brisbane. Sharapova only played 15 matches last season due to injuries, finishing with an 8-7 record as her stunning fall from grace since a 15-month drugs ban, which expired in 2017, continued.

Johanna Konta's recent Australian Open struggles continued with a surprise first-round exit. The world number 13 was well beaten 6-4 6-2 by Ons Jabeur, marking the third straight year in which she has fallen in the second round or sooner at the opening grand slam of the season.

Konta was left to lament 19 unforced errors, while Jabeur mixed 19 winners with 12 unforced errors in a 63-minute loss. A semi-finalist in Melbourne in 2016 and quarter-finalist the following year, Konta has followed that up with two second-round exits and Tuesday's loss. The Brit's exit is favourable for Dayana Yastremska and Caroline Wozniacki, with the winner of their second-round meeting to face Jabeur, Madison Brengle or Caroline Garcia.

India's top-ranked tennis player Prajnesh Gunneswaran missed out on a chance to play against world no.2 as he crashed out in the men's singles opening round.

World no.122 Prajnesh, who entered the main draw as a lucky loser in the qualifiers, lost in straight sets 6-4 6-2 7-5 against Japanese wild card Tatsuma Ito, ranked 22 places below the Indian, in a rescheduled first-round tie that lasted for two hours and one minute.

With this loss, Prajnesh lost a golden opportunity to face Djokovic in the second round. Ito will now take on the Serbian in his next match.

This was Prajnesh's fifth straight appearance in the main draw of a Grand Slam event having earlier played in the Wimbledon, French Open and the US Open due to his better rankings.