In Aaron Finch's absence, Matthew Wade led Australia in the second T20 against India. Steve Smith lost the captaincy because of his role in the 2018 ball-tampering scandal 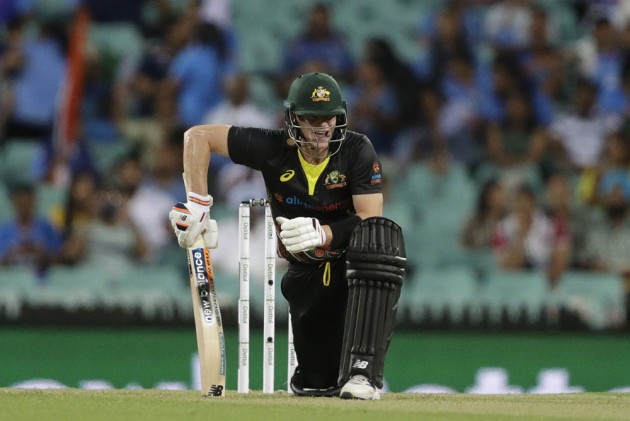 Australia's stand-in T20 skipper Matthew Wade on Monday said batting mainstay Steve Smith, who has "plenty of say" in how the team is driven on the field, would do a "great job" if he is given the leadership role again.

Wade took over the captaincy reins for the second T20 against India here on Sunday after Aaron Finch picked up an injury in the opening game in Canberra.

Asked about Smith, who lost the captaincy role because of his role in the 2018 ball-tampering scandal, Wade said the team has a lot of options and they include the batting star.

"We have so many good leaders, I have been given the captaincy but we have got Smith, we have got Moises (Henriques), who captains his BBL team. We have guys with a lot of experience, there is a lot of discussions among the seniors but we are all working together," Wade said.

"It is not me driving the field, obviously Finchy (Aaron Finch) is our captain and we all all work together when he plays well. So Smith has a plenty of say, he has been a great captain for long time and he will do a great job if he gets an opportunity," he added.

Speaking about himself, the late bloomer said he has become a completely different player since forcing his way back into the team in 2019, two years after being axed.

The 32-year-old was dropped from Australia's Test and T20 sides on the eve of the 2017-18 Ashes but he regained his place for the Ashes last year after piling up runs in the 2018-19 season for Tasmania and Hobart Hurricanes.

"I almost feel like I restarted my career a couple of years ago, debuting at 30," added the player, who smashed a thrilling fifty in the second T20I.

After making a comeback to the side, Wade scored two centuries in five Tests of the Ashes series.

Wade said he feels "no different to guys like Hadds (Brad Haddin) and Mike Hussey" who also made a comeback in their 30s.

"Age is always spoken about when you get to my age and that's the nature of the beast. Every game I play for Australia is one that I didn't think I'd get and whether that's my last game or whether I'll play another 50, that doesn't faze me," he added.

On being handed the captaincy, Wade said, "...this game moves fast and sometimes things happen that are quite unexpected and that's exactly what's happened in this scenario."

"There's plenty of guys that could have done it on the ground at the time which made it a lot easier for me."

Australia lost the first two T20Is to concede the three-match series. Star India all-rounder Hardik Pandya smashed two sixes in the last over to hand the hosts a six-wicket loss in their last outing.

"When you lose two T20Is, you review and India are a terrific T20 side, they have just come off the IPL as well, really locked into that format, so we were beaten by a better team," Wade said.

"We played some reasonable cricket last night, we were in the hunt right up to the last over, it could go one or two ways but unfortunately Hardik was in and he clears the ropes easily."

Wade was run out after India skipper Virat Kohli dropped a sitter during the second T20I. Talking about the dismissal, Wade said he deserved to be dismissed at that point.

"I saw Virat fumble the first time but then I didn't see the ball coming out the second time, I thought he must have caught him ... once I saw the second one go in, I started to walk off. Smith actually called out to me but it was too late. I should have been out anyway," he said.

Talking about Australia's preparation for next year's T20 World Cup, Wade said: "...we haven't probably finished well with the ball over the last couple of games.

"We have got good players. Unfortunately didn't have guys like (Mitchell) Starc and (Josh) Hazlewood last night, which would hurt any international team. We are probably mixing around the line up, the top six at the moment, to find the right mix for the World Cup.

"You will start to see a more settled line-up six months before the World Cup."

Australia are dealing with a spate of injuries with David Warner in doubt for the first Test, while Starc pulled out of the T20 series due to illness in family. Pat Cummins was rested for the limited-overs series as part of workload management.

However, Wade said they will have enough time to regroup ahead of the first Test beginning on December 17.

"We have a big break between the last T20 and first Test anyway so we have got plenty of opportunity to gel together, that won't be an issue," he said.