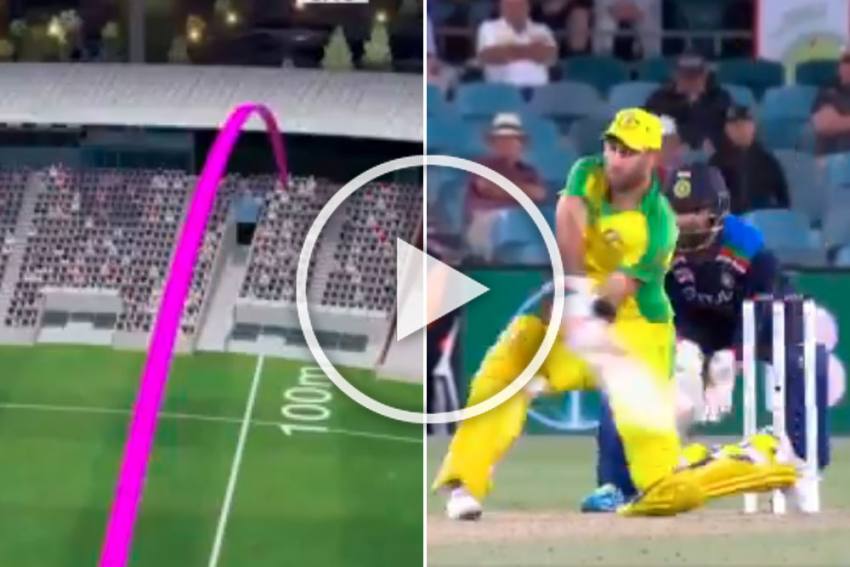 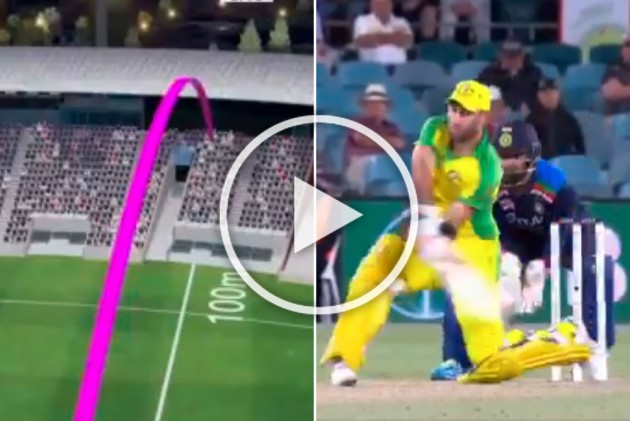 Glenn Maxwell was once again at his devastating best, hitting Indian bowlers at will as Australia came close to completing an ODI series clean sweep on Wednesday.

India captain Virat Kohli won the toss and opted to bat first as the visitors looked to salvage some pride after losing the first two matches comprehensively. Hardik Pandya and Ravindra Jadeja put on an unbeaten 150-run stand for the sixth-wicket partnership to set a 303-run target.

For a change, the Australian top-order failed to dominate the Indian bowlers. But Maxwell's arrival almost changed the course of the match. The 32-year-old, who hit blistering knocks of 45 and 63 not out in the Sydney ODIs, hit 59 off 38 balls, with the help of three fours and four sixes, including one stunning switch-hit the maximum.

In the 43rd over, bowled by Kuldeep Yadav, Maxwell picked up the third ball after changing his stance. And the ball travelled some 100 metres, deep into deep.

Amid calls to ban switch-hit,
Glenn Maxwell reverse sweeps Kuldeep Yadav for a SIX in the 3rd ODI #INDvsAUS #AUSvsINDpic.twitter.com/83tBsLSS91

It's worth noting that Aussie great Ian Chappell has asked the International Cricket Council (ICC) to ban the switch hit, saying the shot is "blatantly unfair" to the bowler and the fielding team.

The former captain specifically mentioned the devastation brought in by Maxwell.

"The Australian batting has been exceptional. They''ve made it look pretty easy ... particularly Smith and Maxwell, some of the shots he plays are hard to believe. (Switch-hitting) is amazingly skillful - but it''s not fair," Chappell told Wide World of Sports.

"It''s very simple. Maxwell hit a couple of (switch-hit) shots and Warner did (Sunday) night. All you''ve got to say is that if the batsman changes the order of his hands or his feet (as the bowler runs in), then it''s an illegal shot," he added.

Chappell said if the batsman, like the bowler, notifies of his intention to play the switch-hit before hand then it is okay but otherwise it "blatantly unfair and annoying."

Justifying his call to ban the shot, Chappell continued: "If the batsman is right-handed and wants to play switch-hit (in advance of the bowler running in), any bowler worth his salt will say, ''Go for your life, mate, I''ll take my chances''. But when he completely becomes the opposite-handed batsman to what he faces up as, then it''s not fair.

"If he''s good enough to do it by excellent footwork or whatever other means he can devise, I don''t have a problem with it. But when it''s blatantly unfair, it annoys the hell out of me."

Despit Maxwell's brilliant knock, India won the third and final ODI match by 13 runs. The series ended 2-1 in favour of Aaron Finch's side.

The tour continues with T20I series, starting with the first of three matches at the same venue on Friday. The T20s will be followed by Border-Gavaskar Series, feturing four Test matches.

India Vs Australia: Changes Brought In A Bit Of Freshness, Says Virat Kohli After Win