Rafael Nadal is fully committed to ending 2019 at the top of the ATP world rankings, so long as he can recover from an abdominal injury. 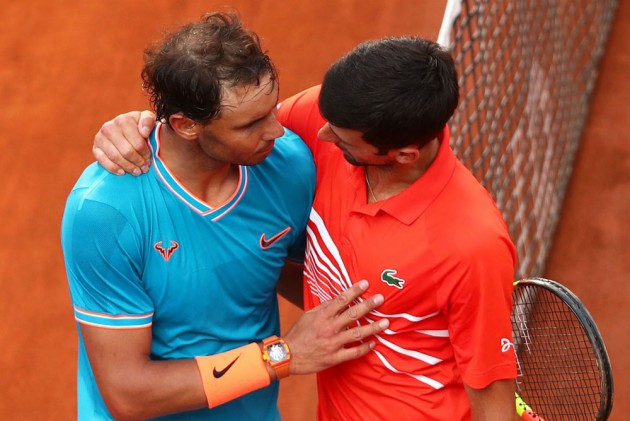 Rafael Nadal is set on ending 2019 as world number one despite doubts over his fitness heading into the ATP Finals.

Nadal overtook Novak Djokovic atop the ATP rankings on Monday but is still not certain of retaining the position at the end of the year.

Djokovic and Nadal are in opposite groups in London, with the Spaniard to face Stefanos Tsitsipas, Alexander Zverev and in-form Daniil Medvedev – who he beat in the US Open final in a five-set epic.

The 33-year-old took to Twitter on Friday to provide an update on his fitness, stating he is "taking it day by day," after he was forced to withdraw from the Paris Masters due to an abdominal tear, though doubt remains as to whether he will be able to participate through the whole tournament in the English capital.

However, Nadal insisted he is still determined to cap off the year at the top of the rankings, should he stay fit.

"Of course I would love to be the year-end number one but I always said it was not my personal goal because I did not follow that [path]," Nadal said in a news conference at the O2.

"If I did, I would be flying to China after New York because I was in a positive position.

"But that doesn't mean I am renouncing to try to be number one. Not at all. I am fighting for it."

Update? Ok, I’m in London happy to be here. Taking it day by day after Paris (small abdominal tear). I need to see how things go, started serving yesterday very slowly. Right now the main goal is to be ready on Monday following the protocols that the doctor gave me

Nadal, whose injury has prevented him from practicing, is hopeful of being fully fit for Monday's encounter with defending ATP Finals champion Zverev.

"I'm excited to be here after a couple of years without being able to play. I need to see how things evolve every single day," he said.

"I have good hopes to be 100 per cent ready for Monday. I had been serving very well in Paris, I had good matches, so I am confident that I can be very competitive.

"Of course it's a tournament that you will face the top guys since the beginning so you need to be 100 per cent ready.

"But I really hope I will be able to serve every single day a little better and my hope is to be on Sunday serving normal."