Novak Djokovic lost to Dominic Thiem for a second straight year in London, as the Austrian booked his place in the season-ending final 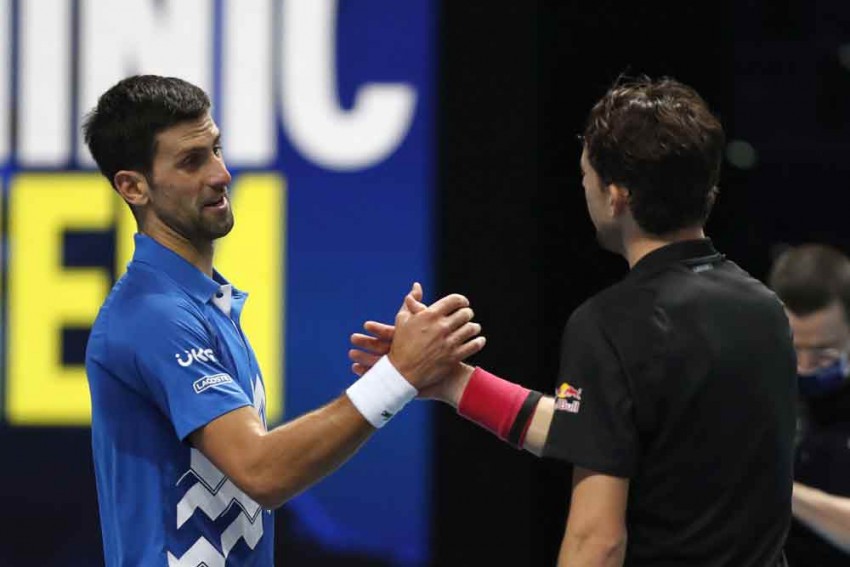 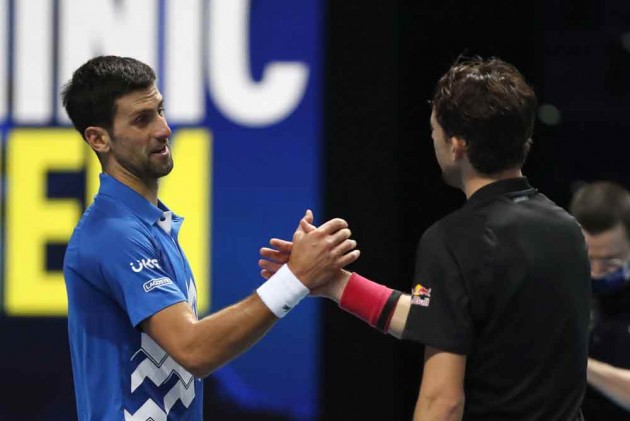 Thiem defeated Djokovic in three sets en route to the 2019 final, which he lost to Stefanos Tsitsipas, but the US Open champion let four match points slip in the second set in London this time.

His chance was not gone, though, as a contest lasting two hours and 54 minutes was settled after Thiem had reeled off six straight points to recover from 4-0 down in the second of two tie-breakers.

For Thiem, a 300th career win secured a return to the final against either Daniil Medvedev or Rafael Nadal.

Thiem had to serve to stay in the opening set at 5-4 down, landing a sensational lob just inside the baseline to prompt applause from Djokovic.

He built momentum from there and took his first break point when he got the ball down at his opponent's toes, then clinching the set with some blistering serves.

Djokovic looked to retaliate swiftly, but Thiem soon had another break point in the fifth game of the second set, although a sloppy forehand gave the Serbian a reprieve.

That's a thing of beauty, @ThiemDomi!

Thiem was briefly on the back foot and came up with a supreme backhand down the line for one hold before fending off Djokovic twice more to reach a breaker.

A back-and-forth affair saw Thiem race into a two-point lead and then fight back from 4-2 down, before a pair of brilliant serves teed up a first match point which Djokovic saved.

A second went begging thanks to a double-fault as each man struggled on serve, with another two opportunities slipping away before the world's best player clinched the set at the fourth attempt.

Chances were few and far between in the decider, although a superb return from Djokovic garnered Thiem's appreciation at 4-4 as the pair headed for another breaker.

Thiem's chances looked slim when Djokovic moved into a 4-0 lead, yet six consecutive points put victory in his grasp and the world number three made the most of his sixth match point.