Diego Simeone substituted Luis Suarez off in the 58th minute of Atletico Madrid's defeat to Chelsea at Stamford Bridge. 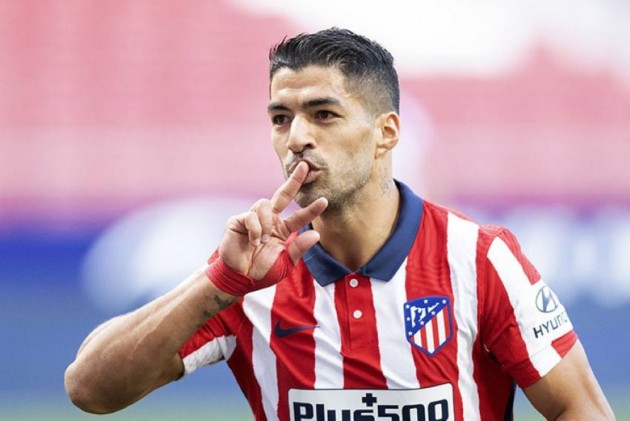 Diego Simeone insisted it was "normal" for Luis Suarez to be annoyed after being replaced in Atletico Madrid's defeat to Chelsea, explaining the decision by saying his side "weren't at it up top".  (More Football News)

Goals from Hakim Ziyech and Emerson Palmieri gave Chelsea a 2-0 second-leg victory over Simeone's LaLiga leaders, who had succumbed to an Olivier Giroud goal in a 1-0 defeat in Madrid.

Suarez mustered just one attempt and had only 19 touches before he was replaced by Angel Correa in the 58th minute at Stamford Bridge. After leaving the field with a bemused smile on his face, the former Barcelona frontman retired to the stands.

The 34-year-old has now failed to score in his last 25 Champions League away games, only one less than his tally of 26 goals in the competition.

"It's normal that players are annoyed when you take them off," Simeone told Movistar.

"We wanted to change things up top and find a different way to attack. I'm not looking for excuses.

"We tried to find a way to score, but we weren't at it up top despite our effort."

With Atletico just four points clear of Barcelona at the top of LaLiga with 11 games left to play, Simeone addressed the suggestion that the Champions League was not his side's priority.

He also reserved praise for standout performer Joao Felix, who went close to scoring late in the game for a visiting side that finished with 10 men, Stefan Savic dismissed for elbowing Antonio Rudiger.

"It's easy to have regrets after the tie is over," said Simeone. "You can't have regrets, the game has gone now. We need to use it to learn.

"We wanted to stay in the Champions League, but we didn't play that well in this year's tournament, but I'm very happy especially with how Joao Felix played today.

"We looked to change our system, tried to press them, but they were able to get through it, they were just better than us. You can't say more than that. We need to improve."