Atletico Madrid made light work of Real Mallorca on Friday, Alvaro Morata scoring a first-half brace in a 3-0 win. 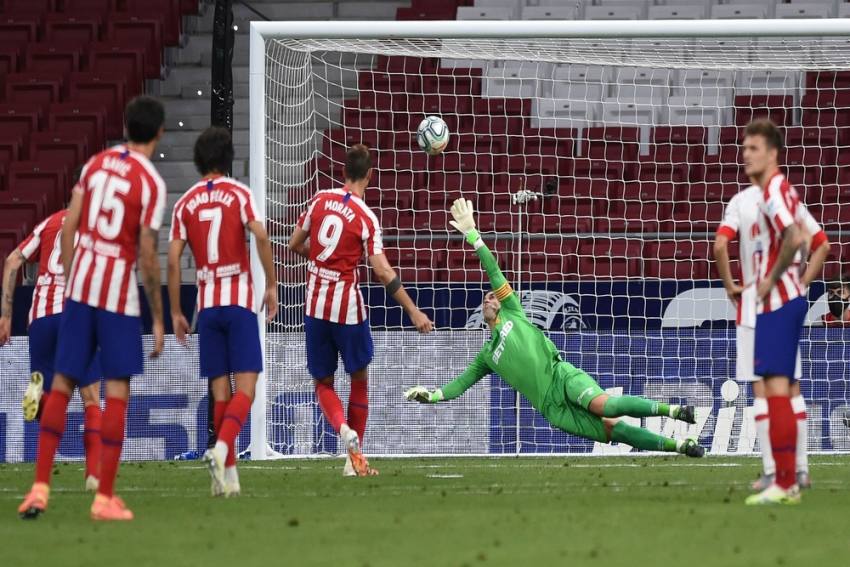 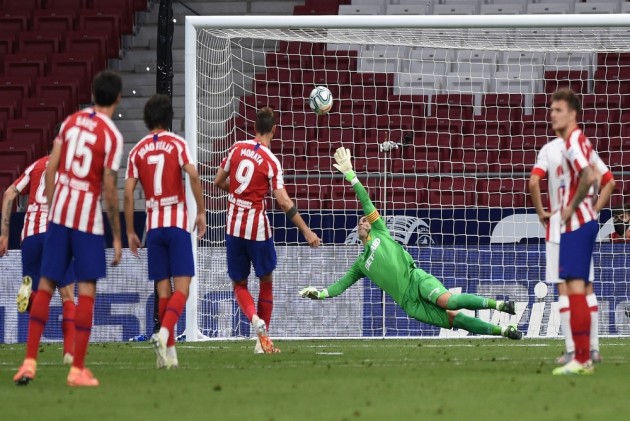 Alvaro Morata scored twice as Atletico Madrid maintained their unbeaten run since the resumption of LaLiga, easing to a 3-0 victory over Real Mallorca at the Wanda Metropolitano.

Diego Simeone's in-form side followed up Tuesday's impressive performance in the 2-2 draw at Barcelona by brushing aside relegation-threatened opponents, in the process strengthening their position inside the top four.

Morata made the most of Mallorca players encroaching too soon into the penalty area to score his first from the spot, VAR giving him a reprieve after Manolo Reina had saved his initial effort.

Mallorca’s captain guessed correctly with the re-taken spot-kick too, yet Morata had enough height on his strike to beat the goalkeeper and move into double figures for league goals this season.

The striker had missed an earlier opening as Aleti started impressively, while both Yannick Carrasco and Joao Felix failed to hit the target with excellent opportunities before the opener arrived in the 29th minute.

Mallorca had thrashed nearest rivals Celta Vigo 5-1 at home in midweek and had their moments in attack before the break, Takefusa Kubo looking particularly bright.

However, any hope of the visitors claiming a bonus in the capital disappeared when Atleti doubled their advantage in added time at the end of the first half, the excellent Marcos Llorente - lining up on the right wing - crossing low for Morata to tap in at the back post.

Scoring just prior to the break allowed Atleti to coast through the second half, though they did add to their tally.

Captain Koke seized on a weak clearing header to get away a strike that took a heavy deflection off Antonio Raillo, wrong-footing the helpless Reina.

What does it mean? From Atleti-low to riding high

It is now five wins and two draws for Simeone's squad since they returned to action in the middle of June, a run of form that has eased concerns about finishing outside the Champions League places.

His decision to use Llorente - viewed more as a holding midfielder when he signed from Real Madrid –  in an advanced position has been a masterstroke, with the 25-year-old catching the eye again out wide having also played recently as a secondary striker.

While the surge comes too late to mount a title challenge, things are looking up for Atletico. That is not the case for 18th-placed Mallorca, though, as they now have just four games left to try and retain their top-flight status.

Morata will take the headlines with his first-half brace, yet Llorente produced the eye-catching performance. He completed over 93 per cent of his attempted passes and created two opportunities.

Little to celebrate for Joao Felix

It has been a testing first season at Atleti for Joao Felix. On the one-year anniversary of his big-money move from Benfica, the Portuguese forward fluffed his lines in front of goal, failing to hit the target with his three attempts before being replaced after just 54 minutes.

Atleti take on another team in relegation trouble on Tuesday, heading on the road to face Celta Vigo. Mallorca, meanwhile, have extra time to recover before they host Levante on Thursday.

Jurgen Klopp: Next Season And 100 Per Cent Anfield Record Not The Focus For Liverpool