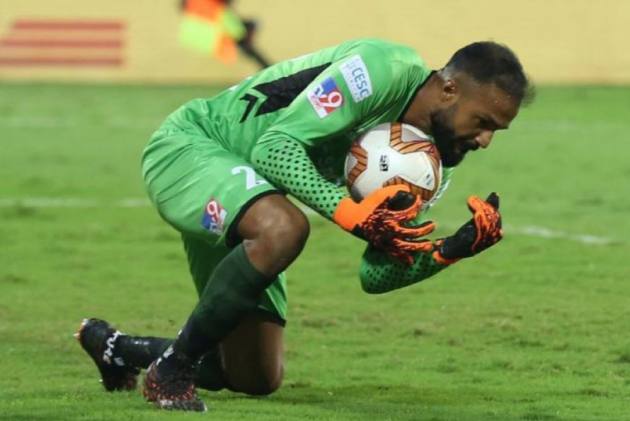 A bereaved ATK Mohun Bagan goalkeeper Arindam Bhattacharya on Monday said that his mother has died after battling COVID-19 for a fortnight in Kolkata. (More Sports News)

Arindam took to Twitter to inform about his mother Antara Bhattacharya's death.

"You're gone too soon maa but I know you're at a better place, take care of dad for us n wish him a very happy birthday from dada n me. take care till we again meet after life," Arindam tweeted.

You’re gone too soon maa but I know you’re at a better place, take care of dad for us n wish him a very happy birthday from dada n me. take care till we again after life â¤ï¸ pic.twitter.com/vUqv5fN9DD

A product of the Tata Football Academy (TFA), the 31-year-old was part of the Indian team for the 2019 Asian Cup in the UAE.

"We are deeply saddened by the passing of Arindam Bhattacharya's Mother today. Our thoughts and prayers are with Arindam and his family during this tough time. The Mariners are by your side," ATK Mohun Bagan wrote on its official Twitter handle.

On May 6, Arindam expressed his concerns about his mother's illness on the social media platform.

"My Mother is suffering from covid19 since last 12 days. My worst nightmare came true when my mother tested positive for coronavirus and it's a very difficult time for our family. Please pray for her a speedy recovery," he had tweeted.

A proven performer under the bar, Arindam had won the Golden Glove Award in the 2020-21 Indian Super League (ISL) season.

He was supposed to fly to Maldives with the ATKMB squad for their AFC Cup match a few days ago, but had decided to skip it to be with his mother.

He had appeared in 23 matches for ATK Mohun Bagan this season and had conceded just 19 goals. He kept 10 clean sheets and made 59 saves.

After his consistent performances in club level, he was first picked for the India U-19 team in 2005 and then made his debut for India U-23 team against Afghanistan in the 2009 SAFF Championship.

As far as the ISL is concerned, Arindam had stints in FC Pune City and Mumbai City FC before joining ATK in 2018, where he quickly established as the club's first-choice goalkeeper.