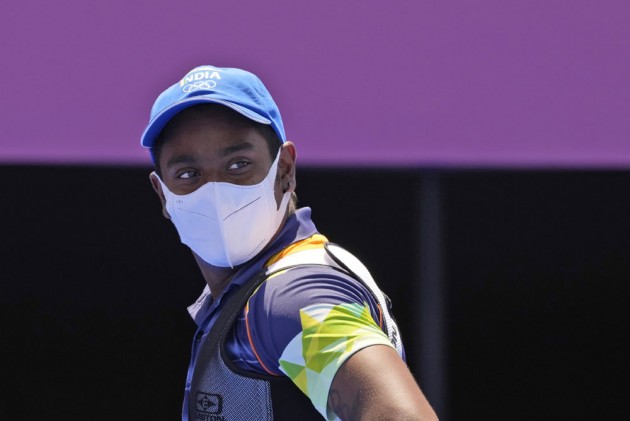 An Olympic medal in archery remained elusive for India.

A day after his world number one wife Deepika Kumari choked in the last-eight stage against eventual gold medallist An San of Korea, Atanu Das exited in the pre-quarterfinals of the Tokyo Olympics on Saturday.

Das, who knocked out London Olympics gold medallist Oh Jin Hyek in the last-32, failed to overcome home favourite Takaharu Furukawa, a silver winner in the 2012 edition, and lost 4-6 in an intense five-setter.

Returning to action a day after his stunning shoot-off win over the Korean heavyweight, Das had two loose arrows in the 8-ring in the first set that proved costly in the end, and Furukawa prevailed by just one point in the decider to seal a thrilling win.

"In the Olympics, every match is different, the situation, mindset, everything is different. I don't want to compare (with the match against Oh). I tried but it's okay I failed," Das said after the loss.

"Maybe, I took too much tension, it's a game we have to deal with. Next time, I will try harder."

The lone Indian in medal contention on the concluding day of archery events at the Yumenoshima Park, Das looked under pressure and his inconsistency did him in.

Das hit four perfect 10s but also misfired as many in the 8-ring to suffer a second successive pre-quarterfinal loss in the Olympics.

In his maiden Olympics at Rio 2016, Das had lost by an identical 4-6 margin to former Korean world champion Lee Seungyun, a team gold medallist at the Games.

The 29-year-old conceded the opening set, hitting the red circle twice as Furukawa won it 27-25.

He finally found a 10 in his first arrow of the second set but that was not enough as the home athlete also matched him, shooting an identical 28-28, and the Indian trailed 1-3.

Both players then shot two 8s but the Indian prevailed, drilling in two 10s to see it locked at 3-3.

There was more drama in store as the duo shot an identical 9-10-9 in the fourth set to take it to the decider after being tied 4-4.

Both had 9s in their opening arrows but Das, who was shooting first, slipped to another 8 and failed to find a 10, as Furukawa clinched it by a slender 27-26 margin in the deciding fifth set.

Das' compatriots Pravin Jadhav and Tarundeep Rai had already exited the competition. India had made quarterfinal exits in both the men's team and mixed pair events, going down to Korea in their respective matches.

"We need proper planning and strategy to excel at these Games. We have learnt a lot and it's about keeping your nerves stable. Looking forward to the World Championship and World Finals now," Das concluded.