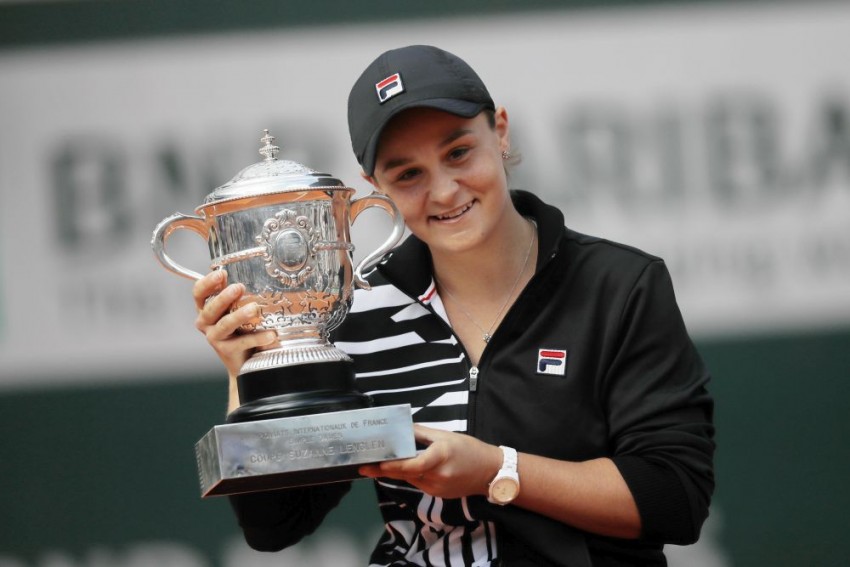 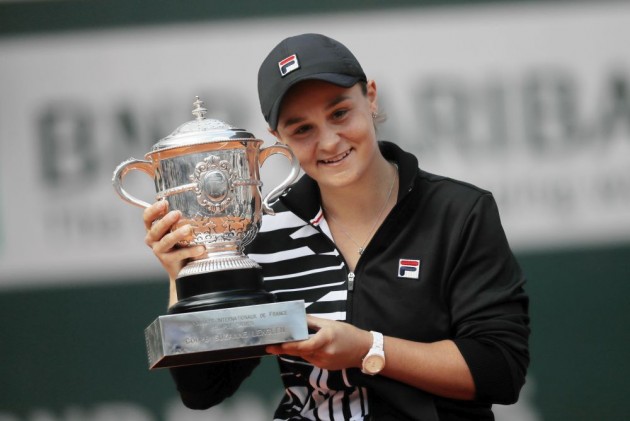 The magnitude of the occasion appeared to get to unseeded teenager Vondrousova in her first major final and the clinical Barty took advantage, breezing to a 6-1, 6-3 victory.

Barty, playing her first grand slam singles final after a doubles triumph at the US Open last year, became the first Australian since Margaret Court 46 years ago to be crowned champion at Roland Garros.

Vondrousova, playing on Court Philippe-Chatrier for the first time, was brushed aside by a steely Barty, who took just 70 minutes to seal a victory that will move her up to a career-high second in the rankings.

The eighth seed dismantled 19-year-old after the start was delayed by an hour and a half due to the time it took Dominic Thiem to beat Novak Djokovic in the second men's semi-final on the main show court.

Barty made hard work of beating Amanda Anisimova in a topsy-turvy semi-final on Friday, but controlled the decider, breaking five times as Vondrousova wilted on the big stage in Paris.

The 23-year-old favourite capitalised on an uncertain start from World No. 38 Vondrousova to storm into a 3-0 lead, an errant forehand from the left-hander gifting her an opponent an early break.

Vondrousova persisted with her trademark drop shot and the fleet-footed Barty read her like a book, but the outsider got on the board with a break back to trail 4-1.

Barty unleashed a majestic forehand winner as she hit straight back to win the next game and ended a quick first set with another rasping forehand down the line.

There was no respite for a startled Vondrousova, with a composed Barty putting away a simple forehand winner to break in the opening game of the second set.

Vondrousova - who had not dropped a set en route to the final - missed a simple overhead at the net and saw a break point come and go after giving herself a chance to level at 1-1.

Barty kept her composure with the Coupe Suzanne Lenglen in her sights and after holding to love for a 5-3 lead, she broke again with a smash at the net to become the first Australian to win a Grand Slam singles title since Sam Stosur's US Open triumph in 2011.