Miralem Pjanic's arrival at Barcelona could have a knock-on effect for several of the team's midfielders. 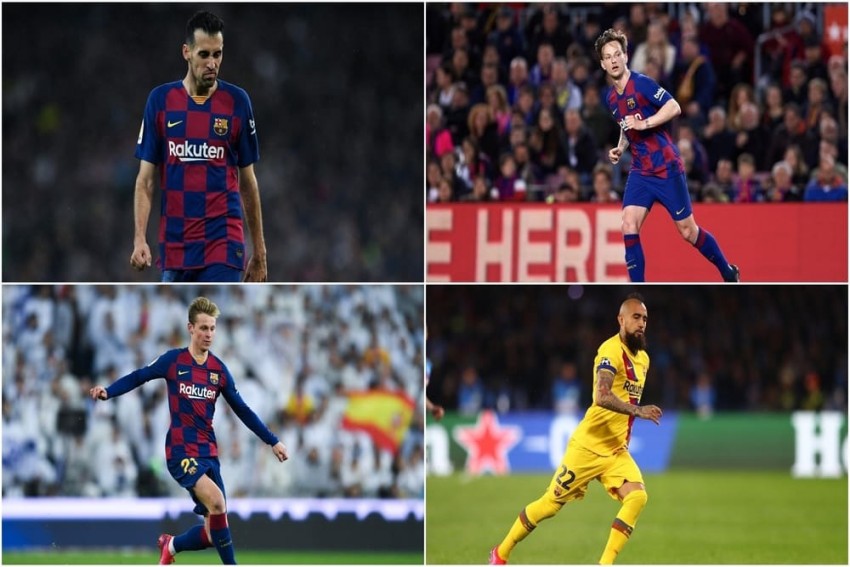 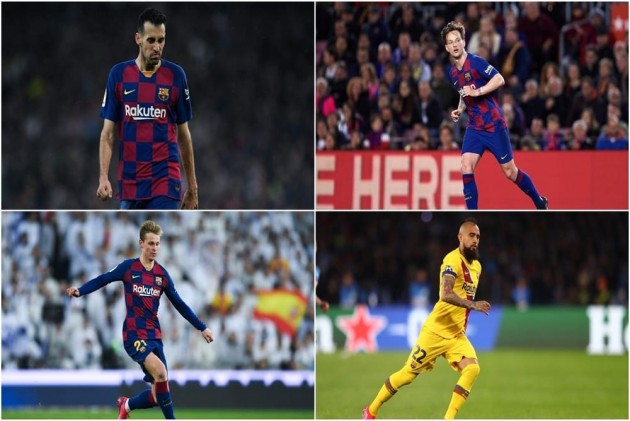 After weeks of speculation, Barcelona have agreed a deal to sign Miralem Pjanic from Juventus, with the sale of Arthur in the other direction having also been sanctioned.

It has been one of the more head-scratching transfer stories to have emerged in recent times, given at the age of 30 Pjanic has seven years on Brazil midfielder Arthur – a star whose talent is still burgeoning.

Barca will fork out an initial €60million to Juve, who have in turn agreed to stump up €72million for Arthur's services.

There is a general consensus that Juve have the better part of the agreement, due mainly to Pjanic's age.

The deal is sure to impact several of Barcelona's midfield too. We take a look at what the arrival of Pjanic may mean for the Blaugrana's current options.

things you need to know about our new signing! pic.twitter.com/deZgQ4Ts6U

Croatia international Rakitic has been a mainstay of Barca's midfield since joining from Sevilla in 2014, winning four LaLiga titles, as many Copas del Rey and the Champions League during a trophy-laden stint. But Rakitic has not always been universally loved by the Camp Nou faithful, perhaps his only crime being he is simply not club legends Xavi or Andres Iniesta, and has at times been subjected to jeers from the crowd. With his contract up in 2021 there have been plenty of rumours Barca could cash in and Atletico Madrid have been strongly linked with his signature. The player himself said this month he is not heading for the exit door, but this rumour is unlikely to go away anytime soon.

Busquets is heading for the sort of legendary status the aforementioned Xavi and Iniesta achieved at Camp Nou. Since breaking into the first team from the club's legendary La Masia academy 12 years ago, there has been no player in world football more consistently brilliant in the defensive pivot role and his influence on Barcelona for over a decade can never be understated. But the World Cup winner turns 32 next month and Father Time does not slow down even for the world's best. Such is Busquets' enduring quality, he likely has a couple more years left at the elite level, yet Barca will need to start contemplating life after this club great. Pjanic may have been brought in to help bridge the gap between generations.

Widely considered as a player to carry Barca into the next generation, Puig has made six LaLiga appearances this term – the only start among those outings only came in last weekend's 2-2 draw at Celta Vigo. With doubts over the long-term futures of Rakitic and Arturo Vidal, it looked as though a breakthrough to becoming a more regular and influential part of the first team was on the cards for the 20-year-old. But the arrival of Pjanic may mean that particular path is blocked once again for one of Barca's greatest hopes. With fellow academy graduate Carles Alena having departed for Real Betis on loan in search of regular football in January, and the possibility that move gets made permanent, Barca will need to assuage any concerns over a lack of minutes or risk their talented youngster getting itchy feet.

The arrival of Vidal from Bayern Munich on a three-year deal in August 2018 was met with a similar lack of fanfare to Pjanic's. The fact the Chile midfielder was 31 when he moved to Camp Nou only adds to the similarities. Much like Rakitic, Vidal's future at Barca has been the subject of regular debate, with a return to Serie A – where he formerly represented Juventus – to link up with Antonio Conte at Inter frequently mooted. Vidal recently said he is happy to stay at Barcelona so long as he feels important. He turned 33 last month, though, and the arrival of Pjanic may complicate his desire to be utilised in the trophy-defining matches. With Vidal there is very much a watch-this-space feel.

Netherlands star Frenkie de Jong was being chased by a who's who of European giants prior to agreeing his big-money move to Barcelona from Ajax last year. De Jong has made 27 LaLiga appearances, including 24 starts, in a debut campaign that has shown flashes of brilliance but never truly ignited. Lofty expectations and ruthlessness are common at a club the stature of Barca, Arthur himself can pay testament to that, and more will be expected of De Jong moving forward. Still, he remains just 23 and Barca will surely build around De Jong for the next decade – perhaps flanked by Pjanic for a decent chunk of that time.