Forget About The Cricket World Cup For Once, Arjun Tendulkar Proves His Mettle With Barbaric Delivery In Second XI Championship – WATCH 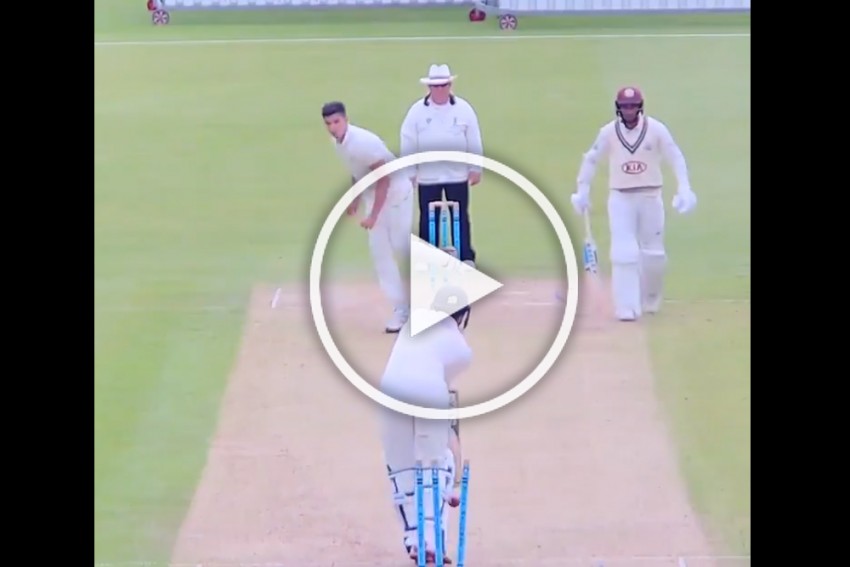 Arjun Tendulkar has been hitting the headlines since receiving his India U-19's maiden call up.
Twitter
Outlook Web Bureau June 18, 2019 00:00 IST Forget About The Cricket World Cup For Once, Arjun Tendulkar Proves His Mettle With Barbaric Delivery In Second XI Championship – WATCH 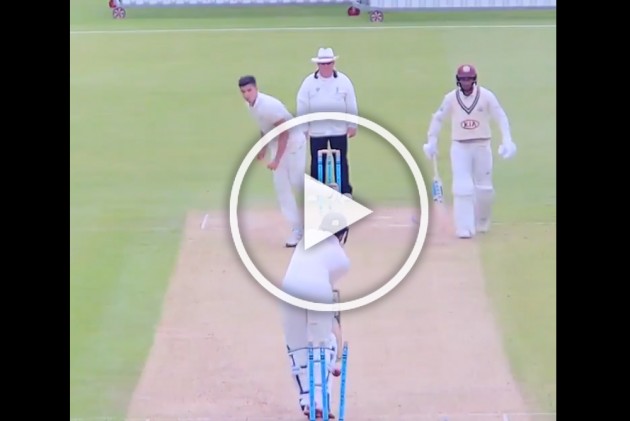 Legendary Sachin Tendulkar's son Arjun Tendulkar has been hitting the headlines since receiving his maiden India U-19 call up last year. Now the 19-year-old has once again come under the limelight, after bowling a bombastic delivery against a Surrey 2nd XI' batsman. The barbaric delivery was so good, that it hit the top of his off-stump! Tendulkar was representing MCC Young Cricketers in the Second XI Championship in England. The ongoing Cricket World Cup has seen a lot of amazing deliveries, but this one could be better than of them!

The wicket was tweeted by Lord's Cricket Ground's official Twitter handle. It was captioned as, "Arjun Tendulkar, take a bow!"

He took this stunning wicket this morning for @MCCYC4L.

Surrey had a poor star after winning the toss. The outfit decided to bat. Arjun's famous delivery bowled out opener Nathan Tilley, on the first ball of the third over. It angled across from over thw wicket, swinging in off length and then hit the top if the right-handed batsman's off stump!

Although MCC Young Cricketer's had a good start, Surrey staged a comeback and registered 257/4. Later, Surrey finished at 276/6 after 60 overs.

Arjun also scalped the wicket of BBA Geddes. His figures were 2/50 in 11 overs. He also bowled two maidens at an economy of 4.55.

Arjun is slowly developing into an upcoming cricketer. He was excellent in the Vinoo Mankad Trophy in November 2018. His figures were 5/30, as Mumbai beat Gujarat. He also put in figures of 3/14 in his side's win over Assam.