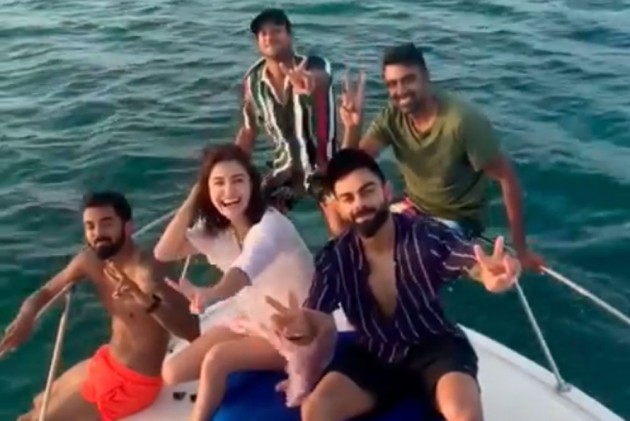 After registering a gigantic win against West Indies in their ongoing two-match Test series, India cricket team players have taken a short break from their professional duties and have been exploring the Caribbean Islands. Virat Kohli and his wife Anushka Sharma went on a yacht trip, joined by the likes of KL Rahul, Mayank Agarwal and R Ashwin.

In the boomerang, they can be seen in casual, beachwear, coupled with smiles and cheerful faces; with the beautiful sea in the background. Kohli and Anushka caught social media's attention with fans praising their choice of attire.

India produced an excellent display to blaze past Windies in the first Test, in Antigua's Sir Vivian Richards Stadium. The Men in Blue won by 318 runs. Jasprit Bumrah was on fire, meanwhile, Ajinkya Rahane showed his batting skills with much aplomb. The visitors have taken a 1-0 lead over the home side in the series.