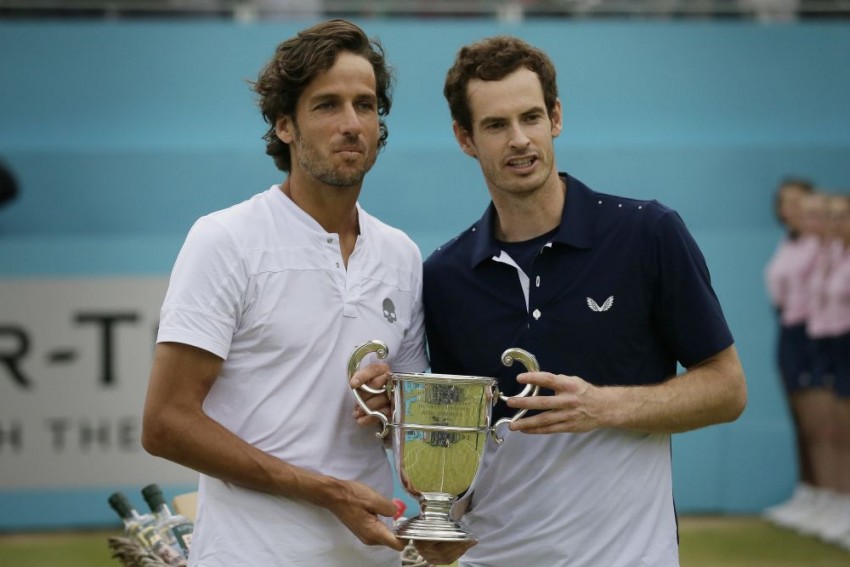 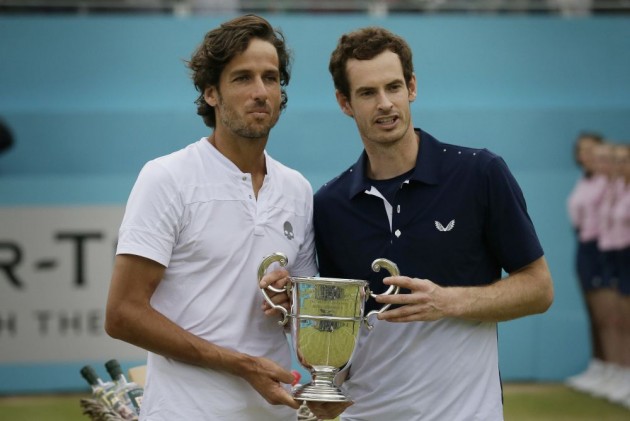 Former World No. 1 Andy Murray says he could resurrect his singles career at this year's US Open following a remarkable return to tennis with victory in the men's doubles at the Queen's Club tournament on Sunday.

The 32-year-old Scotsman teamed up with Spanish partner Feliciano Lopez to take a 7-6 (8/6), 5-7, 10-5 win over Britain's Joe Salisbury and Rajeev Ram of the United States.

The three-time Grand Slam champion's triumph comes after what he described as "life-changing" hip surgery earlier this year.

Murray said that while he had not made up his mind about a return to singles, the US Open would be the tournament where it could happen.

If so, it would be a remarkable turnaround for a man who was tearfully pondering retirement in January and has seen his singles ranking tumble to 215 in the world.

"I mean, potentially, yeah," he said when pressed as to whether the US Open -- where he won his first Grand Slam title in 2012 -- could be the place to resume his singles career.

"But I don't care, really, either way. Like, it would be nice to play at the US Open, but if I don't -- look, I got so much enjoyment and happiness after winning a first round doubles match here that, you know, that's enough.

"I don't have to be getting to the US Open this year and be really competitive and have to win the tournament for me to enjoy it."

Murray, also a two-time Olympic singles champion, said he had to be mindful about his hip, although he came through the week at Queen's pain free.

"It's not just to get back on the court playing singles," he said.

"It's to protect my hip for the longer term to make sure that my muscles are in the correct balance so that I'm not impacting the hip in the same spot all of the time.

"I need to improve the range of motion in my hip as well so that when I'm changing direction that there is a bit more freedom for it to move around.
Murray -- watched by his wife Kim and mother Judy on Sunday -- may be regretting deciding not to play with the 37-year-old Lopez at Wimbledon.

The Spaniard produced a Herculean effort, winning the singles title in three sets earlier in the day against Gilles Simon of France before playing sublimely in the doubles.

Murray praised Lopez for his extraordinary feat of endurance which saw him out on court for over 15 hours during the week -- and added the title meant more than some of the singles titles he has won.

"This is very different for me, and it's more special than a lot of the singles tournaments that I have won for a lot of different reasons," he said.

"I just won the doubles here with Feli (Lopez), you know, with a metal hip. It's mental, really.

"That's a cool thing to be able to have done, and yeah, just because of probably where I was a few months ago.

"At times, even as far as just two months ago, I just wasn't thinking about this." Murray will now move on to Eastbourne before playing at Wimbledon where he will be partnered by Frenchman Pierre-Hugues Herbert.

Lopez paid a handsome tribute to Murray and said if he continued on this trajectory he should be back playing singles.

"This happens only once in a lifetime to win here at singles and doubles," said Lopez reflecting on his own extraordinary week.

"I hope that he's (Murray) gonna be playing singles soon. But I'm sure that if he keeps progressing the way he's doing right now, we're gonna see him playing singles again."