After Evacuation, Two Afghan Athletes Arrive In Tokyo To Compete In Paralympics

Zakia Khudadadi and Hossain Rasouli had flown from Kabul to Paris before continuing on to Tokyo, the IPC said 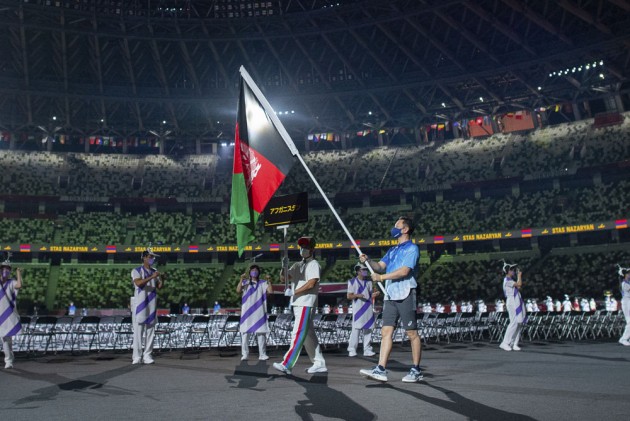 Two athletes from Afghanistan have arrived in Tokyo to compete in the Paralympics, the International Paralympic Committee said Saturday. (More Sports News)

The two-person team of Zakia Khudadadi and Hossain Rasouli had flown from Kabul to Paris before continuing on to Tokyo, the IPC said.

Khudadadi will be Afghanistan's first female athlete to compete at the Paralympics since Athens 2004.

She will challenge in the women's 44-49-kilogram weight category in taekwondo on Thursday, and her teammate will line up in the heats of the men's 400 meters T47 event on Friday.

The Paralympics close on Sept. 5.

"Twelve days ago we were informed that the Afghan Paralympic team could not travel to Tokyo, a move that broke the hearts of all involved in the Paralympic movement and left both athletes devastated," Parsons said in a statement provided by the IPC.

"That announcement kick-started a major global operation that led to their safe evacuation from Afghanistan, their recuperation by France, and now their safe arrival in Tokyo," he added.

Chelsey Gotell, the IPC Athletes' Council chairperson, welcomed them in a statement also provided by the IPC.

"On behalf of their fellow 4,403 Paralympic athletes competing at the Tokyo 2020 Paralympic Games," she said,"I welcome Zakia and Hossain to the Paralympic Village. This is their home for the next nine days and as a community we are 100% behind them.

"Both athletes have been extremely clear that after years of training they wanted to compete on the biggest stage of all, the Tokyo 2020 Paralympic Games," Gotell added.

"The fact that so many authorities have combined to make this possible is truly wonderful."