The India U-16 boys' team marched on to yet another win, this time, defeating Central Asian side Turkmenistan, in their opening match of the AFC U-16 Championship Qualifiers, Group B, on Wednesday at Tashkent 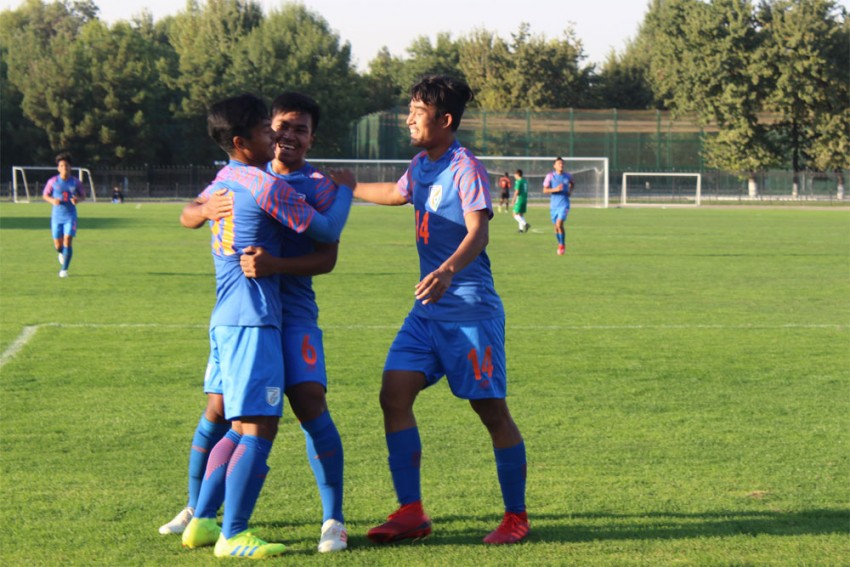 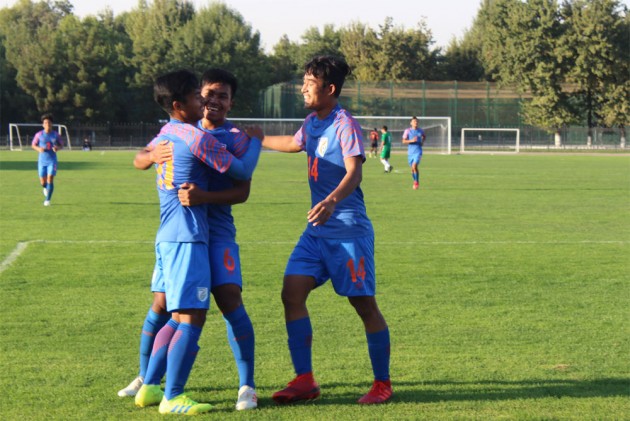 Sridarth Nongmeikapam scored a brace as India registered a convincing 5-0 win over Turkmenistan in their opening match at the AFC U-16 Championship Qualifiers Tashkent on Wednesday.

Shubho Paul, Taison Loitongbam and substitute Himanshu Jangra were the other goal scorers for India.

Playing at the Transport Institute Stadium, home to the reserve side of reigning Uzbekistan Super League champions Lokomotiv Tashkent, India looked to dominate their opponents from the first half itself.

While the ball seesawed up and down the pitch in the opening exchanges, India soon gained control of the match.

Both sides had a go at each other in the opening exchanges. While the likes of Anish Mazumder and Singson Paogoumang held off the Turkmen attack, the combination of Pritam and Taison, down the right flank, looked dangerous for India.

Just ahead of the half-hour mark, India took the lead through winger Shubho.

Turkmenistan attempted to mount a comeback for large parts of the first half but the Indian midfield duo of Sukham Yoihenba Meitei and Sibajit maintained solidity to thwart their chances.

Just a few minutes ahead of half-time, India doubled their lead. Taison forced himself into the area to play a cutback which was duly turned in by Sridarth.

They may have gone into the break with a two-goal lead, but India picked up right where they left off.

A few minutes into the restart, Taison added the third, as he smashed in a cross by Shubho from just outside the far post.

It was after this goal, India coach Bibiano Fernandes brought on striker Himanshu in place of Taison, pushing Sridarth out to the wing.

Himanshu had an immediate effect as he was played through into the box by Maheson Tongbram and he went on to finish with great aplomb. Sridarth finished off the scoring late in injury time to make it five for India.