Bengaluru FC has been a regular feature in the AFC Cup knockout rounds between 2015 and 2018 and, having missed out of the continent's second-tier club competition last year, it is eyeing a return with a bang 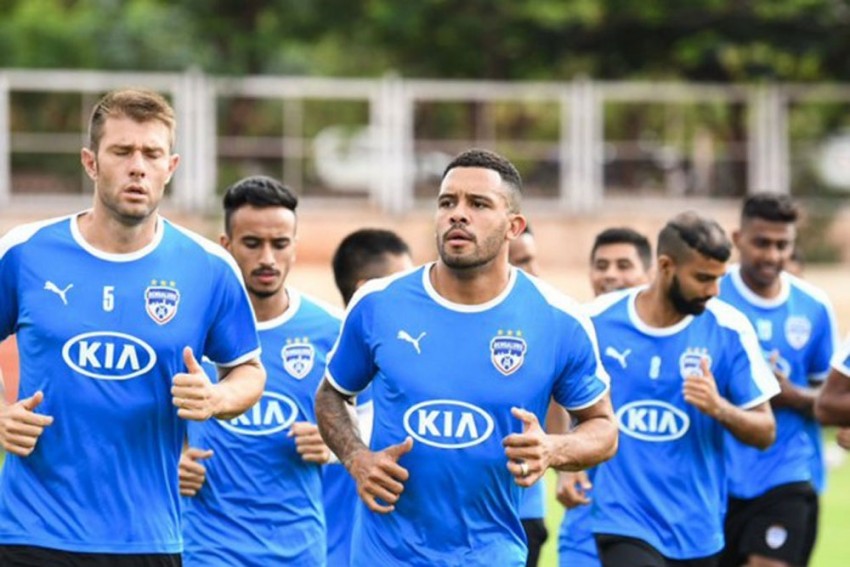 The first leg of the preliminary round 2 will be played at the Changlimithang Stadium. The second leg will be played on February 12 in Bengaluru.
Courtesy: Twitter
PTI 2020-02-04T18:47:37+05:30 AFC Cup: Bengaluru FC Face Paro FC Of Bhutan 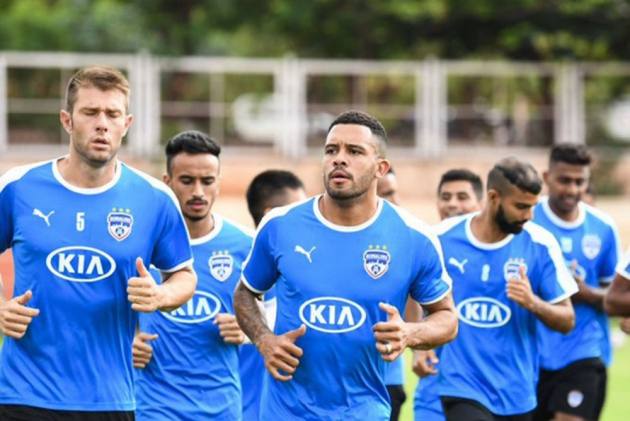 Indian Super League champions Bengaluru FC will start as favourites when it takes on Paro FC of Bhutan in a preliminary round match of the AFC Cup Thimphu on Wednesday. (More Football News)

Bengaluru FC has been a regular feature in the AFC Cup knockout rounds between 2015 and 2018 and, having missed out of the continent's second-tier club competition last year, it is eyeing a return with a bang.

The winner of this two-legged tie will be clubbed with reigning I-League champions Chennai City in Group E of the main round of the AFC Cup.

The Carles Cuadrat's side are going into Wednesday's match after four wins from five games in the ISL and the 2016 edition runners-up side has come here early to acclimatise to the conditions, especially as the match is playing on artificial turf.

"The weather is quite different here from what it's like back in Bangalore. We've come in early to acclimatize," captain Sunil Chhetri said ahead of the match.

"We're very happy to be back in Asia. We didn't play the AFC Cup last year, and that wasn't very nice. We've represented India in four of the last five years and we're happy to be able to do that again," he added.

Cuadrat said his team has been preparing well and is ready for the match.

"We love to play in this competition. The AFC Cup allows me to register 30 players and I believe we have players with good talent coming in from the youth teams. It will be nice for them to play a game like this.

"I'd like to add to that because I said to Sunil that now would be a good time for you to get some rest and he said 'Mister, forget about rest. I want to go to Bhutan'. So yeah, that's why he's here," the head coach added.

The home side, the Bhutan Premier League champions, will have a familiar face in Chencho Gyeltshen, who earlier played for Bengaluru FC.

Chencho, also called the Bhutanese Ronaldo, was part of Cuadrat's Bengaluru FC side during ISL 2018-19 and played a role in the team winning the title last season.

Having worked closely with the nippy forward, Cuadrat and most of the Bengaluru team are well-aware of the considerable threat that the 23-year-old poses.

"Chencho is a great person and a great footballer. I'm happy to see him again. We've been in touch. He's a great player for sure, but I hope that he won't be at his best on Wednesday," Cuadrat said.

Bengaluru on Monday named a young 30-man squad for the preliminary stages, with as many as nine 'B' team players, including three U-18 players -- Emanuel Lalchhanchhuaha, Sridarth Nongmeikapam and Johnson Singh Laishram -- making the list.