Australia will play England in the 2019 Cricket World Cup semifinals and will be missing Usman Khawaja, while Marcus Stoinis will be assessed. 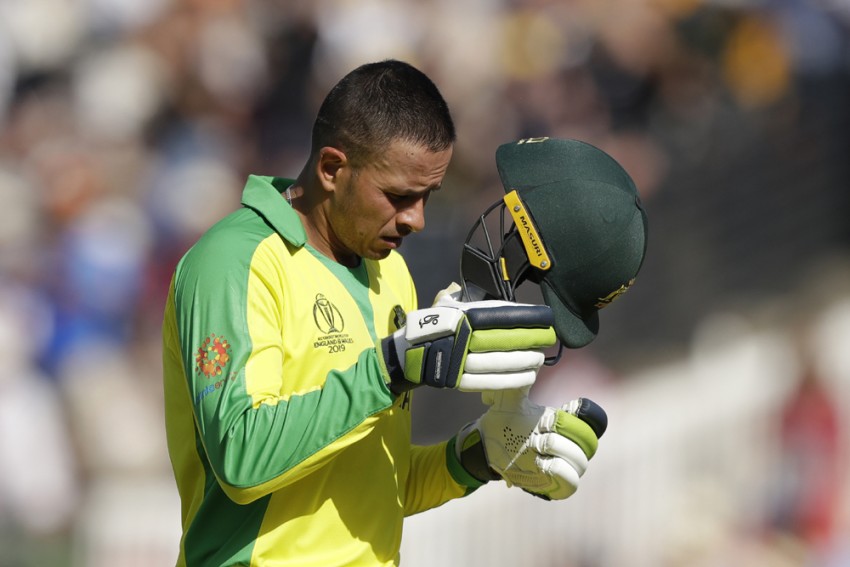 Khawaja retired hurt before being forced to return in the 10-run reverse to the Proteas on Saturday, scoring 18 before diverting the ball onto the top of his stumps.
AP
Omnisport 2019-07-07T12:54:25+05:30 Australia's Usman Khawaja Ruled Out Of Remainder Of Cricket World Cup 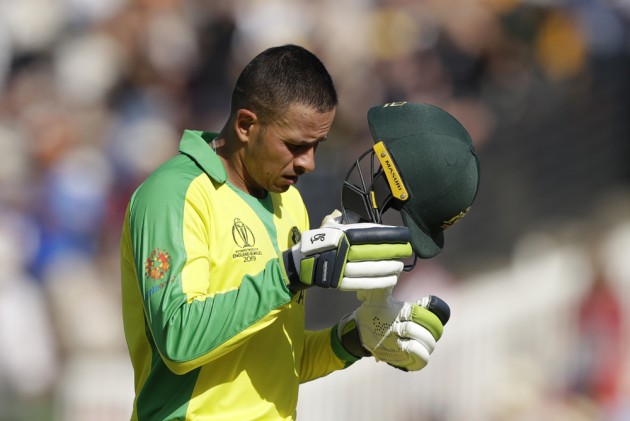 Usman Khawaja's Cricket World Cup is over after he suffered an apparent hamstring injury in Australia's defeat to South Africa.

Khawaja retired hurt before being forced to return in the 10-run reverse to the Proteas on Saturday, scoring 18 before diverting the ball onto the top of his stumps.

Australia have brought in Matthew Wade as cover for the injured Khawaja and will now await the approval of the ICC's Event Technical Committee to include him officially in the squad.

Captain Aaron Finch was pessimistic about Khawaja's condition in the post-match presentation, with a scan set for Sunday.

"It doesn't look ideal for Usman Khawaja at the moment," he said. "We'll have to wait and see.

"He's going to have a scan in the morning and we'll make a call based on what the results are there."

Marcus Stoinis also looked to be struggling, although Finch was slightly more positive on that front, but Australia at least have their A team on hand should either player need to be replaced.

"I'm not sure [on Stoinis]," Finch said. "At the moment, it feels okay. But until you get the definitive scans, it's tough to know.

"The whole Australia A squad is here, the four-day guys and the one-day guys. So if they need to be replaced, which I imagine Usman will, there's plenty of guys to come in."

The loss to South Africa saw Australia slip below India, winners against Sri Lanka, into second to set up a crunch semi-final with rivals and hosts England.

Finch added: "It doesn't get much bigger than that: England v Australia in a World Cup semi-final. Hopefully it's a great game."

Du Plessis himself scored 100 against Australia, but South Africa have long been out of contention after a dismal start to the group phase.

"After the tournament is when we start scratching our heads and try to figure it out," he said of his side's issues. "It's inconsistent cricket.

"To be in the semi-finals, especially now with this new four-team format, you have to be at your best for most of the tournament.

"If you're not, you need guys to lift the team and win games almost on their own. We weren't at our best as a team and we had guys not doing enough to get us over the line."