Pep Guardiola had a simple message for the fans after becoming Barcelona head coach in 2008: "Fasten your seatbelts." (More Football News)

In April 2011, the Catalan press recalled that promise of excitement as they previewed a once-in-a-generation event: four matches between Barcelona and Real Madrid, with three trophies at stake, in 17 days. A Clasico World Series. A defining run of fixtures where winning was everything and losing was unimaginable, with each side dreaming of celebrating a treble and terrified of watching the other do the same.

On one side, the Barca of Guardiola, the man taking the coaching world by storm in his first senior post-playing job. A team built from La Masia, boasting some of the academy's greatest ever products: Victor Valdes, Carles Puyol, Gerard Pique, Sergio Busquets, Xavi, Andres Iniesta, Lionel Messi. With the ball on their 'carousel', they were the pinnacle of possession-based attacking play, proof that technical accomplishment could triumph over brute force. They were chasing a second treble in three seasons, and under Guardiola, they had never lost a final.

It could be said Madrid were afraid of this new Barca, and in their fear, they made a deal with the devil. In came Jose Mourinho, the man whose Inter thwarted Barca's attempts to play a Champions League final at the Santiago Bernabeu in 2010. His task was not so much to knock the Catalans off their perch, but to raze the perch to the ground. A league champion in Portugal, England and Italy, the mastermind of Inter's historic treble, with two of history's most expensive signings in Cristiano Ronaldo and Kaka at his disposal, Mourinho's task was clear: stop Barca at all costs.

For some, this went beyond the two best teams in the world going head-to-head for trophies. This was a meeting of minds, a clash of styles, a fight for football's very soul. And so, in the spring of 2011, the battle lines were drawn. On April 16, Barca were to host Madrid in La Liga. Four days later, they would meet neutrally at Valencia's Mestalla in the Copa del Rey final. Then came the biggest of all: a two-legged Champions League semi-final for the right to face Manchester United at Wembley.

And neither team, nor coach, would ever be quite the same again. 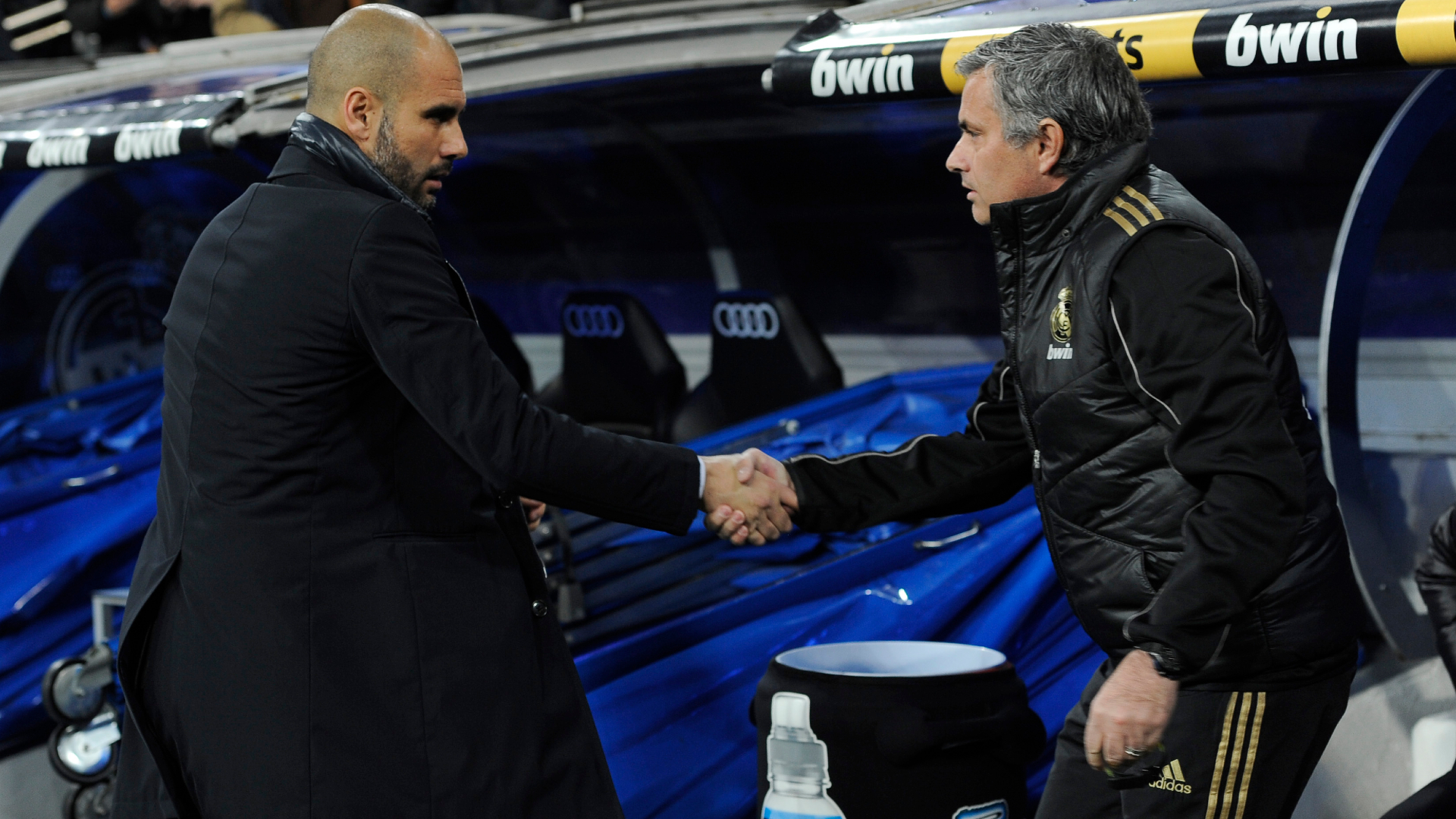 With Barca leading La Liga by eight points heading into the match, having won 26 and drawn three of their previous 29 top-flight games, few realistically believed a defeat would see them throw away the title. This was more of a warm-up act for what was to come, and the chance for Madrid – and Mourinho – to prove they had learned from the reverse fixture: a 5-0 evisceration at Camp Nou in November.

Certainly, there were changes. Madrid had just 33 per cent of the ball in the first game and that dropped to 24 per cent here, as they completed 234 passes to Barca's 791.

And yet they carried a much greater threat than before: They had more shots than Barca (13-11) and six on target, both the most they managed in any Clasico that term. Even after going a goal and a man down – Messi scoring a penalty after Raul Albiol was sent off for fouling David Villa – they salvaged a point after Ronaldo buried a spot-kick of his own.

Mourinho was starting to make his mark. Madrid committed 22 fouls, with Pepe accounting for five of them. Only Lassana Diarra conceded more free kicks in any of the four matches. There were seven bookings, five of them for Barca, whose frustrations with the Madrid approach were summed up neatly when Messi booted the ball into the stands. Only three players created more than one goalscoring chance: Xavi, Angel Di Maria… and Pepe.

For Mourinho, Albiol's red card was key. Although his side snatched a draw, they seemed at the mercy of the Barca circulation machine: 10 of Guardiola's players managed more than 30 passes, including substitute Seydou Keita, while only Sami Khedira (31) did so for Madrid. Xavi, who made 144 on his own, would average 139 per game across the four encounters.

"Eleven against 10 and it was practically mission impossible," said Mourinho. "Especially against a team that – with possession of the ball – are the best in the world."

The title race was out of Madrid's hands. However, in a one-off contest, things looked different…

"We knew that whoever scored first would win it," said Mourinho. "And so it proved."

Ronaldo's 42nd goal of the season, a towering header from Di Maria's cross, was enough to decide a cup final spanning 120 gruelling minutes in Valencia. It was Ronaldo and Mourinho's first Madrid trophy, Guardiola's first final defeat, and an end to his dreams of a second treble.

It was also a doubling-down by Mourinho on his pervading methods. Madrid allowed Barca 79 per cent of the ball with the Catalans' 901 passes nearly four times as many as their opponents managed. Concrete opportunities, again, were scarce: there were just four shots on target each from a total of 27.

This time, Barca got sucked into the fight. They committed 24 fouls, their most in any Clasico that season, with each side earning three bookings apiece, and Di Maria was sent off in the dying moments. Their more combative approach neither improved Barca's play nor disrupted Madrid further; however, Los Blancos created nine chances in the contest, only one fewer than Barca, despite yielding so much of the possession.

"Life is like that – you can't always win," Guardiola rued. "We can take them on over two games – we've just done that," goaded Mourinho. And the world waited for what would come next. 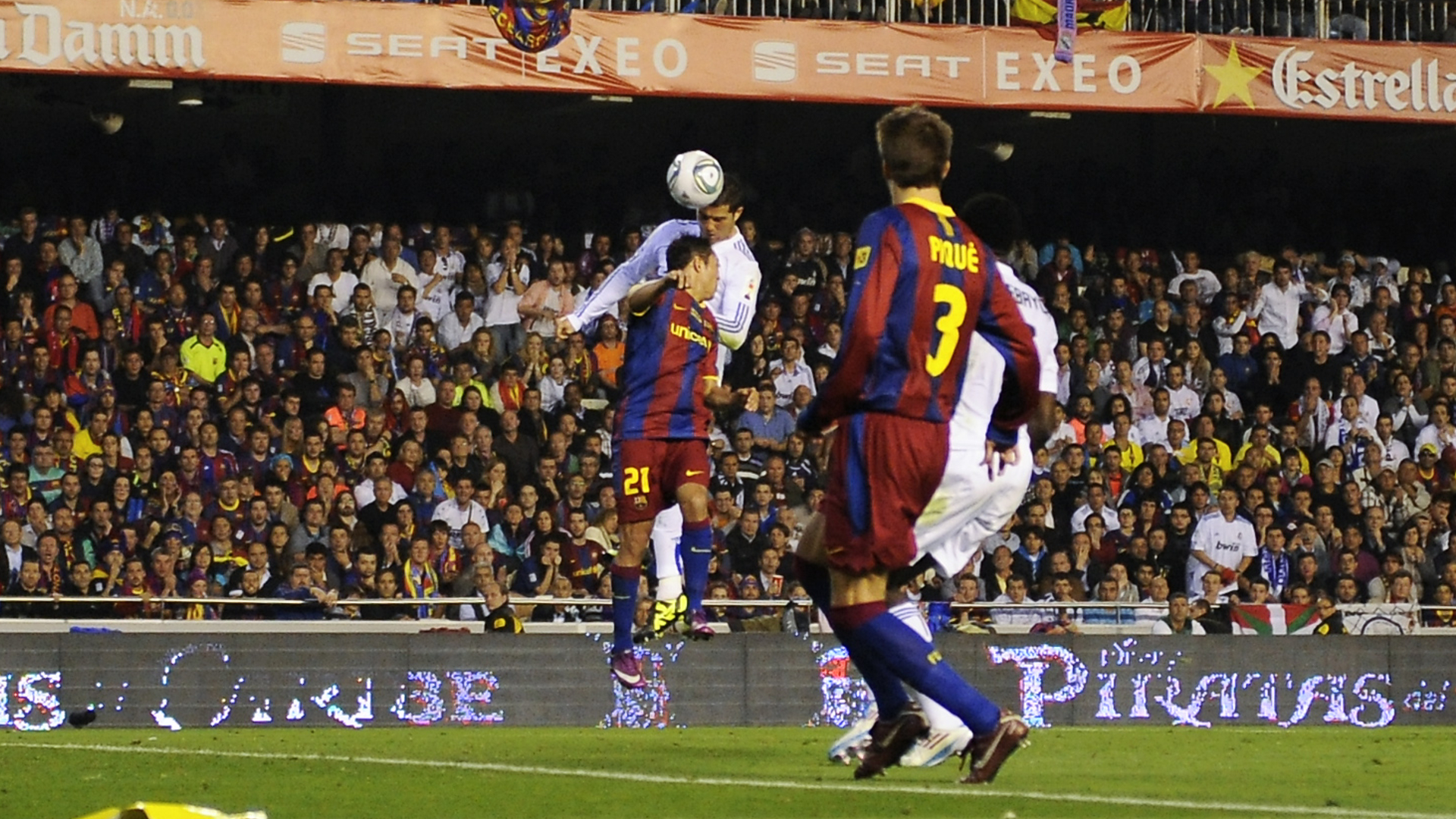 The drama started on the eve of the match when Guardiola finally snapped.

His rant at Mourinho, "the f****** boss," was his most public display of anger, his patience exhausted by his opponent's needling. The final straw had been Mourinho describing Pep as a unique coach "that criticises referees when they get decisions right".

In that explosive news conference delivered mostly to "Mourinho's camera", Guardiola promised: "Tomorrow, 8.45 p.m., we will take to the field and we will try to play football as best as possible."

One man certainly did.

Messi had struggled to exert huge influence in the first two games. He had only one shot on target in the cup final, for instance. He was harried, kicked and crowded out at the Santiago Bernabeu this time, and yet won only two free-kicks as Barca committed more fouls than their opponents for the first time. It seemed Mourinho's mind games were paying off.

This, perhaps foreshadowed in the pregame build-up involving their managers, was the most ill-tempered, poisonous game of the lot. There were three red cards shown: one to Barca substitute Jose Pinto, one to Pepe for a foul on Dani Alves, and one to Mourinho for his sarcastic praise of the officials. Again, though, Madrid's 10 men looked capable of salvaging a result, until Messi was unleashed at last. His first was a relative tap-in, a close-range finish from Ibrahim Afellay's cross. It is a goal that is easily forgotten due to what came after. Busquets rolled the ball into his path, and Messi was off – away from Diarra, away from Albiol, beyond Marcelo, before squeezing a low finish past Iker Casillas.

It was his 11th goal in 11 Champions League games, his 52nd of the season, and perhaps the greatest he has ever scored: for the occasion, the speed, the execution, the kicks that failed to stop him.

Everyone, it seemed, felt the tie was already over. Madrid decided to prioritise chasing Barca players over chasing the game, committing 30 fouls for the return of a single shot on target. At least nobody was sent off.

Gonzalo Higuain thought he had given Madrid the lead, but it was disallowed for a foul by Ronaldo in the build-up. Marcelo cancelled out Pedro's eventual opener, but it was Barca who went through – and Madrid who went apoplectic.

"We feel tricked by the officials," Casillas said afterwards.

"Next year, they might as well give the cup to Barcelona," complained Ronaldo.

Mourinho was facing possible punishment for suggesting referees favoured the Blaugrana, while both teams vowed to make official complaints to UEFA about the other.

The battle was done, the hostilities over (on the pitch, at least). Crucially, though, the events of these matches hardened Mourinho's resolve. "Now I have more willingness to continue in charge of Real Madrid for what this means," he said. "This jersey is white, and white now has more significance."

Over those two spectacular weeks, the teams shared two draws and one win apiece. Barca, though, were the victors: a third league title in a row and a second Champions League triumph under Guardiola easily made up for losing the Copa final.

Mourinho, however, would not lose the war.

These games, and the 5-4 two-legged Supercopa de Espana defeat in August – one made infamous by Mourinho poking Barca assistant Tito Vilanova in the eye – showed the Portuguese the way to conquer Spain: disrupt Barca and destroy the rest. His players seemed galvanised, and they proved it.

In 2010-11, Barca finished on 96 points, four ahead of Madrid. Interestingly, they only scored 95 goals to their rivals' 102, while conceding 12 goals fewer. They lost just two games to Madrid's four.

Mourinho's response was to develop Madrid not into a team impossible to beat, but one that could barely stop winning. Records tumbled in 2011-12: 32 victories from 38 games, 121 goals scored, 100 points accrued. His Faustian pact with Madrid had paid off, but those vitriolic two campaigns took their toll. He has had three times as many job changes as league titles in the decade since.

Barca also scored more that season: 114 times in the league overall, 50 of which came from Messi. Overall, though, their exceptional standards had slipped just enough. After three intense seasons under Guardiola and the brutality of El Clasico's rivalry, they just couldn't sustain it any longer. At the end of the season, Guardiola announced he was stepping down, admitting: "Four years is an eternity as Barca coach… I have nothing left." 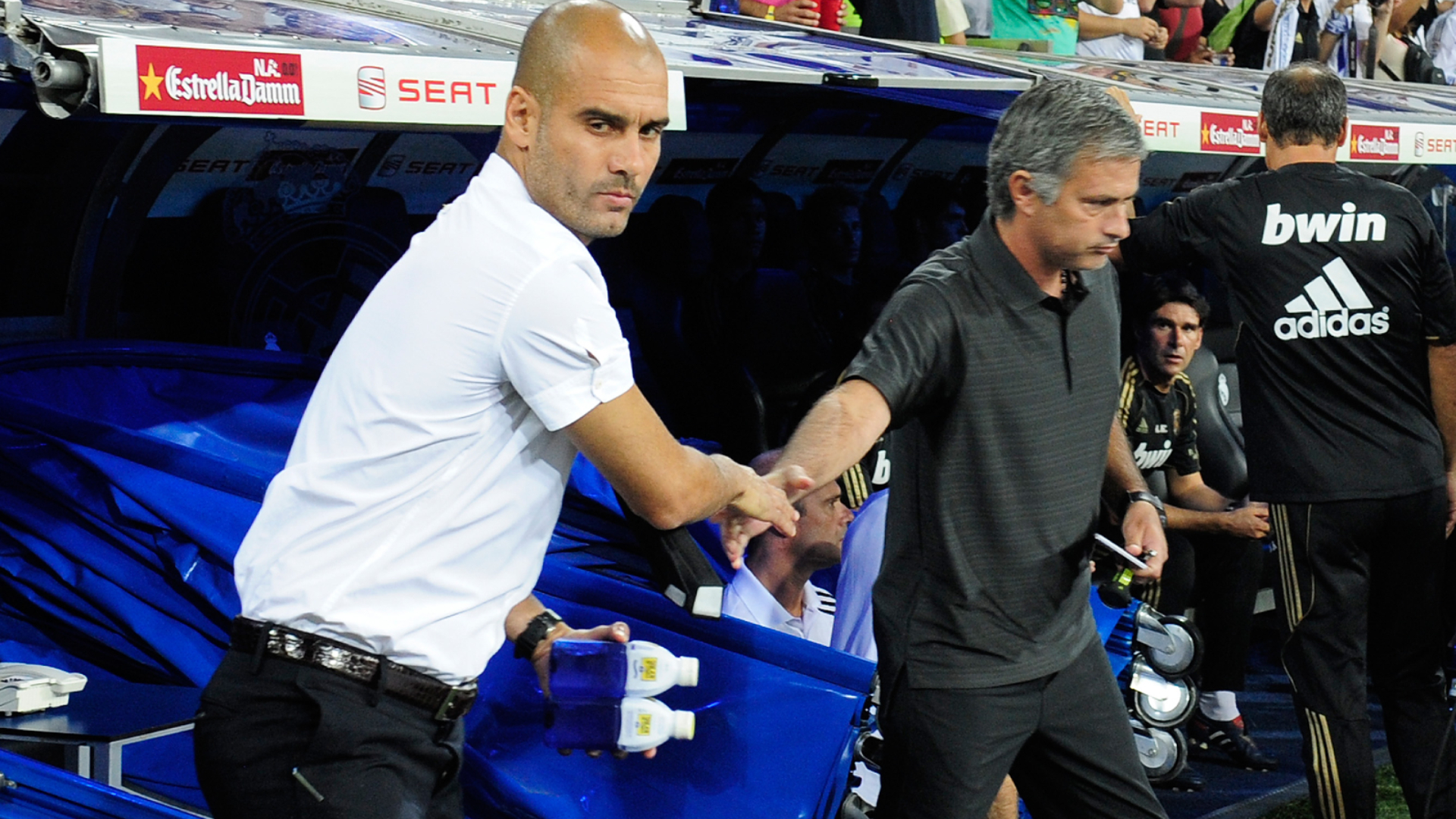