D Roopa Moudgil questioned why she was sent passes to the award function, in spite of her sending a letter to the foundation declining the award. 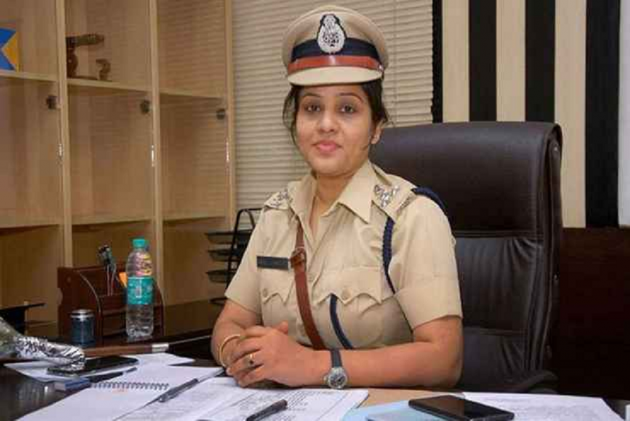 A day after the Namma Bengaluru Foundation (NBF) denied conferring the 'Namma Bengaluru Award' to IPS officer D. Roopa Moudgil, the latter questioned why she was sent passes to the award function, in spite of her sending a letter to the foundation declining the award.

Responding to the NBF's claims of relentless lobbying for the award, Roopa in a rebuttal letter clarified that as per the guidelines, nominees were expected to appear before the jury to explain their contribution. "If you look at the Namma Bengaluru Foundation Facebook page, they have put up a CV about me which does not speak about my actual contribution of exposing the corruption/irregularities in Bengaluru Prison. Hence, reiterating the correct facts and position to the jury does not amount to lobbying.

Otherwise, why do they even invite people to appraise the jury," the letter read. Citing reasons for declining the award, Roopa said since the Bengaluru-based non-profit organisation had begun activism and dragged the government to court on many issues such as the "steel flyover" and "sewage water into Cauvery River", it was inappropriate for government servants to accept such an award, as they represented the institution in the court on the aforementioned issues.

She further highlighted loopholes in the process of selecting the final winner and said the NBF has started losing credibility due to the same. "The NBF by saying that I knew the results of the award have admitted themselves inadvertently that the whole process was rigged. Because, their rules and policy say that until the moment the awards are given, no one knows who is getting and they take pride in the above fact. To say anything contrary now by them amounts to further losing credibility. I declined the award much before. It would be even more embarrassing had I received it and then returned," argued Roopa.

She further stated that government servants who accepted the award flouting provisions of the All India Service Rules, 1968, have to be questioned. On Sunday, Roopa refused to accept the Namma Bengaluru Award as it carried a high cash reward. In a letter written to the chairman of NBF, the IPS officer had said her 'conscience' does not permit her to accept the reward.

However, the NGO on Tuesday stated that she was not offered the award in the first place, and hence there was no case of her turning it down. The NBF also alleged relentless lobbying for the award by Roopa, as multiple communications were made by her to lobby both to the jury, NBF team, and trustees.

On a related note, Roopa created headlines last year when she exposed the VIP treatment meted to influential prisoners at Bengaluru prison during her stint as the DIG Prisons, ANI reported.