A group show of paintings and sculptures in Delhi brings together 27 artists from across the country, a few from abroad, too. A closer look at one participant who patterns green and yellow hues at banana gardens: 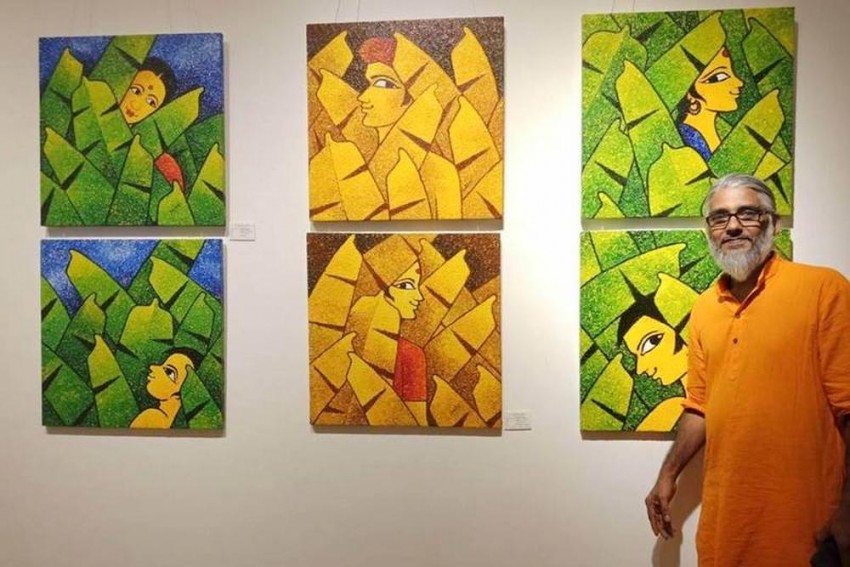 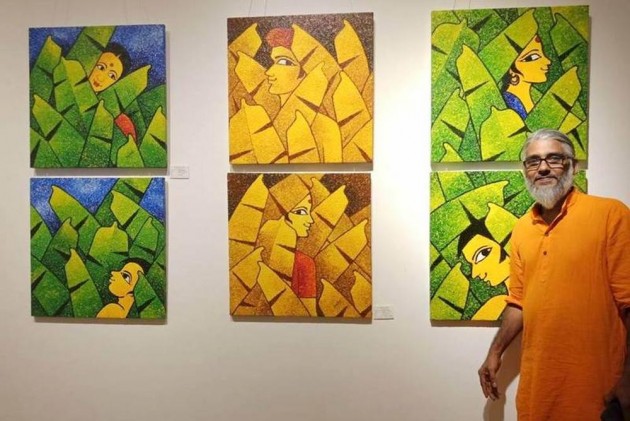 Gireesan Bhattathiripad hasn’t yet named the 35-odd paintings that have evolved as a series over the past six years when he first thought of just converting certain teenage impressions about banana plantations that are aplenty in his part of Kerala. Today, in faraway Delhi, six of them form a noticeable segment of a vibrant show featuring 27 artists from across the country and even abroad. 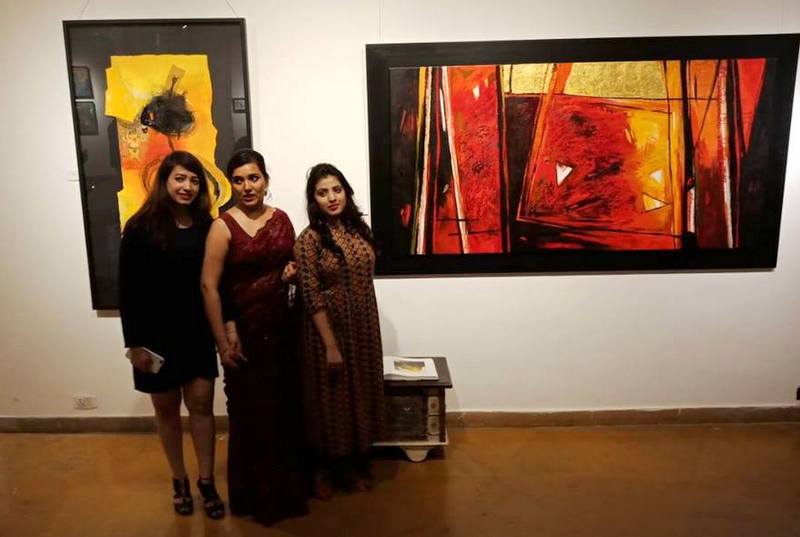 As if hinting at the spirit of their get-together, ‘Soulmate’ is the title of the group exhibition being organised in the capital by Easel Stories in association with National Institute of Fine Arts (NIFA). The June 1-4 event at India Habitat Centre was inaugurated on Friday evening by entrepreneur-educationist Naveen Jindal, a former Member of Parliament. 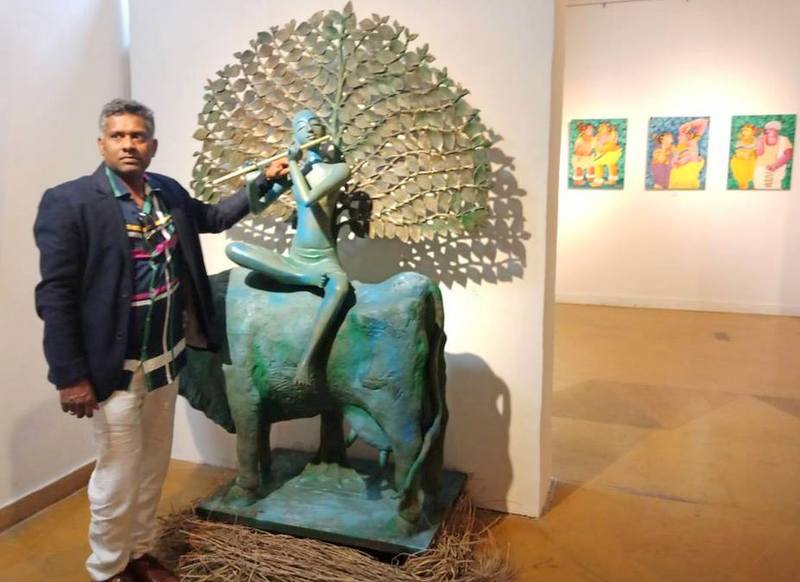 ‘Soulmate’ curator Renu Khera, who founded NIFA in 2005, is glad about having succeeded in lining up a whole range of images under a single roof. “It has been an enjoyable journey with its fair amount of thrills and surprises,” says the young cultural enthusiast. “I’d prefer the participants speak more about their experience.... How the themes evolved within them.” 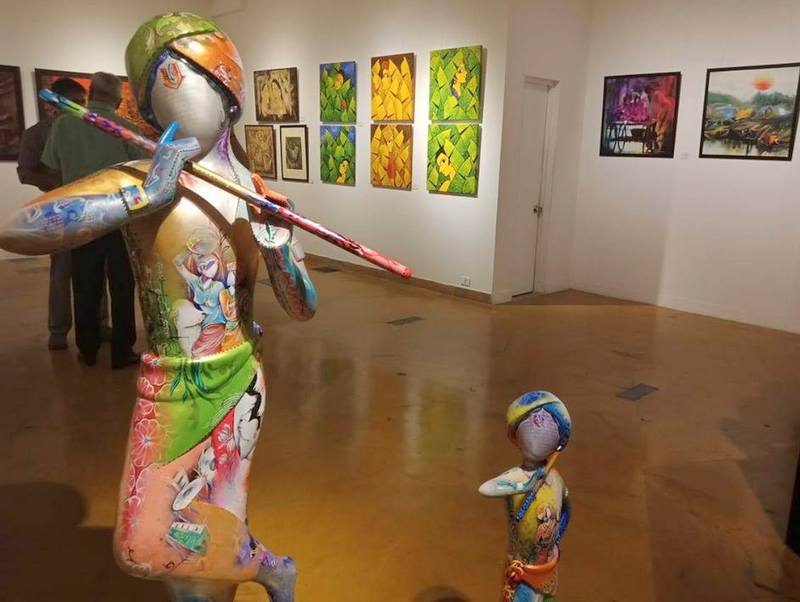 That sets, for instance, Bhattathiripad’s memories back a good three decades ago when he was intensely learning the nitty gritty of sketching and painting from a locally known teacher at a rugged village around the cusp of Palakkad and Thrissur districts. In 1987, just after his matriculation, the boy from coastal Punnayurkulam (northwest of the temple town of Guruvayur) came to the culturally robust Peringode to study art from Ganapathy Master. 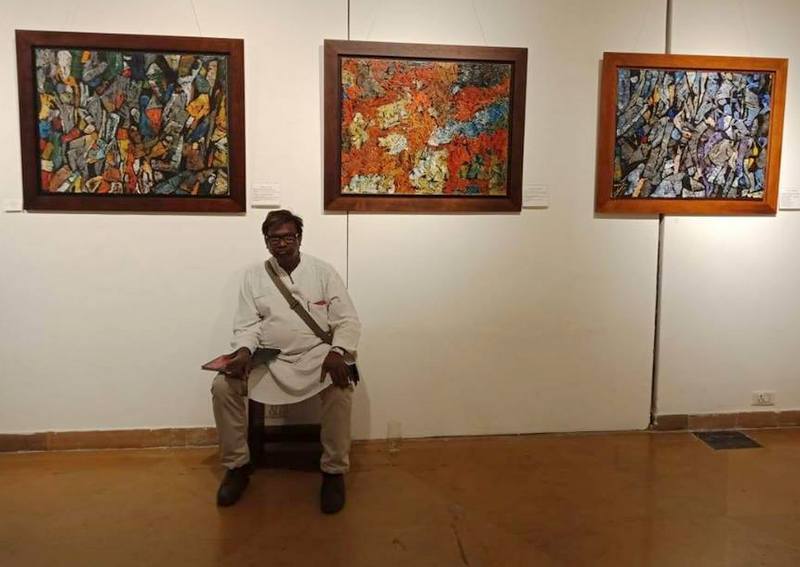 “I stayed in a small house next to my guru’s. Yet it was virtually gurukul. For, I was there to assist my master in his routine domestic matters,” says Bhattathiripad, now in his mid-40s. “It was fun going to the neighbourhood market to buy goods for his needs. He had cows, and to herd them became part of my daily life. He also had a farm in the backyard where we grew lots of vegetables and fruits.” 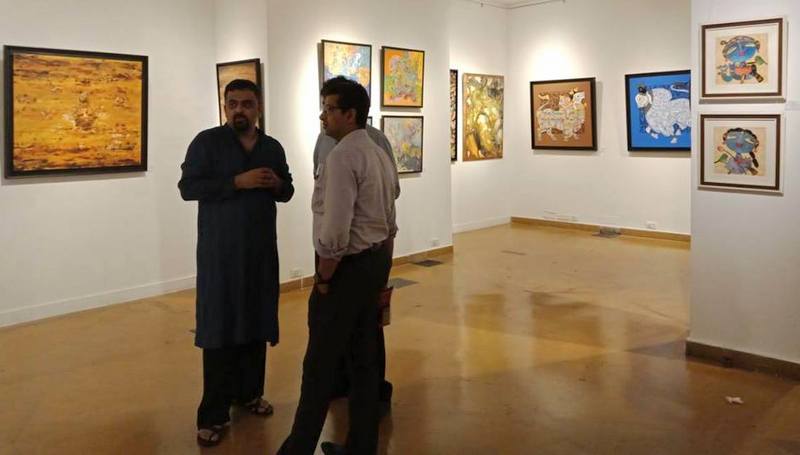 It was there, in the red-soil terrain, that Bhattathiripad found plantain leaves swaying in the tropical breeze—their linear cut-marks conjuring up visuals that began to appear surreal. “Actually if you notice intensely, those long leaves found in various angles—vertical and horizontal—bear crazy geometric patterns. The sunlight and the patches of shade do have a role in this magic,” he says, standing next to his acrylic-on-canvas works showing radiant human faces amid cleaved banana leaves—images that struck curator Rekha during her visit this Februrary to a Mumbai show where Bhattathiripad’s paintings were on display. “It’s another matter that those impressions did take their time to be translated through brushstrokes. That began happening only in 2012.” 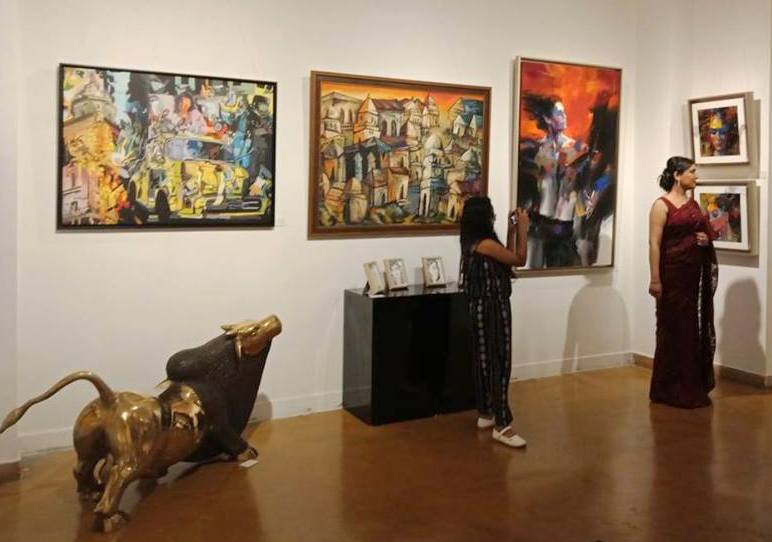 Does the transformation of the colour from green to yellow in the 48”x24” works signify something? “Yes,” chuckles Gireesan, who has assisted art direction in movies during a 1990-93 stint in Madras, after having got a diploma in drawing and painting from the Government of Kerala. “It perhaps symbolises the lessening greenery in Kerala. Yet, there is no much change in the facial expression of the people around. They seem happy-go-lucky.”

Pranav Chandra of Easel, which deals with paintings, sculptures, applied arts and photography, says ‘Soulmate’ is a “small step towards a big agenda: promoting art”.

Hope Issue Of Ban On 'Kaala' Release In Karnataka Will Be Solved: Rajinikanth