Can Covid-19 Spread Through Air?

Experts have noted that transmission rates of SARS-CoV-2 are much higher indoors than outdoors, and transmission is greatly reduced by indoor ventilation. 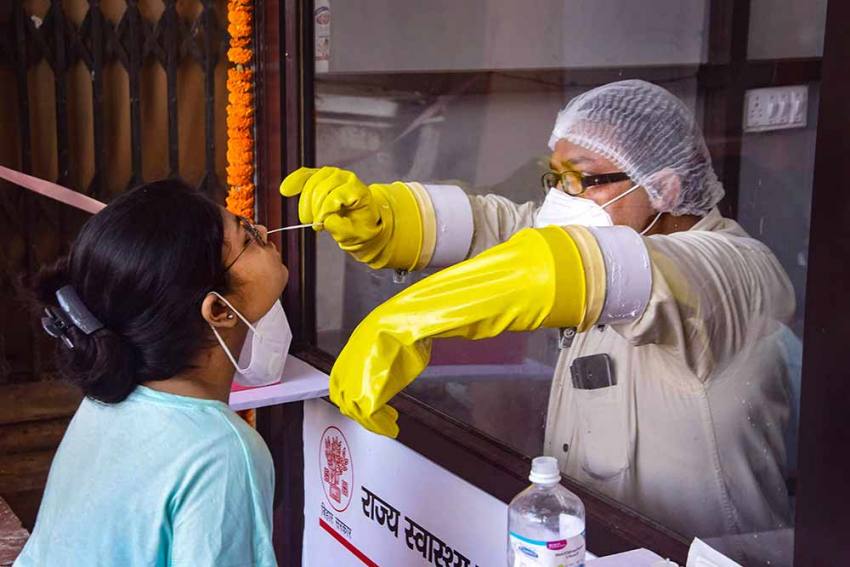 According to a new assessment published on Friday in The Lancet journal, there is consistent, strong evidence to prove that the SARS-CoV-2 virus, behind the COVID-19 pandemic, is predominantly transmitted through the air.

Although some studies in the past have suggested that COVID-19 may spread through air, overall scientific literature on the subject has been inconclusive.

The analysis by six experts from the UK, the US and Canada says public health measures that fail to treat the virus as predominantly airborne leave people unprotected and allow the virus to spread.

In July last year, over 200 scientists from 32 nations wrote to the WHO, saying there is evidence that the coronavirus is airborne, and even smaller particles can infect people.

"It is urgent that the World Health Organization and other public health agencies adapt their description of transmission to the scientific evidence so that the focus of mitigation is put on reducing airborne transmission," Jimenez said.

The team, led by researchers at the University of Oxford in the UK, reviewed published research and identified 10 lines of evidence to support the predominance of the airborne route.

The researchers highlighted the super-spreader events such as last year's Skagit Choir outbreak in the US, in which 53 people became infected from a single infected case.

Studies have confirmed these events cannot be adequately explained by close contact or touching shared surfaces or objects, the researchers said in their assesment.

They noted that transmission rates of SARS-CoV-2 are much higher indoors than outdoors, and transmission is greatly reduced by indoor ventilation.

The team cited previous studies estimating that silent -- asymptomatic or presymptomatic -- transmission of SARS-CoV-2 from people who are not coughing or sneezing accounts for at least 40 per cent of all transmission.

This silent transmission is a key way COVID-19 has spread around the world, "supporting a predominantly airborne mode of transmission," according to the assessment.

The researchers also highlighted work demonstrating long-range transmission of the virus between people in adjacent rooms in hotels, who were never in each other's presence.

On the contrary, the team found little to no evidence that the virus spreads easily via large droplets, which fall quickly through the air and contaminate surfaces.

"We were able to identify and interpret highly complex and specialist papers on the dynamics of fluid flows and the isolation of live virus," said study lead author Trish Greenhalgh.

"While some individual papers were assessed as weak, overall the evidence base for airborne transmission is extensive and robust," Greenhalgh added.

He noted that there should be no further delay in implementing measures around the world to protect against such transmission.

The assessment has serious implications for public health measures designed to mitigate the pandemic, the researchers said.

They said "droplet measures" such as handwashing and surface cleaning, while important, should be given less emphasis than airborne measures, which deal with inhalation of infectious particles suspended in the air.

According to the researchers, if an infectious virus is primarily airborne, someone can potentially be infected when they inhale aerosols produced when an infected person exhales, speaks, shouts, sings, or sneezes.

They noted that some airborne control measures include ventilation, air filtration, reducing crowding and the amount of time people spend indoors.

Wearing masks whenever indoors, attention to mask quality and fit, and higher-grade PPE for healthcare and other staff when working in contact with potentially infectious people are some of the other control measures, according to the researchers.

"It is quite surprising that anyone is still questioning whether airborne transmission is the predominant transmission pathway for this virus or not," said study co-author Professor Kimberly Prather,  from the University of California San Diego, US.

"Only by including inhalation of aerosols at both close and long range can we explain the many indoor outbreaks that have occurred around the globe. Once we acknowledge this virus is airborne, we know how to fix it,” Prather said.

The researchers added that there are many examples of places that have fared much better by acknowledging this virus is airborne from the start, adding the world needs to follow their lead as soon as possible.

Do We Need A New Value-System For Professional Survival In A Post-Pandemic World?