The Modi government's smart city is a techno-utopia which ignores the basic tenants of democratic urban governance. 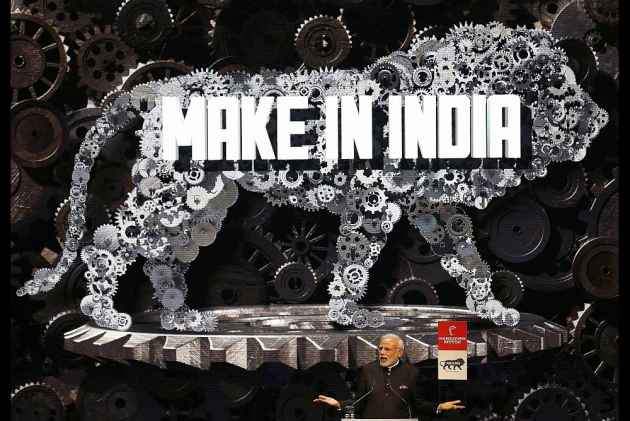 Along with "Make in India", "Smart Cities" seems to be the most hyped up and talked about endeavour of the Modi government. In Modi's recent foreign visits, both of these initiatives were brazenly promoted, most notably in Hannover Messe, Germany, the world's biggest industrial fair. These are not conventional policies (like the National Manufacturing Policy or the National Urban Renewal Mission) but seek to market a particular image of India to key global actors.

But beyond the hype, there is a need to understand what such initiatives seek to do. Just because of the corny sugarcoating, the core idea need not be problematic. Hence, for understanding Modi's "100 Smart Cities" agenda it is useful to look into the Draft Concept Note on Smart City Scheme made available by the Ministry of Urban Development. So what is the government's vision of a "Smart City"? The concept note is very clear that smart cities should provide "very high quality of life (comparable with any developed European City)".

The note states: "Smart Cities are those that are able to attract investments and experts & professionals. Good quality infrastructure, simple and transparent online business and public services processes that make it easy to practice one's profession or to establish an enterprise and run it efficiently without any bureaucratic hassles are essential features of a citizen centric and investor-friendly smart city." Essentially, it is vision of a tech-enabled, red-tape free, utopian world.

The concept note provides very little clarity on what the governance system of smart cities would be. The focus of "institutional infrastructure" is on technology-based solutions to various public problems. The idea of democratic governance seems to be wholly missing in the smart city vision. While homilies of "citizen participation" are dutifully offered, there is no discussion on democracy or local government in the concept note. Buzzwords like smart governance, e-governance and citizen participation have essentially sidestepped the question of democracy.

Democratically elected local governments are an essential feature of Indian polity with appropriate constitutional recognition. With the passing of the 74th Constitutional Amendment in 1992, Urban Local Bodies became fundamental institutions of governance along with central and state governments. The Amendment provided for the devolution of functions, funds and functionaries to elected municipal bodies to ensure that they "function as institutions of self-government".

However, the smart city plan of the government either seems oblivious of the existence of constitutional provisions for urban governance or deliberately ignores the same. It is true that despite constitutional promises, municipal governments in India are often dysfunctional and hence would need reform. The Jawaharlal Nehru Urban Renewal Mission (JNNURM) of the UPA government, despite issues regarding its formulation and implementation, had made the implementation of the 74th Constitutional Amendment and passing of community participation law and public disclosure law as mandatory reforms. However, the smart city agenda completely ignores the role of democratic urban governments.

The absence of any reference to democracy or the Constitution in the concept note does not seem to be accidental. The very idea of "Smart Cities" is based on rhetoric of speed, efficiency and optimisation, all of which are perceived to be absent in our city governments and which technology firms like IBM and CISCO seek to provide. In this context, new institutional arrangements, which are free from politics, are sought to displace Luddite institutions like local governments.

Such institutional innovations are already being carried out in parts of India, in Special Economic Zones (SEZs) and other industrial areas. If the governor of a state declares a particular area to be an "industrial township" under Article 243Q of the Constitution, it need not have an elected municipal body. But as K C Sivaramakrishnan, one of the senior bureaucrats who was involved in the drafting of the 74th Amendment, has revealed, this was a loophole clause introduced at the last minute when the bill was being taken up for clause-by-clause consideration.

Now this provision is seen as an opportunity by enthusiasts of the smart city agenda to create cities that work like clockwork, without the inconveniences of politics and democracy. NITI Ayog member Bibek Debroy in a recent article argued that the reason some of the new greenfield cities "took off" was because it had "governance structures independent of the elected one".

In census towns and other areas that still have not become statutory towns, Debroy senses the opportunity to create smart cities since these are "no man's land". He argues "Since they don't possess elected representatives yet, there are no vested interests." For the set of smart cities coming up in the Delhi Mumbai Industrial Corridor, including the much touted Dholera project in Gujarat, Debroy wants Special Purpose Vehicles (SPVs) to drive urban reform. Hence, the NITI Ayog member seems to favour a form of urban governance free from the quandaries of local democracy.

In case of Dholera, Modi's showpiece project initiated when he was Chief Minister, a legislation called the Gujarat Special Investment Region Act 2009 was passed to create a system of governance without any local democracy for a stretch of 920 sq.km. This area is deemed to be an industrial township and hence instead of a municipal government, it is the Gujarat Infrastructure Development Board, Regional Development Authority and project specific SPVs that are responsible for governance.

The idea of "smart governance" emerging from the Modi government seems to be that of a technology driven networked system free from all the "vested interests" of democracy and local government. The endless promotion of smart cities as symbols of a new prosperous India lets the state exercise a form of discursive power which can make people reluctant to oppose such measures. However, if we still believe in the ideas associated with democracy, we need to question such techno-utopias.

Mathew Idiculla is a Research Associate at the School of Policy and Governance, Azim Premji University, Bangalore.