Home  »  Website  »  National  » Opinion  »  Should We Give Narendra Modi A Chance?
Opinion

Should We Give Narendra Modi A Chance?

In his speeches, Modi pleads: "For 60 years you gave a chance to the Congress, now give me a chance for 60 months. I will give you life, peace and happiness." 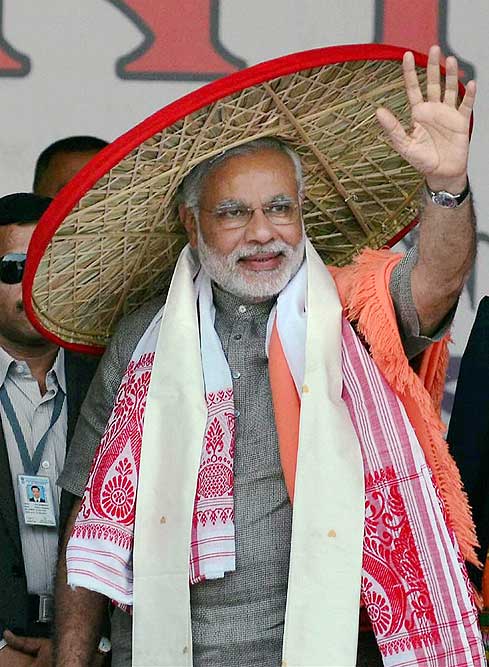 I write this article with trepidation. It has huge potential for being misunderstood. Specifically, it is addressed to Narendra Modi's detractors, among whom I count myself. Of course, I am not in the UR Ananthamurthy league. He said he "wouldn't want to live in a country led by Modi". I have more in common with Amartya Sen's critique, "As an Indian citizen I don't want Modi as my PM. He has not done enough to make the minorities feel safe."

Still, reality hovers. As a journalist I have to read the writing on the wall. It says in capital letters: Narendra Modi will lead an NDA government on May 16. The permutations and combinations of how this is achieved need not detain us. It will take divine intervention to stop him being crowned.

I can think of four main misgivings concerning our prospective prime minister.

First, he is a deeply polarizing figure. You love him or you loathe him. No in-between position exists. His opponents maintain he will destroy the idea of India and promote a majoritarian agenda. New York Times noted, "India is a country with multiple religions, more than a dozen major languages and numerous ethnic groups. Mr Modi cannot hope to lead effectively if he inspires fear and antipathy among many of its citizens." The paper's verdict is hard to refute. Nonetheless, to see him as some Chaplinesque Great Dictator is over the top. Such an impulse probably comes to him congenitally but it is unlikely to be top of his mind when he is sworn-in . If nothing else, Modi has a sharp sense of self-preservation. This may persuade him on the need to wear the Vajpayee mantle.

Second, minorities, particularly Muslims, will not be safe under his rule. Modi is committed to shredding the secular fabric. Remember, he has yet to apologise or express regret for 2002. We have a population of 170 million Muslims; 169 million tremble at his name. His behaviour post-2002 in Gujarat is hardly reassuring.

Now, consider the flip side. Ever since he was declared PM-designate, Modi has been treading with caution, avoiding baiting Muslims or Pakistan. Instead, he has stuck to his jobs/development theme, resisting even in places like Ayodhya and Varanasi, the communal card.

Before you call me a naive fool, let me say I am aware of what happened in Muzaffarnagar and I am also aware of the conspiracy theory: While Modi is talking up one-India, the Parivar is busy stirring the communal pot. Together they are engaged in a familiar double-game.

Even so, Modi is staying away from doing what he does best. In this campaign we have not heard about the Sons of Babar. The prescient H L Mencken said, "If a politician finds out he has cannibals among his constituents, he will promise them missionaries for dinner." Who can deny that there are some 'cannibals' among Modi's diehard loyalists.

Third, he is the classic autocrat/fascist masquerading as 'decisive' leader. Truth here too. We have only to look at the way he governed Gujarat for a decade. He brooks no debate. He is a solo, not a team player. He decimated all opposition from within the party. Does India want to be ruled by a despot?

Again, the flip side. We must credit Modi with minimal intelligence. If his style remains unchanged, the country is in big trouble. India is not Gujarat. His imperious approach which served him well in his home state will spell disaster for him at 7, Race Course. Modi may not have been to Oxford, but surely he understands the difference between Delhi and Gandhinagar.

Fourth, his much-touted achievements in Gujarat are statistical fiction. He is no messiah of good, inclusive governance. He is the rich man's prime minister. Amartya Sen says: "Gujarat's record in education and health care is pretty bad." Incontrovertibly, it is a mixed picture. While the state grew at over 10 per cent between 2002 and 2012, even the Economic Times concluded, "The effects of the high growth are yet to trickle down among its people".

In his speeches, Modi pleads: "For 60 years you gave a chance to the Congress, now give me a chance for 60 months. I will give you life, peace and happiness." Politicians with a dubious past who ask for another chance are generally dodgy customers. And if any customer looks dodgy it is our Narendrabhai.

So, what should we do with Modi's request? Should we throw it in the waste-paper basket and start dusting up our passport? Or should we, while remaining vigilant, give his request some consideration? Each one of us anti-Modiwallahs must make up our own mind. Me, I am not applying for any visas yet!

This was first published in The Times of India

Trouble From The Skies