The Jammu and Kashmir government told the Court that Major Aditya Kumar's name was not mentioned in the FIR filed against Army personnel involved in the firing. 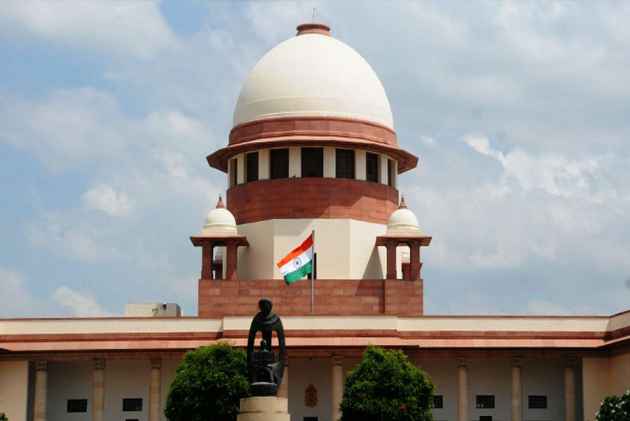 The Supreme Court on Monday put on hold the investigation against an Indian Army Major, who was named in the FIR filed in the Shopian firing, saying no probe would be initiated against the officer till the next date of hearing on April 24.

The Jammu and Kashmir government told the Court that Major Aditya Kumar's name was not mentioned in the FIR filed against Army personnel involved in the firing.

"Let the matter be listed for final disposal on April 24. In the meantime, there shall be no investigation on the basis of FIR till then," a bench comprising Chief Justice Dipak Misra and Justices AM Khanwilkar and DY Chandrachud said.

"Major Aditya is an army officer and cannot be treated like ordinary criminals by the J&K police," the SC said.

NDTV reported  that when the court inquired if this implied that he would not be named as an accused, the Jammu and Kashmir government indicated it could not commit either ways. "It depends on Investigation," the state government said.

The apex court had on February 12 restrained the Jammu and Kashmir police from taking any "coercive steps" against Army officers, including Major Aditya Kumar, who was earlier reportedly named as accused in the case.

Three civilians were killed when Army personnel fired at a stone-pelting mob in Ganovpora village of Shopian on January 27 this year, prompting the chief minister to order an inquiry into the incident.

The FIR was registered against personnel of 10 Garhwal Rifles under sections 302 (murder) and 307 (attempt to murder) of the Ranbir Penal Code (the penal code applicable in Jammu and Kashmir).

Decision would be taken by the Court, I can't speak or comment on it: Lt Col (Retd) Karamveer Singh, seeking quashing of the FIR registered against his son Major Aditya Kumar in the Shopian firing incident case. pic.twitter.com/77naaA8J5M

The J&K police had filed an FIR against Major Aditya and others following the incident of stone pelting in Shopian in which three persons had died. The stone pelters in large numbers attacked the Army following which the personnel were forced to retaliate. The army came out in support of its men and said that they responded only when they were provoked.

The court, which was was hearing a petition filed by the Major's father Lt Col (Retd) Karamveer Singh, also asked the police to file its response in two weeks. Singh sought to quash the FIR and said in his petition that Army personnel should be spared from criminal proceedings. He further sought for the setting up of guidelines to protect the dignity of soldiers and also spare them from criminal proceedings.

Singh has said his son, a Major in 10 Garhwal Rifles, was “wrongly and arbitrarily” named in the FIR as the incident relates to an Army convoy that was on bona fide military duty in an area under the AFSPA and was isolated by an “unruly and deranged” mob pelting stones, causing damage to military vehicles.

The FIR was registered against personnel of 10 Garhwal Rifles, including Major Kumar, under sections 302 (murder) and 307 (attempt to murder) of the Ranbir Penal Code.

The petitioner has sought directions for guidelines to protect the rights of soldiers and adequate compensation so that no Army personnel is harassed by initiation of criminal proceedings for bona fide actions in exercise of their duties.

It has also sought registration of FIR against people involved in terrorist activities which had caused damage to property of the government. Singh has said in his plea that his son’s intention was to save Army personnel and property and the fire was inflicted “only to impair and provide a safe escape from a savage and violent mob engaged in terrorist activity”.

The unruly behaviour of the “unlawful assembly” escalated and they got hold of a Junior Commissioned Officer and were in the process of lynching him when warning shots were fired to disperse the violent mob and protect public property, the plea has said.

Singh has also referred to last year’s incident of a mob lynching DSP Mohd Ayub Pandith to apprise the top court about the situation in the state and the condition in which Army officials were working to control violent mobs in Kashmir.