The video uploaded by another teacher shows the students cowering and screaming in pain as they are hit with a cane. 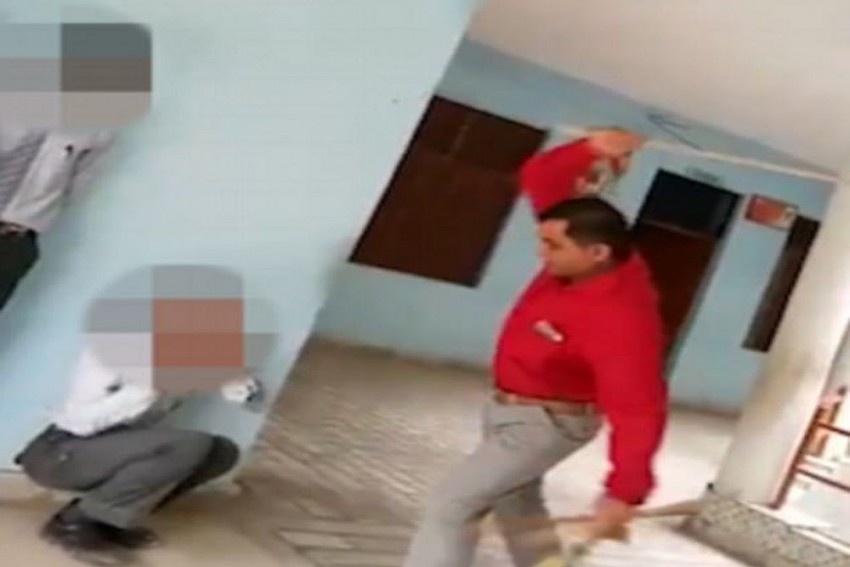 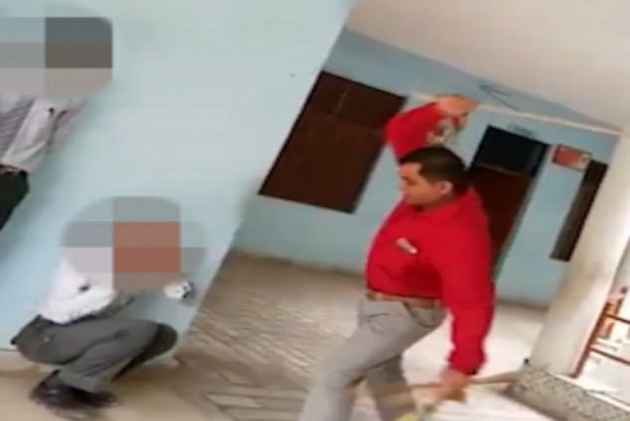 outlookindia.com
2017-08-12T11:21:11+05:30
A disturbing corporal punishment video of the headmaster of a convent school in Fafamau city near Allahabad, Uttar Pradesh, beating up his students with a cane has gone viral.
In fact, some students reportedly even fainted after the teacher continued to beat them until the cane broke, reported Daily Mail.
The video, uploaded by another teacher -- Ashish Mani Tiwari, shows the students cowering and screaming in pain as they are hit with a cane. The children were hit on their hands and fingers. Tiwari has been sacked by the school for uploading the video.
The report said a mother of one of the victim students even lodged a complaint against the school, but was forced to withdraw it after “pressure” from local authorities, the police and the school.
Students at the school had regularly complained that they were 'brutally beaten by teachers over the slightest mistakes'.
Watch the video:
What is corporal punishment?
According to Unicef, the Committee on the Rights of the Child in the General Comment No. 8 defines ‘corporal’ or ‘physical’punishment as,“any punishment in which physical force is used and intended to cause some degree of pain or discomfort, however light. Most involves hitting (“smacking”, “slapping”, “spanking”) children, with the hand or with an implement ……. In the view of the committee, corporal punishment is invariably degrading.
Is It banned in India?
Yes. In 2010, the ministry of women and child development had issued a new set of guidelines that bans physical punishment of students.
First violation of the ban will invite up to one year in jail, or a fine of Rs. 50,000 or both. For subsequent violations, imprisonment could be extend to three years with an additional fine of Rs 25,000. Heads of schools will be responsible to prevent corporal punishment. Teachers found guilty could be denied promotion, and even increments, reported NDTV.
For in-depth, objective and more importantly balanced journalism, Click here to subscribe to Outlook Magazine