Fighting for gay rights on moral grounds isn't working. Let's use greed as a motivator 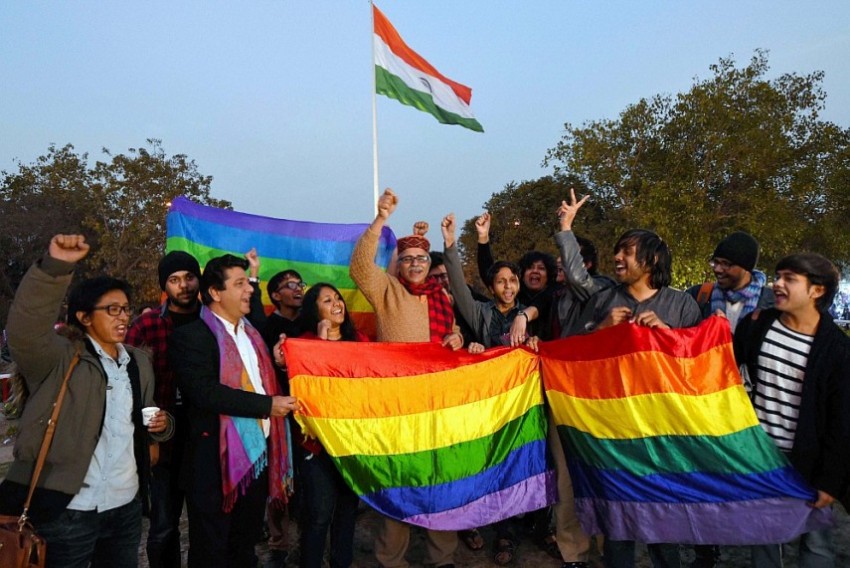 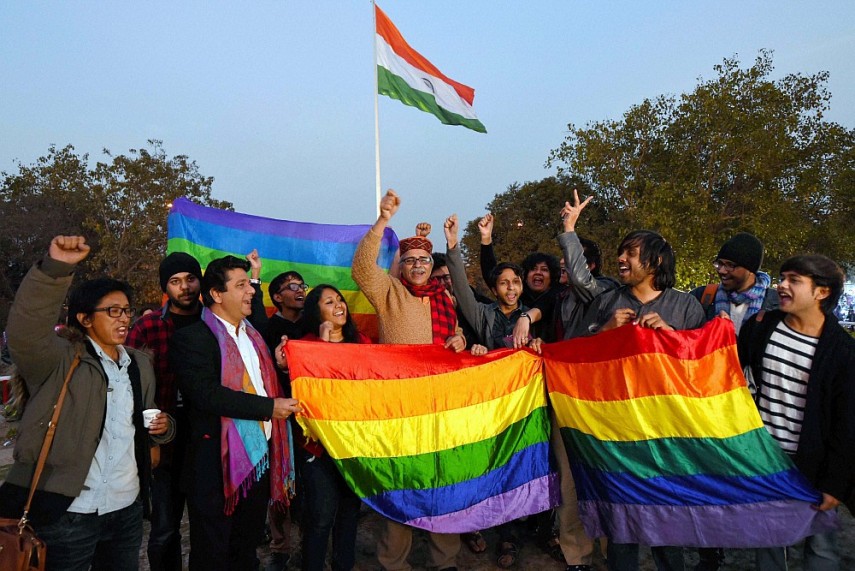 "On 377, I give up, hypocrisy and bigotry triumphs" —Shashi Tharoor

Political leanings aside, most liberals acutely felt Mr. Tharoor's pain when his second attempt at decriminalising homosexuality was defeated in parliament. What rankled more than the loss was the apathy of our lawmakers — the motion died without so much as a discussion.

It's hard to put exact numbers on India's gay population. The government had pegged it at around 2.5 million, which is laughably low. Assuming the international average of 5 percent of the population, India is home to 60 million gays and transgenders, one of the largest in the world. And yet their lives are hounded by a remnant of prudish Victorian times.

Part of the problem is that debate on homosexuality has been framed in moral terms. Our self-proclaimed religious custodians are adamant that gays are a danger to India's social fabric. Last week, even as RSS accepted that being gay shouldn't be a crime, they insisted that it was a "socially immoral" act, one that required psychological treatment.

It's hard to argue on beliefs. Even harder to change opinions.

But maybe we are approaching this the wrong way. Instead of appealing to norms of fairness and justice, perhaps we should present it in economic terms. How much does the country lose when one group is denied full and equal participation?

The economist Gary Becker first proposed this approach when arguing against racial discrimination. He showed that discrimination has a cost for both, the people being discriminated against and the people engaged in it. In aggregate the society is worse off. A bigoted employer who refuses to hire black workers, ends up paying a white worker more for the same productivity. Becker extended this simple model to the whole economy to show how greater competition over time would act to reduce labour-market discrimination.

It's the same here.

A recent study found that countries that treat LGBT people equally also perform better economically. The chart below compares LBGT equality (using an index) to GDP per capita. There is a clear positive correlation between economic growth and greater rights for gays. All things being equal, richer countries are more inclusive. 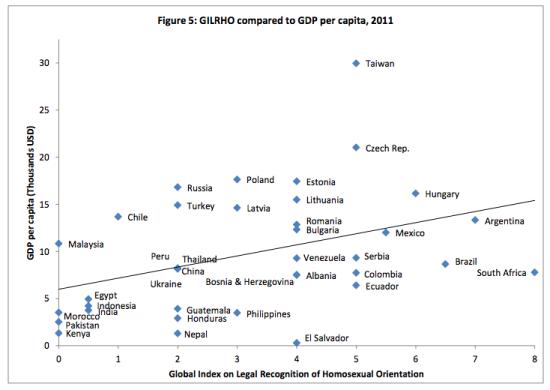 It isn't easy prove which way the link works — does more equality lead to better economic output or are richer countries more open to diverse lifestyles? But the research does show that when LBGT people experience discrimination and violence, their ability to contribute to the economy is diminished. Aggregating this to the whole economy, it is easy to see how exclusion reduces net economic output. A World Bank study estimated that our homophobia is costing us between $2 to $30 billion.

That's an expensive price for a poor country.

Regular readers of this column may see a familiar argument: economic growth as a solution to social ills. That's a bit self serving coming from an economist, a bit like looking where the light is. In fact Gary Becker had famously compared children to durable goods when theorising on the quality and quantity choice that parents make when deciding how many children to have. Economists can be too theoretical at times.

But viewing contentious issues through the cold lens of logic has its benefits. Changing personal beliefs is hard; we become defensive and view the opposing view as adversarial. It's easier for people to change their opinions when viewed in cost-benefit terms. Our selfish instinct is always to maximise our individual gain, so we are open to an economic argument.

As an example, look at how the debate on gay marriage evolved in the US. The politicians weren't keen on pushing the agenda. But employers, primarily technology companies, realised that LGBT friendly policies were important not only for their gay employees, but also to attract other smart employees. Being LGBT-friendly became a competitive advantage in hiring.

Last year when Indiana proposed a law that allowed discrimination of LGBT employees, Salesforce threatened to relocate its 2,000 employees out of the state. More companies joined the boycott, and the loss of key employers forced legislators to rethink the law. By the time most politicians in the country had a change of heart on gay marriage, public opinion had already shifted. Leaders follow public opinion, they rarely shape them.

One hopes that the Supreme Court finally lays an archaic and discriminatory law to rest. But there's a long road between recognising the rights of LGBT people and actual equality. Greed can be a motivator in this fight.