Sebi's investigation wing works overtime to submit a preliminary report to the government on April 13. But findings pertain to records of last three months only. 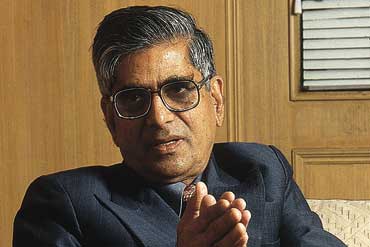 Sources say that SEBI -- whose investigation wing is busy with giving the finishing touches to the report -- is submitting the report to the finance ministry on Friday, April 13. The report is expected to contain details of the bear cartel operation and the nexus between companies (whose share prices were manipulated) and Ketan Parekh, among other findings. It is also very likely to contain information about slush funds from the underworld getting routed into the stock market (See From Dubai to Dalal Street).

SEBI's findings will present the government with enough revelations and pose before the finance minister a tough challenge in taking action from its side particularly on the underworld-stock market connection where SEBI doesn't have the necessary legal powers to act on.

Already, the Central Bureau of Investigation (with whom SEBI has been sharing investigation information) has leaked out information about SEBI finding definite funds movement from corporate biggies like HFCL and Zee Telefilms and banks like Global Trust Bank to around eight Ketan Parekh-controlled brokerage firms. The amounts involved add up to a huge Rs 2,000 crore and were used by Ketan Parekh to meet his settlement obligations as well as to bail out his Kolkata associate-brokers and unofficial badla financiers who were facing major losses on account of steep fall in the K-10 stocks.

SEBI's submission of its first official investigation report to the government will set into motion not only the government's turn to act on its promise of hanging the manipulators but its own action initiatives from its existing regulatory powers.

Interestingly, however, most of SEBI's findings in its report come from its scrutiny of records (of the various intermediaries) which pertain to the period from January this year only. It has yet to go into the past (last one or two years) records which many believe will contain much more shocking revelations since the main rigging operation of Ketan Parekh took place between April 1999 and March 2000.

That's another can of worms yet to open for the government and something for SEBI to chew on!

Ahead Of Its IPO Today, MapMyIndia Bags Rs 312 Crore Funding. Should You Subscribe?