The apex court on July 5 this year, clipped the powers of the LG. It said he has no "independent decision making power" and has to act on the aid and advice of the elected government. 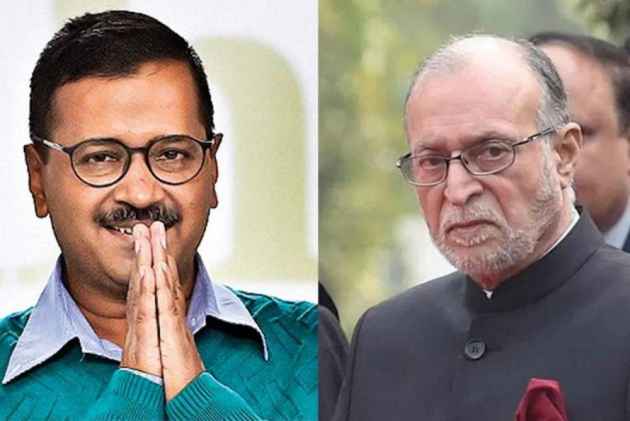 The Supreme Court has agreed to hear next week appeals of Delhi government relating to exercise of its powers in view of the apex court verdict.

A five-judge Constitution bench headed by Chief Justice Dipak Misra had recently laid down broad parameters for the governance of the national capital, which has witnessed a power struggle between the Centre and Delhi government since the Aam Aadmi Party came to power in 2014.

The bench had clarified that issues regarding various notifications issued by the Delhi government in exercise of its administrative and legislative powers would be dealt separately by an appropriate smaller bench.

The bench comprising Chief Justice Dipak Misra and Justices A M Khanwilkar and D Y Chandrachud considered the submission of the Delhi government that even after the verdict the stalemate over the issue of public services was continuing and that needed to be dealt with by an appropriate bench.

"It will be listed sometime in next week," the bench told lawyer Rahul Mehra, representing the Delhi government.

The Delhi government is likely to appeal to the Supreme Court today to dispose of its appeals, including the one on the matter of services, which is a bone of contention between the AAP dispensation and Lieutenant Governor Anil Baijal, at the earliest.

"Will be mentioning the matter first thing tomorrow morning before Hon'ble SC with a request to dispose of all our appeals including the one on "Services" at the earliest possible (sic)," the Delhi government's Standing Counsel (criminal) Rahul Mehra tweeted on Monday.

The apex court on July 5 this year, clipped the powers of the LG. It said he has no "independent decision making power" and has to act on the aid and advice of the elected government.

The judgement by a five-judge constitution bench, headed by Chief Justice Dipak Misra, laid down broad parameters for the governance of the national capital, which has witnessed a bitter power tussle between the Centre and Delhi government since the Aam Aadmi Party government first came to power in 2014.

Chief Minister Arvind Kejriwal had hailed the SC verdict as a victory for the people of Delhi and for democracy.

The judgement, however, failed to end the power-tussle between the Delhi government and the LG, with the Delhi services department refusing to comply with the ruling Aam Aadmi Party's orders on transfers.

Hours after the July 4 judgment, the Delhi government introduced a new system for transfer and postings of bureaucrats, making the chief minister the approving authority.

However, the services department refused to comply, saying the apex court did not abolish a notification issued in 2016, which made the Home Ministry the authority for transfers and postings through the LG.

Chief Minister Arvind Kejriwal wrote to LG Anil Baijal wondering how he can be "selective" in accepting the Supreme Court judgement. In his letter to Baijal, the chief minister urged him to implement the judgment in letter and spirit and asserted that the Home Ministry does not have the powers to interpret the order.

The LG wrote back to Kejriwal, saying that he was quoted "selectively" and charged "erroneously" by the chief minister.