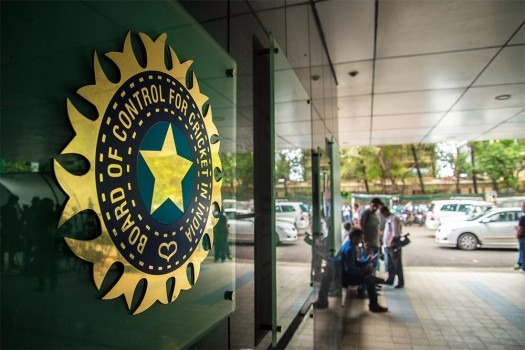 Taking note of their "obstinate behaviour", the Supreme Court today warned three top BCCI officials of "very serious consequences", including contempt, if they do not give suggestions on the board's draft constitution in accordance with its judgement.

The apex court expressed anguish over the "unnecessary attitude" of acting BCCI President C K Khanna, acting secretary Amitabh Choudhary and treasurer Aniruddh Chaudhry, saying it has led to the amended constitution of BCCI not being framed yet, despite the court's order.

"If the aforesaid three office-bearers do not give suggestions in accordance with the judgement of this court, there shall be very serious consequences," a bench headed by Chief Justice Dipak Misra said.

The bench, also comprising Justices A M Khanwilkar and D Y Chandrachud, said the draft constitution shall include the suggestions of the Justice R M Lodha committee in its entirety so that a holistic document can be placed before it for a final decision.

It also made it clear that the suggestions of all stake holders, including Railways, Services and universities, should be incorporated.

At the outset, the bench was furious that these office- bearers were not cooperating with the Committee of Administrators (CoA) headed by former CAG Vinod Rai in making of the draft constitution of the BCCI.

Senior advocate Parag Tripathi, appearing for the CoA, complained that the three officials were changing the entire game, as the stand taken by them was aimed at not implementing any of the recommendations of the Lodha panel, which also comprises former apex court judges, Justices Ashok Bhan and R V Raveendran.

The three office-bearers were present in the court in pursuance to the show cause notices issued against them on August 23.

"Because of their unnecessary attitude and obstinate behaviour, the amended constitution has not been framed. We will issue contempt. Despite our order, nothing was done," the bench said when they marked their presence before it.

After brief deliberations, the bench passed the order making it clear that all stake holders including the three office-bearers would give their suggestions in accordance with its judgements within three weeks for the purpose of drafting of the BCCI constitution.

"We shall be advised by the CoA," the bench said while asking all of them to cooperate in the endevour.

Tripathi said the CoA has already prepared a draft constitution and handed it over to the parties, but only one of them have given suggestions on it.

The bench made it clear that BCCI would not hold a general body meeting for the purpose of drafting the constitution.

The court fixed the matter for hearing on October 30 and directed C K Khanna, Amitabh Choudhary and Aniruddh Chaudhry to remain present before it.

On the last date of hearing, the apex court had expressed displeasure that the directions given by the apex court and its order on the recommendations of the Lodha panel have not been implemented yet.

The bench had also directed the CoA to prepare a draft constitution of the BCCI in terms of its earlier judgment and order on the Lodha panel recommendations.

Cricket Association of Bihar (CAB), through its secretary Aditya Verma, had earlier targetted Amitabh Choudhary in the apex court for allegedly disregarding the court's direction by inviting disqualified cricket administrators to attend the board's meetings.

The court, however, had said it would first go by the COA's fourth status report and then look into the contempt petition filed by CAB.

Justice Lodha panel had suggested a slew of structural reforms, including one state-one vote, in BCCI which were approved by the apex court.