Hindus Feeling 'Insulted' By SC Observation That Ram Temple Is Not A Priority: RSS

After a three-day RSS conclave in Maharashtra, its general secretary BhaiyyajiJoshi said the organisation "will not hesitate to launch an agitation for Ram temple, if needed, but since the matter is in the Supreme Court, there are restrictions." 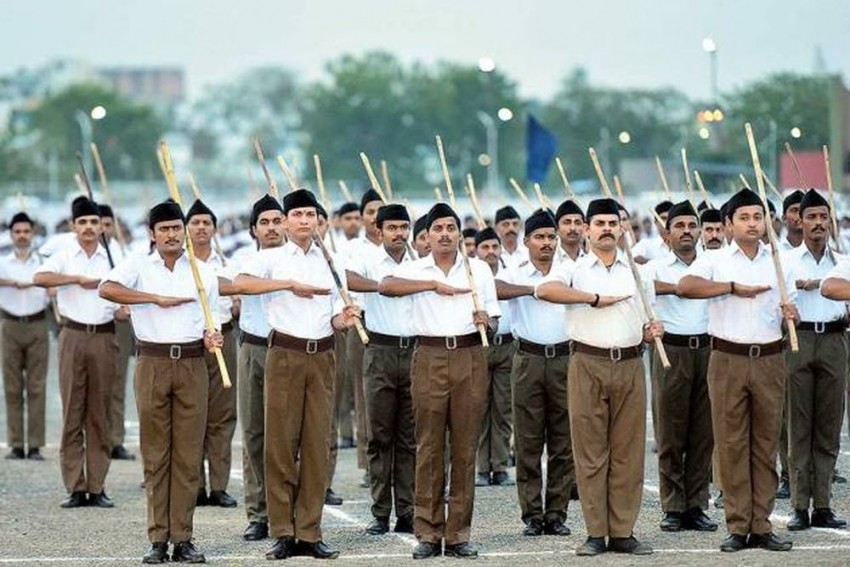 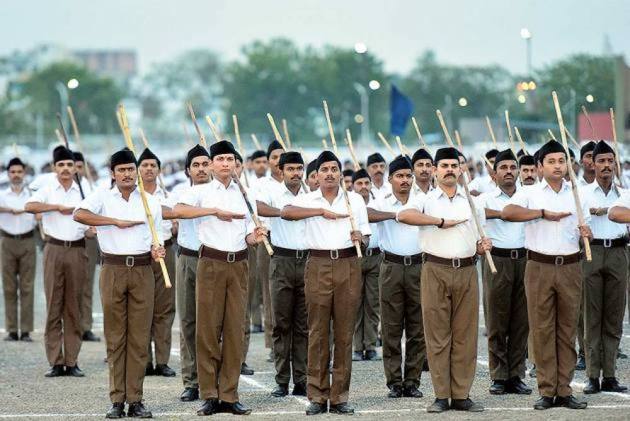 The RSS on Friday said Hindus were feeling "insulted" by the Supreme Court's declaration that the Ayodhya issue is not a priority and insisted that an ordinance would be needed if all options run out.

After a three-day RSS conclave in Maharashtra, its general secretary Bhaiyyaji Joshi said the organisation "will not hesitate to launch an agitation for Ram temple, if needed, but since the matter is in the Supreme Court, there are restrictions."

He said the RSS was "not putting pressure" on the government as "we respect the law and the Constitution which is why there has been delay."

He said the Ram temple issue was among the various matters discussed when BJP President Amit Shah met RSS chief Mohan Bhagwat earlier in the day.

"We respect the Supreme Court and urge it to take into consideration sentiments of Hindus," Joshi said while addressing a press conference after the National Executive meeting of the RSS here on the outskirts of Mumbai.

"The wait for the (Supreme) court's verdict has been too long. Since the matter was listed on October 29, we felt Hindus would get good news before Diwali. But the Supreme Court deferred the hearing," he said.

The Supreme Court on October 29  directed the listing of the Ayodhya title suit matter in January 2019 before an appropriate bench. However, it declined to specify any dates.

"We have our own priorities. Whether the matter will be heard in January, February or March, the appropriate bench will decide," a three-judge bench, headed by Chief Justice
Ranjan Gogoi, had said while deferring the matter.

Earlier, a three judge bench, by a 2:1 majority, refused to refer to a five-judge constitution bench the issue of reconsideration of the observations in its 1994 judgement that a mosque was not integral to Islam. The matter had arisen during the hearing of the Ayodhya land dispute.

Commenting on this, Joshi said, "it is a matter of pain and anguish that an issue which Hindus consider their faith and sentiment is not in the priority list of the court...Hindus are feeling insulted."

He said sensitive issues like this should be prioritised and that delay in giving verdict is not good.

"The Supreme court should respect Hindu sentiments and we respect the apex court," he said.
The RSS expected the court to decide on the issue, "taking into consideration the sentiments of the hindu community," Joshi said.

The RSS leader said a legal sanction is required to pave way for construction of the temple.
When asked about the demand for an ordinance, he said it is the right of those asking for it.
"The government should consider this option if all other options run out... it is up to the government," Joshi said.

At the same time, he added, "Unless the Supreme Court takes a decision on the title suit, it is difficult for the government to take any decision." Joshi was asked if the RSS was putting pressure on the government and why the temple issue was not being decided by the government since it has a majority.

"We are not putting pressure. But we will build consensus. We respect the law and the constitution which is why there has been delay," he added.

To a queryabout Congress President Rahul Gandhi questioning the Hindutva of RSS, Joshi said he should not be taken seriously.

On the issue of the Supreme Court seeking Rafale deal papers, the RSS leader said it is up tothe government to take a call.

Speaking on the Sabrimala controversy, Joshi said the RSS supports the demand for restriction on women's entry into the temple.

"We don't support discrimination against women at Hindu places of worship, but some temples have certain restrictions and people may think it is against their rights. One has to
consider rules of the temple as people's faith is supreme, he said.

"The society doesn't function always on laws but also on beliefs and faith. There should have been discussions with all stakeholders before the sabrimala verdict," he said.

On the conclave, he said the meet deliberated on various organisational matters and a structure plan for water conservation and environment protection will soon be put in
place.