One might claim her for a world in which people struggle for value amid different conditions of mobility and belonging. 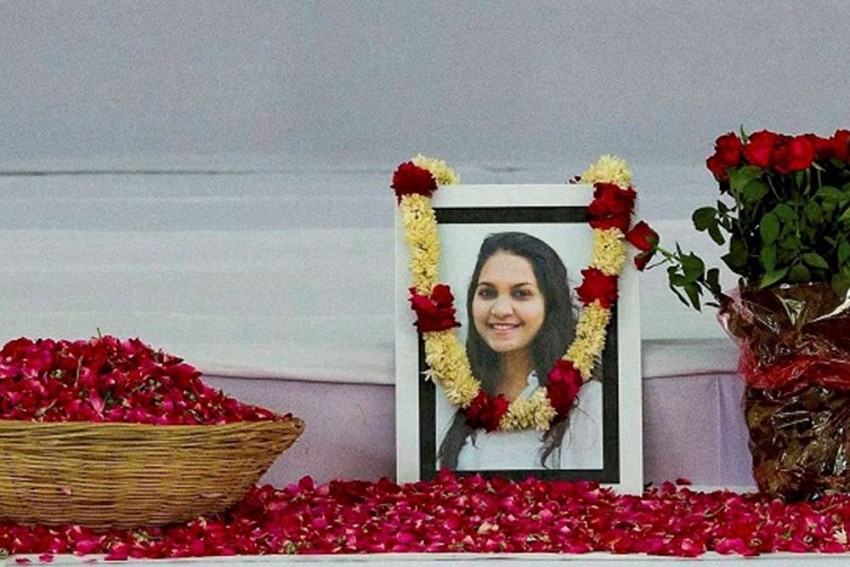 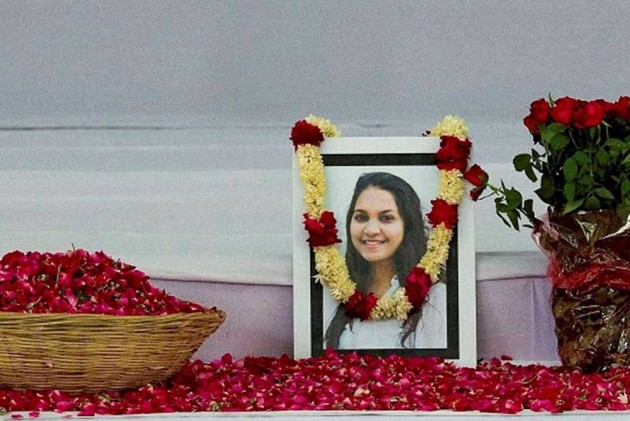 All of us at Berkeley are devastated by the loss of our undergraduate student Tarishi Jain, who was among those killed by the attackers who stormed a restaurant in the elite neighborhood and diplomatic enclave of Gulshan, in Dhaka, Bangladesh, on July 1.

Personally, and on behalf of my colleagues, let me note that we are bereft, that words frankly fail here, and that our hearts go out to all of Tarishi’s family and friends.

Our hearts go out as well to the families and loved ones of Tarishi’s two friends Abinta Kabir and Faraaz Hossain, both students at Emory University, who died with her in the attack on the Holey Artisan Bakery, and to the survivors of all who were killed.

There will be a memorial and vigil for Tarishi and for all who lost their lives in Dhaka, on the Berkeley campus this coming Tuesday, July 5, at noon Pacific time, on the steps of Sproul Plaza where the Free Speech Movement of the 1960s was born. If we are able to get the event live-streamed, we will provide a link here.

Tarishi, eighteen years old, was an incoming sophomore at the University of California, Berkeley, on a summer internship from the Subir and Malini Chowdhury Center for Bangladesh Studies. The internship placed her at the Eastern Bank Limited in Dhaka, where Tarishi was studying the growth of e-commerce.

Subir Chowdhury, the quality-management strategist, writer, and engineer whose donation and vision launched the Chowdhury Center, said of Tarishi that “she was a very talented young lady with a passion to make a positive difference in the world. It is not just a loss for India or UC Berkeley, but a loss for the world.”

An Indian citizen, Tarishi had grown up in many parts of Asia with eight formative years in Dhaka, including high school at the American International School there. Her father had a textile business in Dhaka and was in the city with Tarishi this summer. They were to have left this week for a large family reunion in India. Many concerned and some understandably angry postings I have read over the past hours have claimed Tarishi for India, for Bangladesh, for Hong Kong where we understand her to have permanent residency, and for the United States and Berkeley. One might claim her for a world in which people struggle for value amid different conditions of mobility and belonging.

To think about value, Tarishi was planning on majoring in economics at Berkeley. To think about value, she also studied in the department of South and Southeast Asian Studies on campus, and received rave reviews from faculty there. Professor of Buddhist and South Asian Studies Alexander von Rospatt noted of Tarishi that “she was full of enthusiasm and energy and the aspiration to make a difference in the world, and she was so happy when she won the fellowship.” Her Graduate Student Instructor Kelly Powell wrote that Tarishi “was one of my best students: kind, smart, and with endless potential.”

Tarishi was very active working with the International Students Advisory Board (ISAB) on campus. Aradhana Sachdev, a student in Molecular and Cell Biology at Berkeley active in ISAB, said of Tarishi that she “was an embodiment of genuine kindness,” and her work was “invaluable” to the ISAB as it worked to extend Berkeley’s international legacy.

Tarishi was invaluable, in fact, across campus. She was closely involved with fellow Berkeley students spearheading a project clothing line, "EthiCal," producing clothing with the UC Berkeley insignia all the profits of which were used to support micro-lending projects.

The violence in Dhaka this week echoes and amplifies recent violent events of mass killing worldwide—in Baghdad, Istanbul, and Orlando, this past two weeks alone. It extends the particular escalation of violence in Bangladesh, which has been beset for the past several years by the murders of public advocates of a range of moral commitments, from religious pluralism and LGBTQ dignity to the study of literature.

Bangladesh has been an urgently important country, since its precarious emergence, far outstripping its physical size, for its role as the site of experiments in government, in health, in education, and in economy. The effect of these experiments—from the management of infectious disease to the imagining of novel forms of national and religious belonging, from the creation of micro-finance to the emergence of an unexpected textile boom—is the subject of critical debate.

The potential of Bangladesh—the possibilities of these experiments, and their limitations, in the context of the economic, political, moral, and environmental transformations of the 21st century—has been at the heart of the mission of the Chowdhury Center. The Center, in a remarkably short amount of time, has galvanized debate on how to link debate on what we often clumsily term “religious” versus “secular” political commitment, on the regulation and development of the textile industry and the condition of textile labor, on finance and micro-finance, and on public health and Bangladesh’s unusual history of large non-government organizations like BRAC focused on health reform.

Extending the vision of Subir and of Malini Chowdhury, the Center was inaugurated by two major lectures, by Sir Fazle Hasan Abed and Professor Amartya Sen. It has brought both established and new scholars, government officials, and social activists to Berkeley, and has brought Berkeley faculty to Bangladesh. It inspired Tarishi Jain, who noted in applying for the Internship Program that it gave her the opportunity to return to the country where she had spent eight years, helping her imagine how to bring together economics, industry, and social justice in her career and in Bangladesh.

On the night of the attack, Tarishi had gone to dinner with her friends Abinta and Faraaz to a popular restaurant in Gulshan. The attackers, according to the emerging testimony of survivors, singled out the restaurant as “foreigners” congregated there. The attackers allegedly told restaurant workers that they would not kill Bengalis; a survivor reported that the test of nationalism was the ability to recite from the Koran. Faraaz was told he could be released but elected to stay with his two friends: all three died along with the others singled out for death.

Part of the task is to attend to how the target was, in this case and not as before Bangladeshis who differed in their ethical commitments from their killers. The target was in this case the all too familiar figure of the foreigner. Over the past months, the moral and political threat of the foreigner has marked impassioned debate on “Brexit” in the United Kingdom, and it has marked the rhetoric of Donald Trump and his call for bans and for walls. Each of these sites of public anxiety toward the foreigner are different, radically, from one another, and from the killings in Dhaka, and yet we need to think about them in complex relation. These are our times, and we must mourn with awareness.

In doing so, we might wish to be hesitant and not to rely all to smugly on an easy dismissal of xenophobia or of populism. The challenge for the Chowdhury Center and for the Institute for South Asia Studies, the challenge for all who mourn the violent and cruel loss of Tarishi Jain and of her friends, is to understand far better than we do the specters of our times and how we must struggle to respond.

None of these words, quickly written and of necessity uncertain, can address the aftermath of this violence. We mourn our student and classmate Tarishi, we stand with her family and friends. We stand with our many colleagues and friends in Dhaka touched by this violence.

By Lawrence Cohen and Sarah Kailath