Yet another wake-up call for the government. Six thoughts on the blast outside Delhi High Court that claimed 11 lives and left 76 injured. 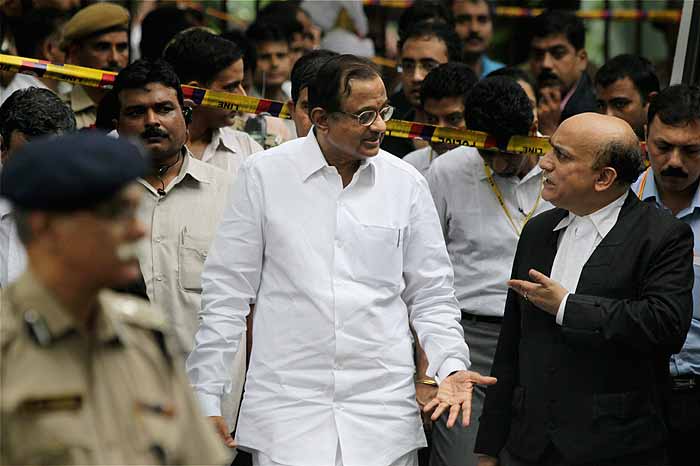 The blast outside Delhi High Court at 10:16 AM today has claimed 11 lives and left 76 injured. An earlier attempt in May to explode a bomb there had failed as the detonator had caught fire, thereby leaving the high explosive intact.

Most people look at intelligence as finding out the perpetrators of the blasts and their cause. That is important but it is not as important as intercepting these terrorist modules and sleeper cells before the blast. The best way to prevent a blast is to neutralise the terrorist before he has built the bomb, not after he has placed it. CCTVs and Quick Reaction Emergency Teams are important but they don’t prevent a blast. At best, they minimise its impact and help in post-blast investigations. Let us not confuse the two measures.

Two, it is a failure of the local police. Even though a similar blast had been averted in May by good fortune, the fact that they allowed another blast to occur at the same place, in the same manner, within a few months is inexcusable. There was no element of surprise in this, except if the local police was callous enough to assume that lightning wouldn’t strike the same place twice. The capability of the local police, and their capacity to handle twenty-first century threats in a megalopolis like Delhi doesn’t exist. It has been so for many years now, and despite much lip-service to police reforms in Delhi by the Union Home Minister, nothing much has been achieved.

Three, the claim by Harkat-ul Jihad al-Islami (if it is actually from HuJI) is of little value. In all likelihood, it is a Red Herring. The email making that claim should be enquired into thoroughly but that claim should not cloud our perceptions about who planted this bomb. As with other blasts in the last couple of years, no one has claimed the blasts and we still don’t know why the blast was conducted. Terror is politics by violent means, and if we don’t know even what the politics behind this bout of mindless terror is, how can the government address their political grievances?

If the blast was about the Afzal hanging case, then the answer is not hanging Afzal today evening itself at the site of the bomb blast. Let our anger not cloud our good sense of judgement. The failure for Indian criminal system to deliver quick justice is not a cause of the blast. It is merely an excuse being used by our enemies, which some of us are easily buying into.

Four, the post-blast investigation report telling us that it had traces of PETN means nothing to the average Indian. It is an attempt by the Home Ministry to depict that it is doing something after the blast. Let us not confuse activity for action. Every blast that uses High Explosives will have a detonator, and that detonator will contain PETN. Show me a blast which uses RDX or ANFO or any other High Explosive, and I will show you traces of PETN there. PETN can also be used as a booster to trigger the bomb. With the proliferation of jehadi manuals on the internet, there are no signature styles of bomb-making left anymore. Let the MHA not pass facts which are true but of little value, just to feed morsels to the hungry media. It should instead focus its energies on the real issues plaguing the system.

Five, the role of the media. In the vacuum of factual information — which will always happen after a blast — speculations, biased opinions and outrage move in rather quickly. It serves little purpose, and perhaps that is the way it is meant to be — fill some space and time with meaningless chatter, which must sound profound, revelatory and important nevertheless. The experts and analysts on the TV shows need to take a step back, review their own videos and they would then develop the courage to say, “It is too early to say anything. I don’t know.” This country deserves at least that much honesty from the media and the experts. They may not realise it now but it is a slippery slope that they are on.

Six, people are angry. They have a right to be angry. They believe that the Indian state is failing in its duty to protect their lives. Indians are in no mood to go back to the ugly days of regular terror strikes on the Indian mainland witnessed during the 15 years preceding 2008. The credibility of the Indian government has hit such a low that people now take offence when the government “condemns” a blast or asks people to display “resilience”. The onus is upon the government to redeem itself. It is a challenge which must be overcome with political imagination. Agreeing to the opposition’s suggestion to suspend the Lok Sabha for the day was a rather daft decision in these times of middle-class cynicism about politics and parliament. The political class in general, and the government in particular, is not sending the right message with its actions. The trust and confidence of the average Indian in the Indian state can not be allowed to wither away. It has long-term consequences.

Finally, there are no fool-proof methods or magical solutions to prevent terror strikes. Terrorists have to succeed only once whereas the security forces have to succeed always and every time. But that dictum cannot be used as an excuse to cover-up the kind of failure witnessed today. It is another wake-up call for the government of the day. Reform or perish.