A G Perarivalan had sought recall of its May 1999 judgement upholding his conviction in the Rajiv Gandhi assassination case as it was devoid of any merits. 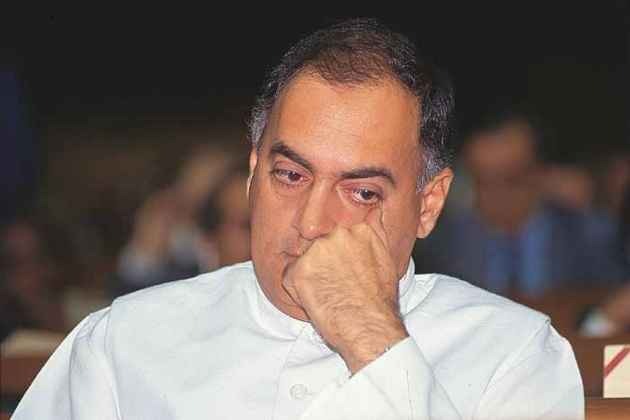 The CBI has told the Supreme Court that A G Perarivalan's plea seeking recall of its May 1999 judgement upholding his conviction in the Rajiv Gandhi assassination case should be dismissed as it was devoid of any merits.

In an affidavit filed in the apex court, the CBI's Multi Disciplinary Monitoring Agency (MDMA), probing the larger conspiracy aspect behind Gandhi's assassination, has said that the role of convict A G Perarivalan in the conspiracy resulting in the killings of the former prime minister and others have already been upheld by the top court.

The agency said that the application seeking recall of the May 11, 1999 apex court judgement was not maintainable since it seeks to reopen the whole matter on merits which cannot be permissible.

The MDMA also said that Perarivalan's petition seeking review of the apex court's order upholding his conviction in the case has already been dismissed.

"It's therefore most respectfully prayed that this court may be pleased to dismiss the application for recall of judgement dated May 11, 1999, in the interest of justice and impose heavy cost 0n the applicant (Perarivalan) herein," the agency said in its affidavit.

The affidavit was filed in pursuance of the apex court's January 24 direction asking the CBI to respond to Perarivalan's plea seeking recall of the May 1999 order upholding his conviction.

The court had termed as "serious" and "debatable" the questions raised by Perarivalan.

He has sought recall of the apex court's order, saying he was not aware of the conspiracy.

Former Prime Minister Rajiv Gandhi was assassinated on the night of May 21, 1991 at Sriperumbudur in Tamil Nadu by a woman suicide bomber, identified as Dhanu, at a poll rally.

Fourteen others, including Dhanu herself, were also killed.

Gandhi's assassination was perhaps the first case of suicide bombing which had claimed the life of a high-profile leader.

In its May 1999 order, the top court had upheld the death sentence of four convicts -- Perarivalan, Murugan, Santham and Nalini -- in the assassination case.

In April 2000, the Tamil Nadu governor commuted the death sentence of Nalini on the basis of the state government's recommendation and an appeal by former Congress president and Rajiv Gandhi's widow Sonia Gandhi.

On February 18, 2014, the top court had commuted the death sentence of Perarivalan to life imprisonment, along with that of two other prisoners - Santhan and Murugan - on grounds of a delay of 11 years in deciding their mercy pleas by the Centre.

In his application, 45-year-old Perarivalan has said that he was held guilty of supplying two nine-volt batteries which were allegedly used in the improvised explosive device (IED) that killed Gandhi.

The reasons due to which his conviction was sustained by the apex court would "vanish completely" in the wake of the affidavit by V Thiagarajan, a former CBI officer, it said.

Thiagarajan, then a superintendent of police of CBI, had recorded Perarivalan's confessional statement under the Terrorist and Disruptive Activities (Prevention) Act.

The application claimed that in his affidavit the former CBI officer had stated that Perarivalan had expressly stated in his confessional statement that at the time of purchase of the batteries, he had absolutely no idea for what purpose these were going to be used.

While hearing Perarivalan's plea earlier, the top court had observed that the probe by CBI's Multi Disciplinary Monitoring Agency (MDMA) in the larger conspiracy aspect behind Gandhi's assassination did not appear to have achieved "much headway" and could be "endless".

The MDMA, set up in 1998 on the recommendations of Justice M C Jain Commission of Inquiry which had probed the conspiracy aspect of Gandhi's assassination, is headed by a CBI official and comprises officers from IB, RAW and Revenue Intelligence and other agencies.