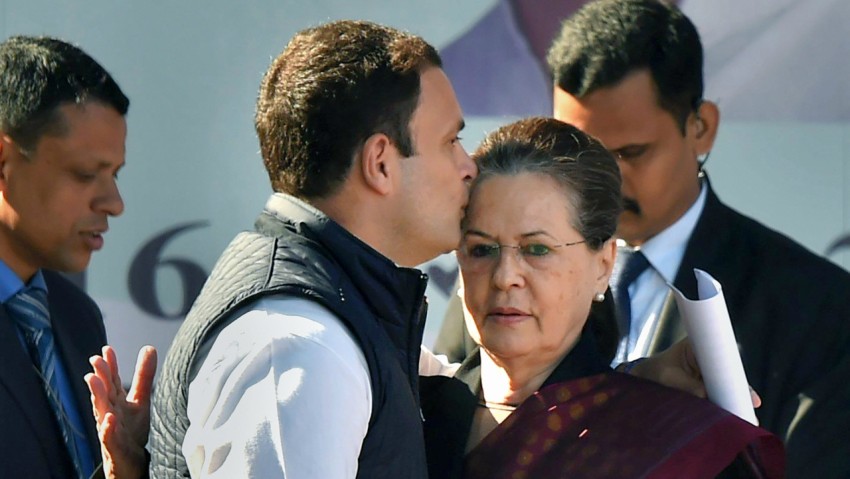 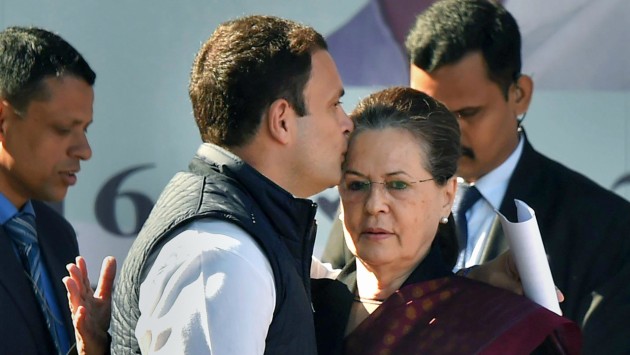 Exactly a year after he was elected Congress President, Rahul Gandhi has steered his party to election victories in Chhattisgarh and Rajasthan and possibly in Madhya Pradesh where the party was in neck-and-neck race with the ruling BJP throughout the day.

Rahul Gandhi, who had led his party’s campaign, was quickly credited by his party and mother, Sonia Gandhi.

Earlier, hailing its good show in assembly polls, Congress tweeted, "Thank you India, you have chosen love over hate, peace over violence & truth over lies. This victory is yours," read a tweet on the party's official Twitter handle, with the hashtag 'CongressWinsBIG'.

Thank you India, you have chosen love over hate, peace over violence & truth over lies.

After the disastrous loss in the 2014 Lok Sabha polls and the series of defeats in subsequent Assembly elections, the current results will be the first outright victory for the Congress in a direct contest against the BJP and is expected to be a morale booster for the party as it gears up to take on the BJP-led National Democratic Alliance in next year's general elections.

Gandhi was elected Congress President unopposed last year on December 11 at the culmination of party's organisational elections.  He took over from his mother Sonia Gandhi who had helmed the country's oldest party for 19 long years.

Gandhi has effected changes both organisationally and in the way it approached election campaigns. The party's outreach now combines conventional way of campaign with an active presence on the social media. It has been vociferously taking up issues against the Narendra Modi government and immediately reacts to issues.

Gandhi has also been campaigning extensively in election bound states, holding rallies, road shows and press conferences. He has also been making regular tweets in which he sharply attacks Prime Minister Narendra Modi on a range of issues including alleged corruption, jobs, demonetisation and Goods and Services Tax.

"Today is a decisive day and Rahul Gandhi became Congress chief on the same day last year. And what can be a better gift than the party forming its governments in three BJP-ruled states," Pilot said.

The latest Election Commission figures show that Congress was poised to register a comprehensive victory in Chhattisgarh, leading in 66 constituencies in a House of 90.

It is poised to win 101 seats in Rajasthan and cross the half-way mark.

In Madhya Pradesh, it is leading in 115 constituencies compared to 106 by the ruling BJP. The BJP has been ruling both Madhya Pradesh and Chaattisgarh for the last 15 years.

The Congress could not perform to its expectations in Telangana, where the ruling Telangana Rashtra Samiti is poised to register a handsome victory. Congress has also been voted out of power in Mizoram.

SC To Centre: 10 Km Area Around 21 National Parks, Sanctuaries To Be Eco-Sensitive Zone 'At The Earliest'