Team India's true challenge and test will always lie outside the subcontinent. 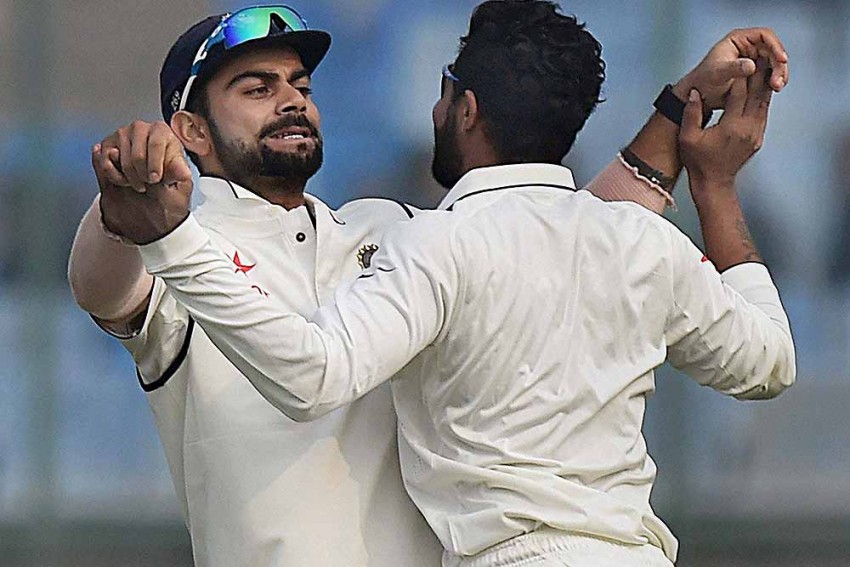 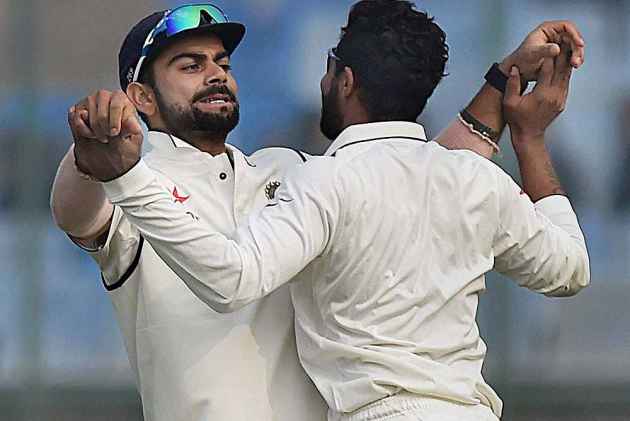 It was a foregone conclusion that South Africa would lose the Test rubber to hosts India. But the margin of victory, 3-0, may have come as a surprise to even the staunchest supporters of Team India. It could have been 4-0 but for the rain disrupting the second Test in Bangalore.

No sensible cricket lover was probably in any doubt which way the series was going after the first Test in Mohali, where the Proteas crumbled on a dustbowl designed to help the Indian spinners. In a way, the visitors never really recovered from the jolt they received at the very outset.

The pitch for the third Test in Nagpur was the worst of its kind. Understandably, it turned out to be a very low-scoring contest. If South Africans had managed to score some more runs, they had a good chance of ?squaring? the series in Nagpur. But they found the Indian spinners too difficult to handle.? ?

By the time they got the best wicket in the series, for the fourth Test in Delhi, all was lost, including cricketing pride, for the Proteas. Unable to overcome the earlier shock defeats, and increasingly under some sort of psychological hold of the Indian spinners, they lost by 337 runs.

Irrespective of the fact that the rubber was played in an environment tailor-made for the home spinners, Virat Kohli and the rest of the Indian players have a right to feel delighted and celebrate the triumph. But a fair assessment suggests that they were hardly or never truly tested.
? ?
Except in Delhi, wickets at all the three venues were rank turners and it was not surprising at all to see Ravichandran Ashwin and Ravindra Jadeja, as well as Amit Mishra at intervals, making the clueless South African batsmen hop and dance to their tunes.

The phenomenal AB de Villiers, indisputably the world's finest batsman at the moment in all the three formats of the game, was brought down to a mortal level. Though he scored two half-centuries,? a?nd fought gallantly on the final day of the series, he was never allowed to blossom.?

The great Hashim Amla was reduced, when not dismissed quickly, to an eternal struggler at the crease. He carried his bad form of the shorter duration matches into the Test series. It may not be exaggeration to say that the South African captain was not allowed to breathe at the crease throughout the tour.

If this was the plight of South Africa's two most experienced batsmen, it is not hard to imagine how the rest must have gone through when up against Ashwin, Jadeja and company. That Ashwin used to open India's bowling with a new-ball bowler highlights the dominance of the Indian spinners.

But then the Indian batsmen also did not have a happy time in the series till the last Test in Delhi, where Kohli played a gem of an innings and Ajinkya Rahane scored a century in each innings. The hosts were bowled out for 201 (Murali Vijay 75) and 200 (Cheteshwar Pujara 77) in Mohali.
?
They did not get to bat in Bangalore. In Nagpur, they were sent packing for 215 (Morne Morkel 3 for 35) in the first essay and 173 (Morkel 3 for 19) in the second. Vijay's painstaking 40 in India's first innings turned out to be the highest individual score of the Test.?

In Delhi, too, all the frontline batsmen, save Rahane, failed in the first innings before the monk-like Mumbai batsman and Kohli made amends in the second with some spectacular batting. Like good hosts, the Indian batsmen gave an equal share, in terms of their own dismissals, to the South African spinners and speedsters right through the series.

While there is no doubt about the rousing success of the Indian spinners, a question mark will always remain against their ability to be even half as effective outside the subcontinent. Jadeja, who has been reaping a rich harvest of late, has been seen struggling on better surfaces, which offer equal chances to both medium-pacers and batsmen.

It is a very vital piece of statistics that of Ashwin's 176 wickets, 126 have come on the Indian pitches. As if that were not enough, Ashwin has taken at least half of his remaining 50 wickets on the other parts of the subcontinent, more specifically in Bangaladesh and Sri Lanka. And Ashwin is considered to be his captain's prime wicket-taking bowler, not just in India.

Though Umesh Yadav chipped in with 5 wickets, Varun Aaron with 2 and Ishant Sharma with 1, it is fair enough to say India really did not need to play any new-ball bowler in the series. The surfaces were prepared for spinners only. The Indian medium-pacers did not get to bowl too many overs. And there was no need to trouble them either.

Though South African spinners also made merry at times, particularly leggie Imran Tahir, it was fast bowler Morkel, who proved himself even on wickets cruel to his kind of bowling. It was a measure of his class that he was able to generate lively speed even on these pitches.
?
Morkel, who did not play in the first Test, challenged and troubled the best of Indian batsmen with his hot pace, movement and lifting deliveries. The 9 wickets that he took in the series is a tribute to his genius. It may appear to be a small number, hardly revealing much, but statistics can sometimes be deceptively misleading.

Ask the Indian batsmen, especially Shikhar Dhawan and Pujara, and they will vouch for the fire and hostility with which Morkel bowled and tortured them. Just imagine what Morkel and other South African speed merchants can do on wickets conducive to fast bowling.
?
Also imagine how most of our batsmen would fare against the world's topmost fast bowlers like Morkel, when they are bowling on green and bouncy pitches and firing on all cylinders. Except in Delhi, the South African bowlers did not allow the Indian batsmen to flourish much.?
Unfortunately for the visitors, Dale Steyn could bowl just 11 overs in the first Test before he was rendered hors de combat for the remainder of the series. If South Africa had a good fast bowler to support Morkel, and an equally good spinner to assist Tahir, things might have been a bit different.

Regardless of the triumph, the series has confirmed some bitter facts for the Indian team think tank to ponder over. India still does not have a settled opening pair, which is a key to the success of the team in the serious business of Test cricket. While Vijay does not cease to amaze, Dhawan has only been disappointing.
? ?
The selectors have been generous to a fault to both Dhawan and Rohit Sharma, who was the flop of the series, but their glaring, repeated failures have jeopardised their place in the Test team now. Though delightful batsmen when on song, both Dhawan and Sharma lack patience and perseverance.

Sharma may have played his last Test and Dhawan, too, would find it extremely difficult to retain his place. It is a pity that such a brilliant batsman as Sharma, who looks so classy and elegant when in full flow, appears so lackadaisical whenever he goes out to start a new innings. And he gives the impression of throwing away his wicket.

Pujara's has been a growingly mysterious case. Here is a master batsman acclaimed for his patience and technical excellence. But bar the second innings in Mohali, when he played a scintillating, almost match-winning 77, he appeared to be feeling nervous at the crease. If anything, he was bowled neck and crop in his last three innings.
?
Spectators and viewers also start getting nervous along with Pujara when he enters 20s and 30s because of late he seems to have developed a tendency to get out in those scores. It is strange that Pujara has suddenly been finding it increasingly difficult to convert those 20s and 30s into bigger scores.

"I see nothing wrong with Cheteshwar's approach or technique. If he gets out in 20s and 30s, it's just one of those things," says his Saurashtra coach Sitanshu Kotak. "He is still the same vintage batsman and will always remain so. Don't forget the way he essayed that 77 in Mohali. I'm certain it's just a matter of time before he begins playing his customary bigger innings again."
? ?
By the same token, Kohli and Rahane were also rank failures before the final Test. All this points to one thing: not only does India still lack a settled opening pair; there are chinks in its middle-order, which can easily be exposed on a good wicket by a better set of bowlers.

Wicketkeeper Wriddhiman Saha's glovework left a lot to be desired and his batting, too, was hardly impressive. With such lacklustre performance behind and before the stumps, Saha should not be made to feel that his place is secure in the team. In fact, it may not be a bad idea to give another chance to Parthiv Patel, who last played a Test in 2008. Arguably a better wicketkeeper and batsman than Saha, the Gujarat captain is still only 30 and has much cricket left in him?.

It was just because of the flamboyant and better-performing Mahendra Singh Dhoni that Patel missed so much of international cricket after making his Test debut in 2002 as a promising 17-year-old wicketkeeper-batsman. He is far mature and better cricketer now.

As for Kohli's captaincy, he may have added another feather to his cap with this series win. But, frankly, he did not have much to do as captain almost throughout the series. Any other captain would have achieved the same result. All Kohli had to do was order the groundsmen to make the wickets of his choice. And the rest was done almost mechanically by Messrs Ashwin, Jadeja and Company.

Team India's true challenge and test will always lie outside the subcontinent.

The Sour Taste Of Victory