Is India really open to do business with the world? 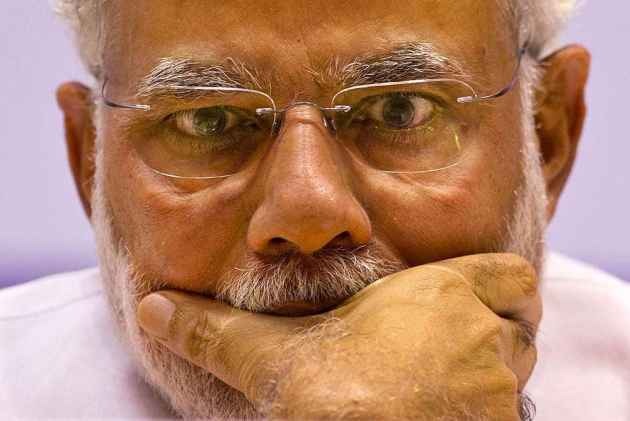 Is India really open to do business with the world? Despite Prime Minister Narendra Modi's 'open economy' claims at the recently held World Economic Forum Summit in Davos, India has raised import duties to their highest in three decades.

In a complete u-turn from his statement, the government has increased import duty on various commodities, including automobiles, smartphones, cameras, televisions, said a Bloomberg report. The move has seen a strong response from ally theUSA.

The government increased tariffs on imported smartphones to 20% in the Union Budget on February 1, prompting Apple to raise the price of an iPhone X by Rs 3,200. The government is also considering a 7.5% tariff hike on the imported solar panels. The proposed change could imperil Prime Minister Narendra Modi’s ambitious goal of installing 100 gigawatts of solar energy by 2022, observed Bloomberg in a report.

On Wednesday US President Donald Trump criticised India for imposing high import duty(50%) on the iconic Harley-Davidson motorcycles and threatened to increase the tariff on "thousands and thousands" of Indian motorcycles imported to the US. Trump once again pitched for a "reciprocal tax" on countries that he says "abuse" their trade relationships with the US.

"India has taken a dramatic protectionist turn," Richard Rossow, an Indian policy expert at the Washington-based Center for Strategic and International Studies, wrote in a note. "The scale of India’s protectionist leap is surprising and likely to elicit a strong response from the United States and other major trading partners."

The country's main stock exchanges are also following the suit. Earlier this week, the NSE decided to stop sharing data with international markets such as Singapore in a bid to route more future tradings through India. The move, CNN Money reported "sent shivers through Singapore" with the Singapore's Stock Exchange (SGX) plunging more than 7%.

Modi in Davos had said that India is open and ready to do business in a big way, asking the world to invest. He talked at length about India being an economy that can be an engine of global growth. "We want others to participate in our growth and want to participate in others’ growth as well."

Criticising the new trade barriers across the world that "has lead to reduced investment across borders", Modi had expressed his desire "to not only save themselves from globalization, but to reverse the natural flow of globalization altogether."

"The forces of protectionism are raising their heads against globalization," he had said.