According to a statement issued by the VHP in Delhi, Togadia, 62, who suffered from low blood sugar levels, was found in an unconscious state in Shahibaug. 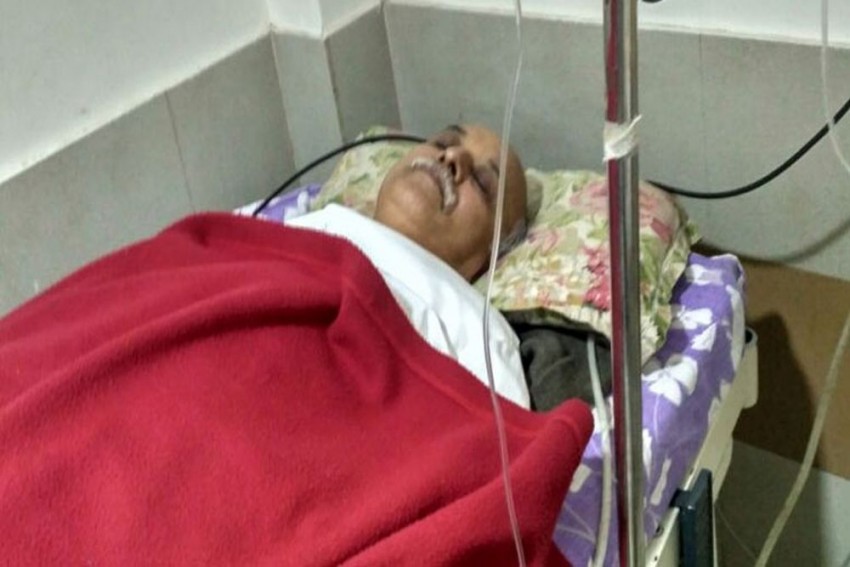 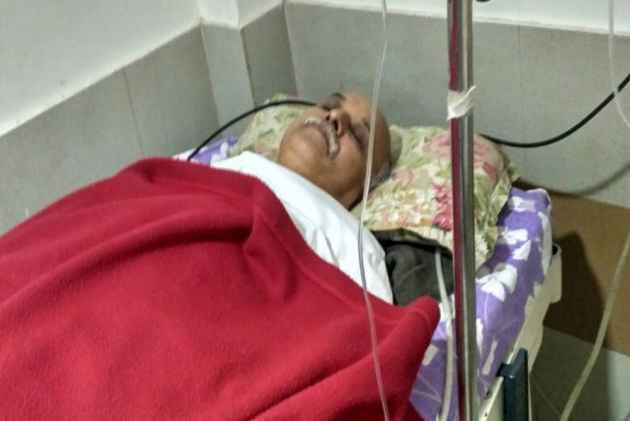 Hours after being "untraceable" from Ahmedabad Monday morning, VHP international working president Pravin Togadia was found in an unconscious state in Shahibaug area of the city in the night and was rushed to a hospital.

The VHP leader, a Z Plus category protectee, went "missing" after stepping out of the VHP headquarters in Paldi area of the city when a contingent of Rajasthan Police came to arrest him in an old case.

According to a statement issued by the VHP in Delhi, Togadia, 62, who suffered from low blood sugar levels, was found in an unconscious state in Shahibaug and was taken to Chandramani Hospital located in the same area.

"Togadia was brought to the hospital by someone in the 108 ambulance service. He was in an unconscious state," said Dr Rupkumar Agrawal at the hospital.

He said Togadia became unconscious as his sugar level had dipped, but was stable now.

Shahibaug is around 12 kms away from the Paldi office of the VHP.

The city police formed four teams to locate the Hindutva leader after he went "missing" from the VHP office in the morning.

VHP spokesperson Jay Shah said, "Togadia was brought to the hospital by somebody in an 108 ambulance."

As the word spread, hundreds of VHP workers rushed to the hospital.

The VHP had earlier claimed Togadia was detained by the Rajasthan Police in connection with the case, but the latter denied this.

The mystery over Togadia's disappearance had deepened, with a senior police officer maintaining that neither the local Sola police nor the Rajasthan Police arrested him.

Sola police station officials said a team of Rajasthan Police visited them today to execute an arrest warrant against Togadia under section 188 (disobedience to order duly promulgated by public servant) of the IPC, but could not find him at his residence.

According to a senior Crime Branch officer, Togadia, a resident of Thaltej area in the city, boarded an auto-rickshaw from the VHP headquarters in Paldi area this morning and has been untraceable since.

Addressing a press conference on Monday evening, joint commissioner of police (Crime Branch) JK Bhatt said neither the Sola police nor the Gangapur police in Rajasthan have arrested Togadia.

"The Rajasthan Police went to Togadia's residence in Thaltej area with the Sola Police to execute an arrest warrant (at around 10:45 AM) this morning. But, Togadia was not found there. However, VHP workers thought that he was arrested, which is not true," Bhatt told reporters.

The officer said Togadia was present at the VHP state headquarters in Paldi area of the city since last night.

He left the office in an auto-rickshaw with a "bearded man" at around 10:45 AM today, said Bhatt.

"An SRP (State Reserve Police) jawan, who was deployed outside the VHP office, told us that Togadia and a bearded man called an auto-rickshaw and left the office at around 10:45 AM. Before leaving, Togadia told the security staff the he will be back within 30 minutes. We have formed four teams to trace him," the JCP said.

Earlier in the day, VHP spokesperson Jay Shah claimed that Togadia was detained by the Rajasthan Police in an old case.

Rajasthan Police had denied having detained or arrested Togadia.

"Togadia was not at all arrested by our team. As per my information, the police team of Gangapur (in Rajasthan) is returning without executing the arrest warrant, as he (Togadia) was not found in Ahmedabad. It is a rumour that Togadia is in our custody which is not true at all," said Inspector General of Police, Bharatpur range, Alok Kumar Vashishtha had said.

Gangapur town is in Sawai Madhopur district of Rajasthan and falls under the jurisdiction of Bharatpur range of the state police.

At around 4 PM, a group of 40 workers of the VHP laid a siege to Sola police station and shouted slogans for the "release" of their working president.

Later, another group of VHP workers blocked the busy Sarkhej-Gandhinagar highway, but police broke up the protest. Similar protests were held in Paldi area here and in Surat city during evening.

In Paldi, VHP workers had blocked roads and damaged some buses.

The situation was brought under control after police rushed to the spot.